Jayden Wilson, 5, was diagnosed with Stage 4 glioblastoma multiform (GBM) brain stem tumor. His family was told he roughly have 1 year to live. 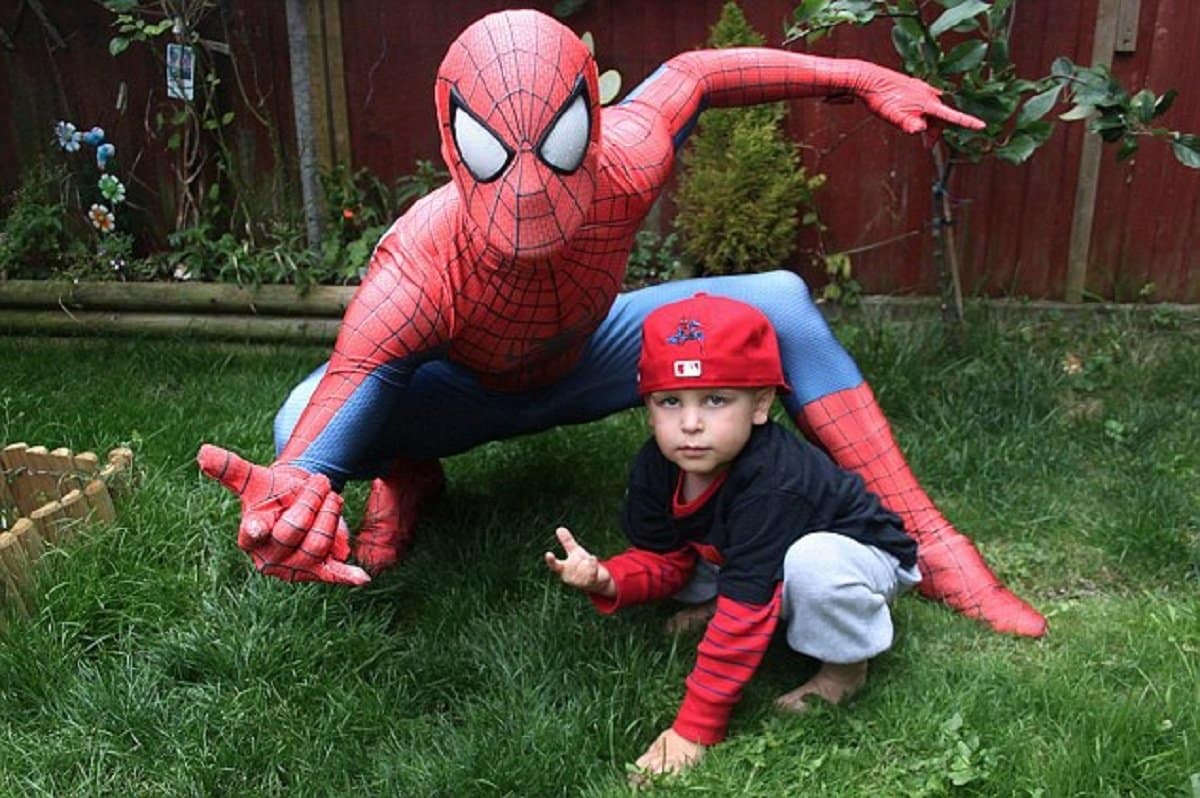 Instead of wallowing in sorrow over the inevitable, they decided to make the most of Jayden’s remaining time on Earth by making him as happy as possible. The family set up a Facebook support page, Hope for Jayden, to request for prayers for the terminally ill boy and to chronicle his adventures.

On Jayden’s 5th birthday, daddy Mike decided to give him a fantastic surprise by dressing up as the amazing Spiderman! The awesome daddy even bought a replica suit to make the surprise more authentic.

Jayden’s Mommy Lou brought him and sister Ella to the door, telling them she heard something outside and wanted to check it out.

A few seconds later, the Amazing SpiderDad jumped from the roof and neatly landed on the concrete below. The happy boy spoke with ‘Spiderman’, telling the superhero he was 5 years old.

The two hugged before SpiderDad Mike picked him up on a pretext of joining the party. The little boy had a good time at the party, enjoying the visit from his favorite superhero.

To make sure Jayden remembers the day he was visited by Spiderman, they had lots of pictures taken together. The photos would make its way to Jayden’s room, already adorned with plenty of Spiderman posters and stuff.

International Reception of the Viral Video

After the video was uploaded on YouTube, the family was surprised that it quickly went viral. Uploaded on November 16, 2014, it immediately gained over 7.7 million views after just 10 days. Blog and news sites across the world quickly featured the heartwarming story. Thousands of well-wishers expressed their prayers for the brave little boy and his wonderful dad. 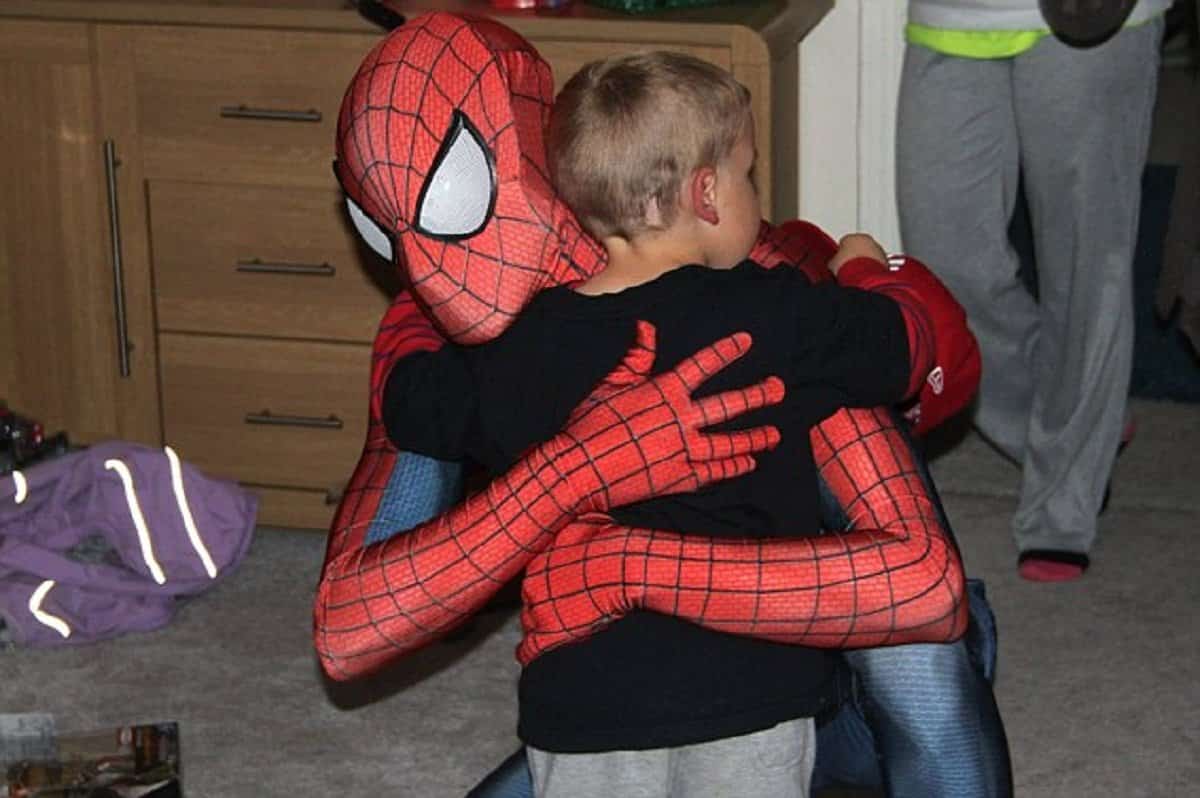 On Jayden’s Facebook support page, his parents expressed their happiness at such a warm reception and thanked those who sent gifts, many of which were Spiderman items, for Jayden and Ella.