We all know Russians have an excess of the feels when it comes to patriotism and their vodka, but do you know they are also passionate about fighting?

Especially if it involves vodka.

A Russian girl took a video of one such example, filming a full out drunken street fight between two inebriated dudes who had too much liquor.

Or maybe they were fighting about the liquor? Ah, those passionate Russian men with their guttural intonations…

…all the while she pretended to take selfies in the foreground. 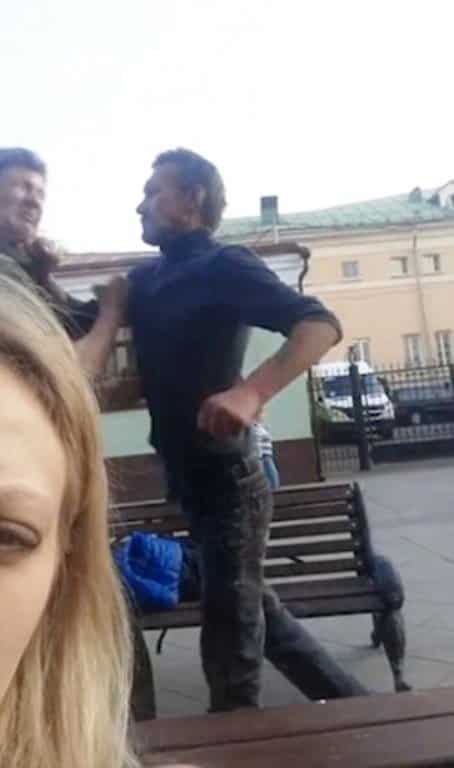 The young blonde woman at first looks amused at the two men behind her arguing while still surprisingly upright, despite all the spirits running through their bloodstream.

Is it our imagination, or does the drunk in the blue turtleneck look a lot like Robert Englund?

You know, the original Freddy Krueger actor from “Friday the 13th?” 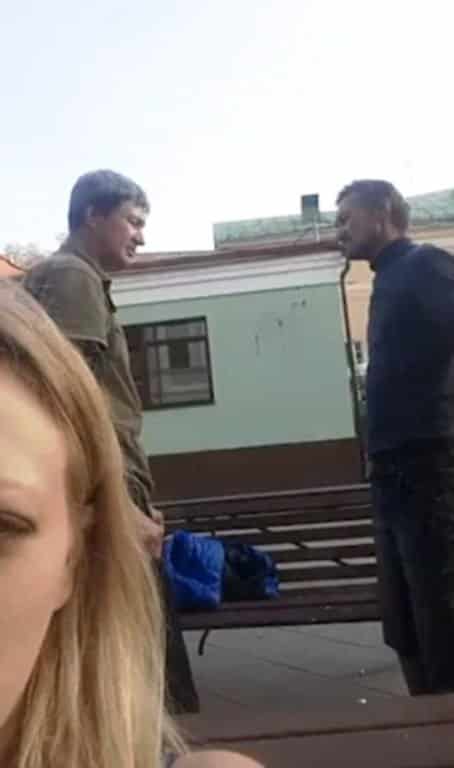 Pretty soon, “Freddy” and the other guy take the fight on the bench, attempting to strangle each other in earnest. 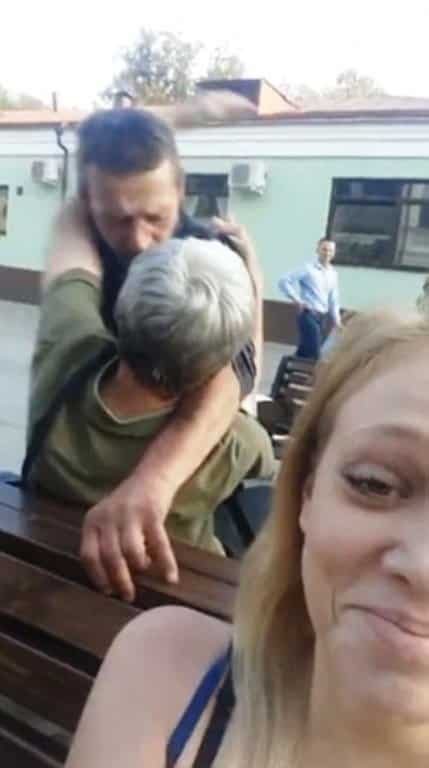 At first the pretend selfie-taker laughs at their antics until the punching match descends into a full-on brawl, and she begins to look worried.

Despite that, she keeps her selfie game on point… 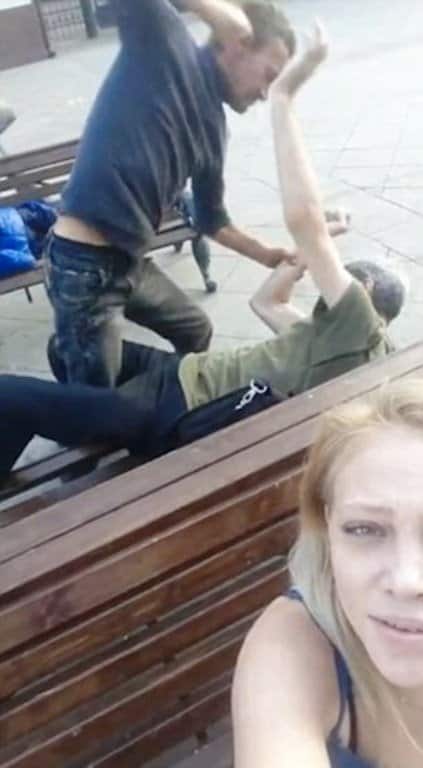 Shockingly, people walking by hardly bat an eyelash at the spectacle, despite the loud 13-punch total going on at the bench.

Finally, passers-by appear to break up the fight, putting an end to the vodka-inflamed fisticuffs, and the young woman’s selfie smorgasbord.

Hey, looks like Comrade “Freddy” came out on top. We have a winner! 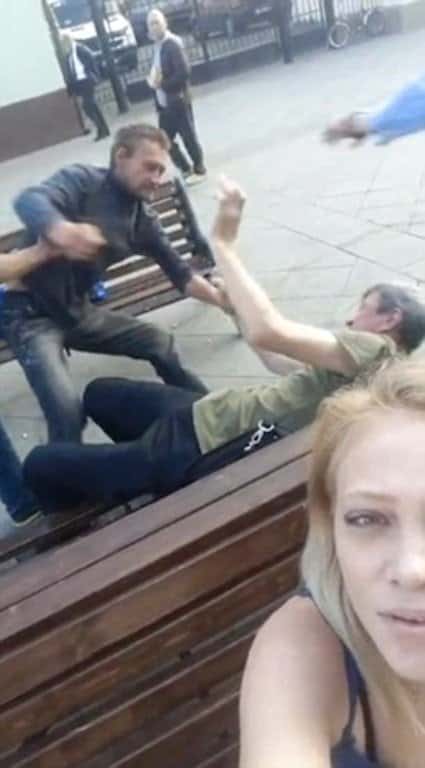