Three perverts paid the painful price for harassing a professional boxer’s wife when they tried to drag her into a VIP room of a Russian nightclub. Unfortunately for them, the woman’s husband is none other than Nicolai Vlasenko, a 29-year-old professional boxer and martial arts expert.

Vlasenko returned from the toilet to find the thugs harassing his wife, trying to get her to join them at their table – of course he wasn’t pleased to see his wife being treated that way.

Vlasenko did not wish to fight any of the assailants until one of them suggested to continue the discussion outside. 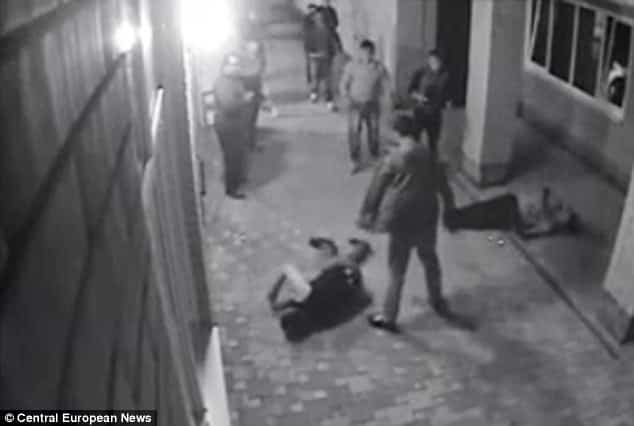 According to a witness, one of the thugs, Leonti Yevdokimov, 33, – a gang member blamed for numerous crimes and troubles in the area – had suggested to Vlasenko to continue their discussion outside.

The brawl between one man against a group of thugs happened in the small south-western Russian town of Starokorsunskaya.

One of the eyewitness Eldar Vinogradoff, 27, said:

“When they went outside, the others were there mob-handed. There were at least 10 of them led by the two who thought they were real big shots. One of them took off his shirt and started squaring up to the boxer, and I don’t think he even knew what hit him when he went down like a nine pin.

A second man tried to kick the boxer and he was floored instantly as well. Then a third man joined in, and he was left staggering and on the point of collapsing after taking three blows to the head and not landing once himself.”