An 80-year-old retiree in Fort Worth, Texas decided to spend his golden years as a train conductor for rescued dogs.

Eugene Bostick and his brother Corky live on a street dead-end where they run a horse barn. Many locals come by and leave their unwanted dogs there.

Not wanting to leave the poor abandoned dogs starving, Eugene decided to adopt them.

“We started feeding them, letting them in, taking them to the vet to get them spayed and neutered. We made a place for them to live,” Eugene told The Dodo.

While the rescued dogs were well-provided in Eugene’s farm, the old man thought of making their lives more fun by creating a canine-specific form of transportation for them. His homemade dog train was able to take the strays on little fun adventures.

I’m getting up in age. I’m 80 now, so I suppose it can’t last too much longer, but I’ll keep it going as long as I can,” said Bostick. “The dogs have a great time. They just really enjoy it.“

“One day I was out and I saw this guy with a tractor who attached these carts to pull rocks.” 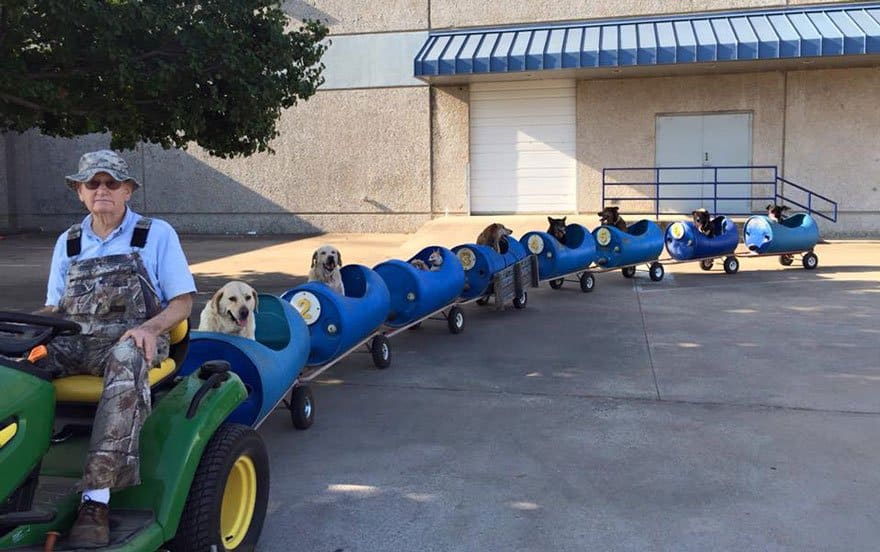 I’m a pretty good welder, so I took these plastic barrels with holes cut in them, and put wheels under them and tied them together.”

“Whenever they hear me hooking the tractor up to it, man, they get so excited,” 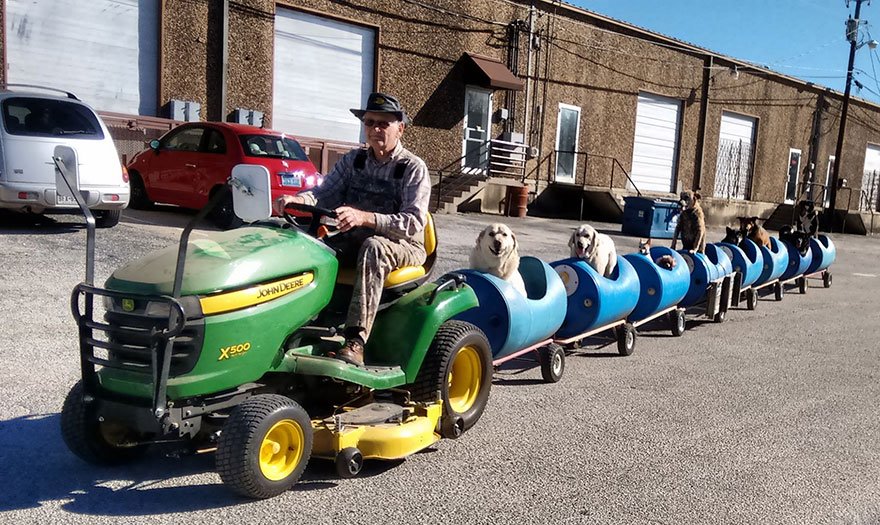 “They all come running and jump in on their own.” 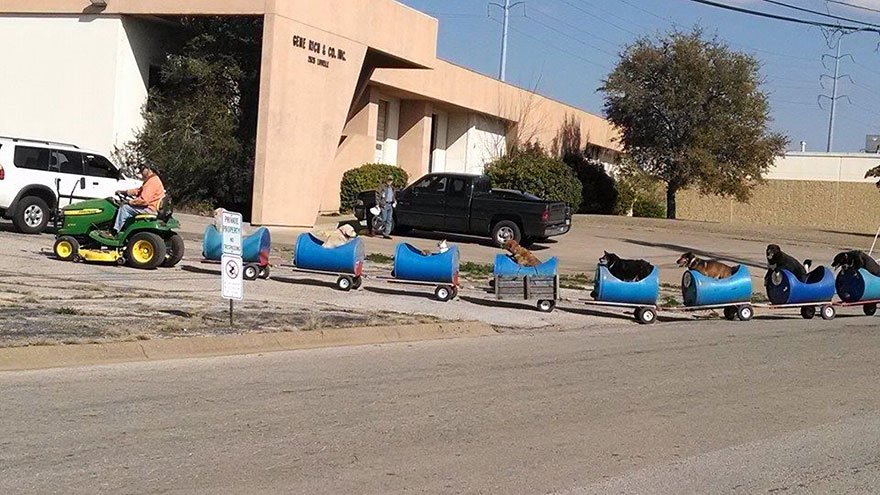