The ”manzanita de la Muerte”, which translates to little apple of death, sounds like the fruit that snow white’s wicked stepmother had offered her in the classic fairy tale. But this sweet fruit didn’t manifest through a spell. It came from the most dangerous tree in the world—the manchineel.

The manchineel is native to South Florida, the Caribbean, Central America, and northern South America. This unostentatious looking tree has bright, shiny green, oval-shaped leaves. It is usually just a bit taller than a shrubby bush, but it can grow up to 50 feet. Its bark is grayish-brown in color, and it’s fruit, which resembles a green crabapple, is sweet-smelling and very tempting. 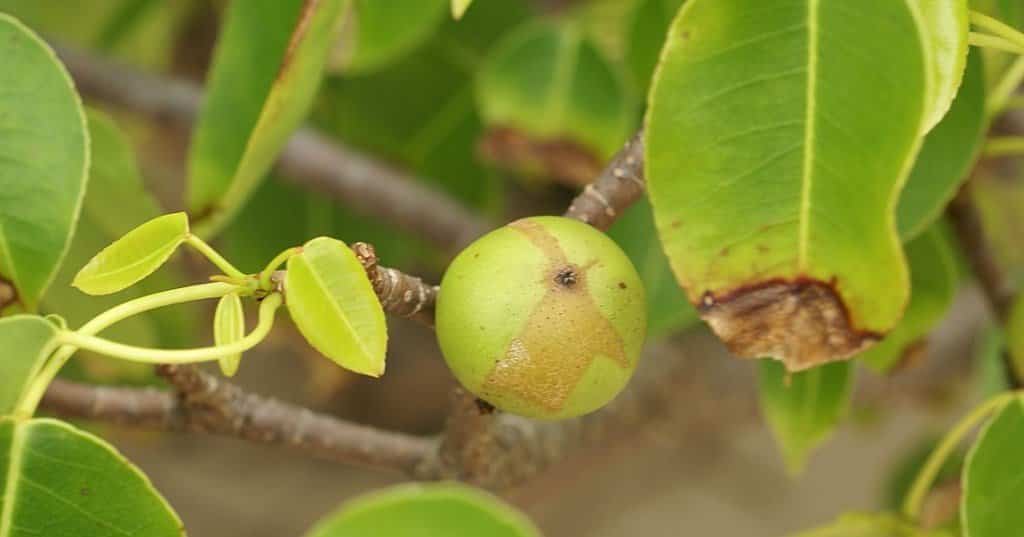 However, every part of this tree—from the bark and sap to its leaves and fruits—are extremely lethal. Additionally, some of the manchineel compounds may be co-carcinogenic. 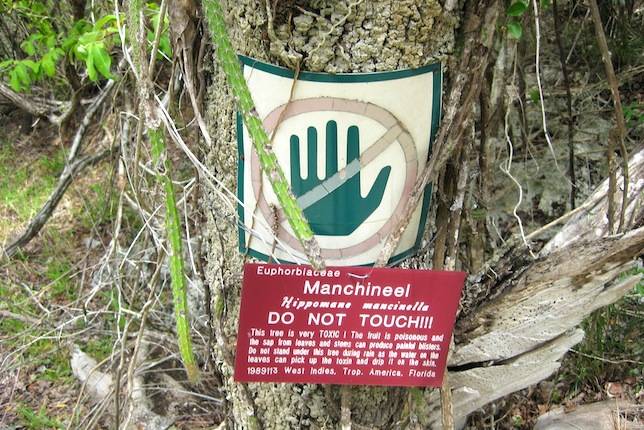 People also place warning signs to alert the others about its dangers, and advise them to stay a few yards away from it. 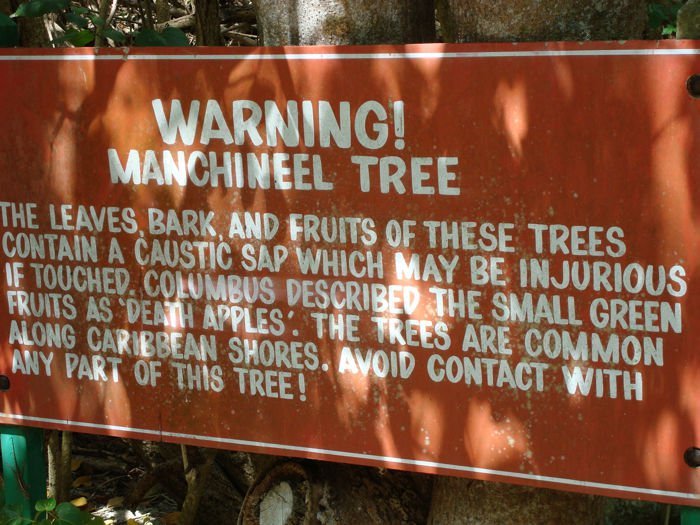 The tree’s milky, white sap is highly caustic. According to David Nellis, author of “Poisonous Plants and Animals of Florida and the Caribbean,” people may experience “symptoms such as a rash and headache to acute dermatitis, severe breathing problems and temporary, painful blindness,” from contact with its sap.

Travelers are also warned not to take shelter from this tree when it’s raining because even the rain drops that had come in contact with its leaves and branches can cause burns. 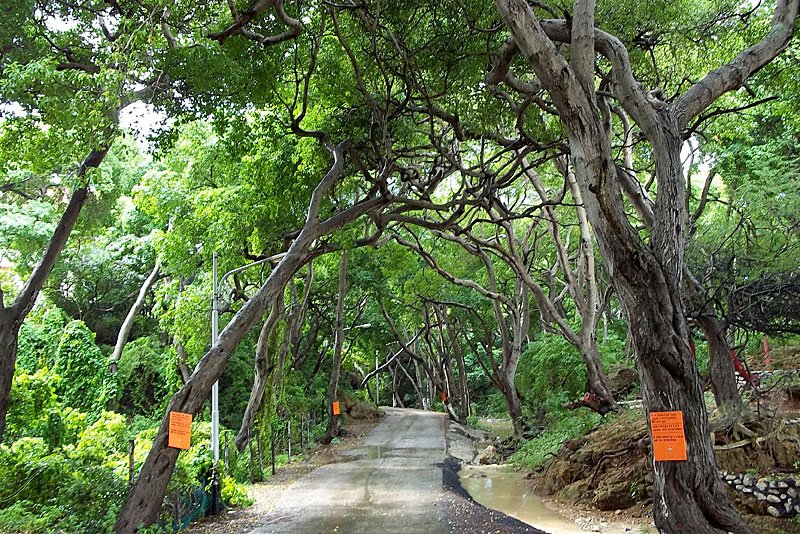 During the 16th century, Florida natives punish and torture invading Spanish conquistadors by forcing them to stand under manchineel trees during the rain to burn and blind them. They also poison their arrows and darts using the tree’s sap. 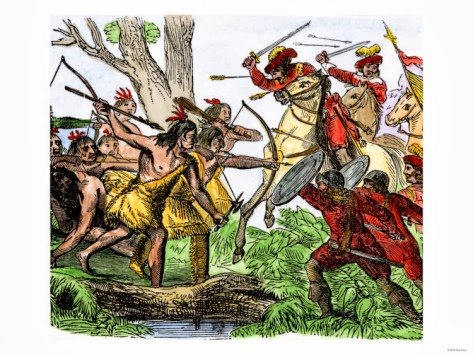 According to legends, in 1521, the Spanish conquistador Juan Ponce de Leon died from an arrow that struck his leg. When the Spaniard returned to Florida that year with the intention of colonizing the peninsula, the natives fought and resisted. Some of them laced their arrows with manchineel sap. During the battle, one of those arrows reportedly hit Ponce de Leon’s thigh. He and his soldiers fled to Cuba, where he ultimately succumbed to his injury.

Its bark poses a great danger as well, and burning or chopping its wood is inadvisable. The smoke and sawdust can burn skin, eyes, and lungs.

“The apple does not fall far from the tree,” and we mean this literally. Although the manchineel’s fruit may be the least dangerous part of it, eating even a small amount of the manzanita de la muerte—a name said to be given by Christopher Columbus—can be detrimental. Ingesting this “beach apple” causes abdominal pain, vomiting, bleeding, and burning and blistering on the mouth and throat. Consuming larger amounts is fatal, though, the mortality data for ingesting this fruit are scarce. 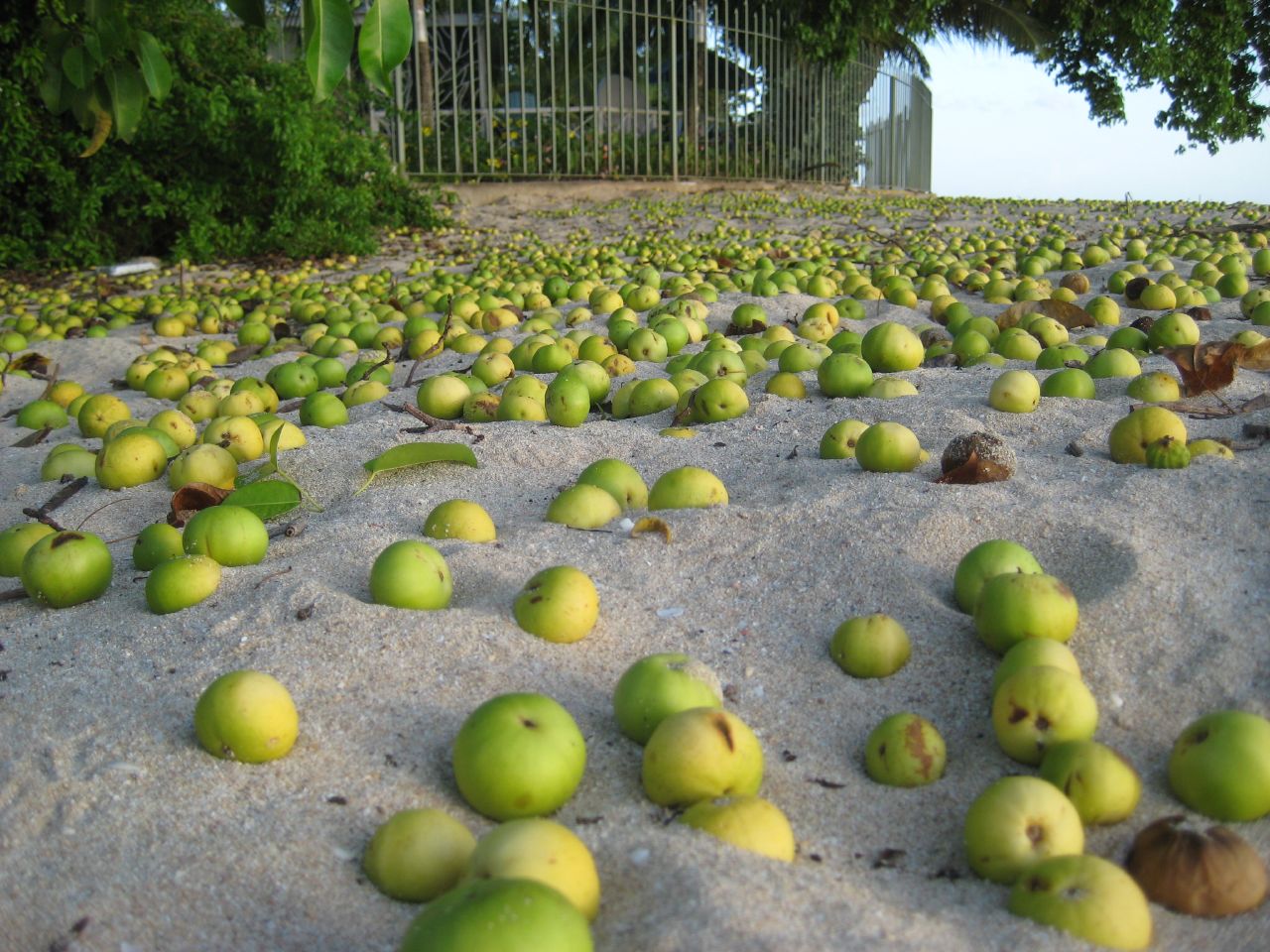 A consultant radiologist named Nicola H Strickland, wrote an article in The British Medical Journal where she recounted her experience after eating manchineel apples during a holiday to the Caribbean island of Tobago. She said:

“While searching for exotic shells and coral fragments, I saw some green fruits among the scattered coconuts and mangoes lying on the beach.

“They were round, the size of a tangerine, and had apparently fallen from a large tree with a silvery bole and oblique based leaves.

“I rashly took a bite from this fruit and found it pleasantly sweet. My friend also partook (at my suggestion). Moments later we noticed a strange peppery feeling in our mouths, which gradually progressed to a burning, tearing sensation and tightness of the throat.” 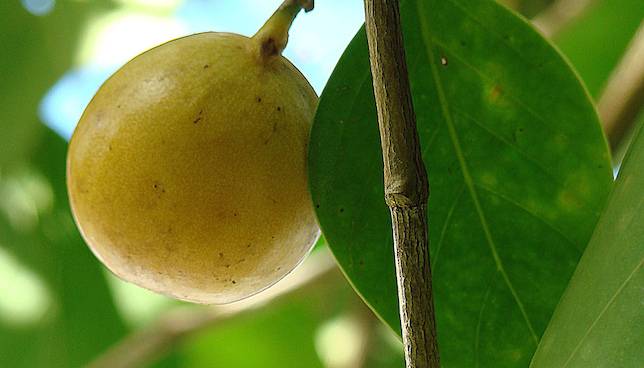 Nicola stated that the symptoms became worse over the next couple of hours. She and her friend couldn’t swallow any food, except for milk, due to the excruciating pain they felt in their throats. The symptoms gradually abated after eight hours. 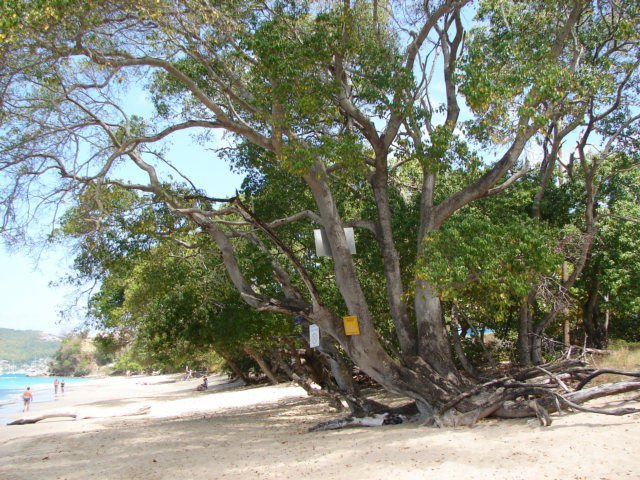 Despite the manchineel tree’s notoriety, it does offer some benefits when properly handled. For centuries, carpenters use its wood to make furniture. Carefully cutting and drying its wood in the sun reputedly neutralizes its poison. Indigenous people make gum out of the bark, which they say, can treat edema while dried fruits are used as a diuretic. In Jamaica, manchineel tree gum is used to treat different venereal diseases.

Regardless, these benefits seem to outweigh the tree’s dangers. And because people want to eradicate this threat, the manchineel tree is now an endangered species.