Could this be the home of the legendary Loch Ness monster? Keith Stewart, a boat captain in Scotland, claims that he has discovered a previously unknown trench that could possibly be the home of the Loch Ness. The said trench was located at the bottom of Loch Ness that happens to be 100 feet deeper than the official depth of the loch.

According to Stewart, “I wasn’t really a believer of the monster beforehand. But two weeks ago, I got a sonar image of what looked like a long object with a hump lying at the bottom. It wasn’t there when I scanned the loch bed later. That intrigued me and then I found this dark shape about half way between the Clansman Hotel and Drumnadrochit which transpired to be a crevice or trench.”

Urquhart Castle believed to be the home of the legendary Loch Ness monster. 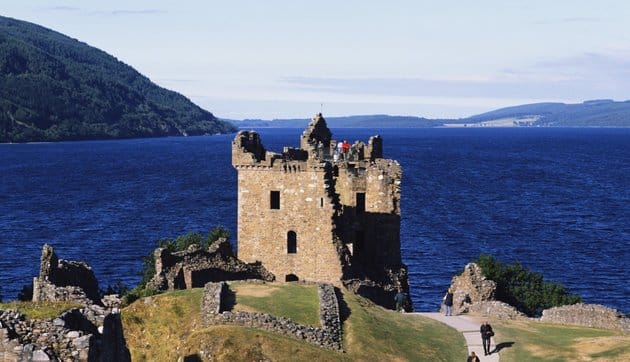 Stewart works as a tourist sightseeing vessel skipper at Jacobite Cruises, a sightseeing cruises company. The company has even claimed that they may have a possible Nessie sighting as reflected on sonar. The claim however, has been met with some skepticism as Jacobite is tourist sightseeing company that makes a living on the Loch Ness mystery. They were able to release a video that showed the depth of the trench as their sonar passed by.

Experts are not dismissing the idea of the unknown trench since the Loch Ness sits on the active Great Glen fault. There are experts however who are saying that it could have been a misreading as the ship was close to the shore. A misreading is also possible to occur even with highly sophisticated sonar systems.

According to Adrian Shine, the leader of The Loch Ness Project, “There is an anomaly which occurs with sonar readings taken close to the side walls called lobe echoes, which can give misleading results about the depth, it doesn’t matter how sophisticated your sonar equipment is, you can still get this anomaly.”

Shine further mentioned that they will do more investigations on the trench. Until then, Nessie still remains a big mystery.