I’ve heard several stories and have seen so many movies wherein a dog risks its own life to save its master. Those stories really make me cry, especially when the dog gets hurt. I know for a fact that these loyal, furry friends would stay by our side to comfort and protect us no matter what.

Damian Strickland, his girlfriend Mersadie Wells-Shahan, and Mersadie’s mother, Brenda Cronk can also attest to that. These three people were saved by a dog when they were violently attacked in their home at Tampa, Florida last February.

Damian, who was just outside his home around 11:14 P.M., saw five men approaching. When he tried to go back to his house, one the perpetrators hit him with a pistol and dragged him inside where the two women, and Legend- Damian’s bullmastiff mix were. As the men tried to tie and restrain Mersadie and Damian, Legend attacked the perpetrators and was able to bite the left hand of one of the intruders. The perpetrators fought back and shot Legend twice before fleeing the house, when the women screamed.

Legend was rushed to local veterinary hospital and was treated for the two bullet wounds he sustained, one of which grazed the side of his head. Fortunately, the hero dog was released after 48 hours and had well recovered.

This is a picture of Legend’s bullet wounds: 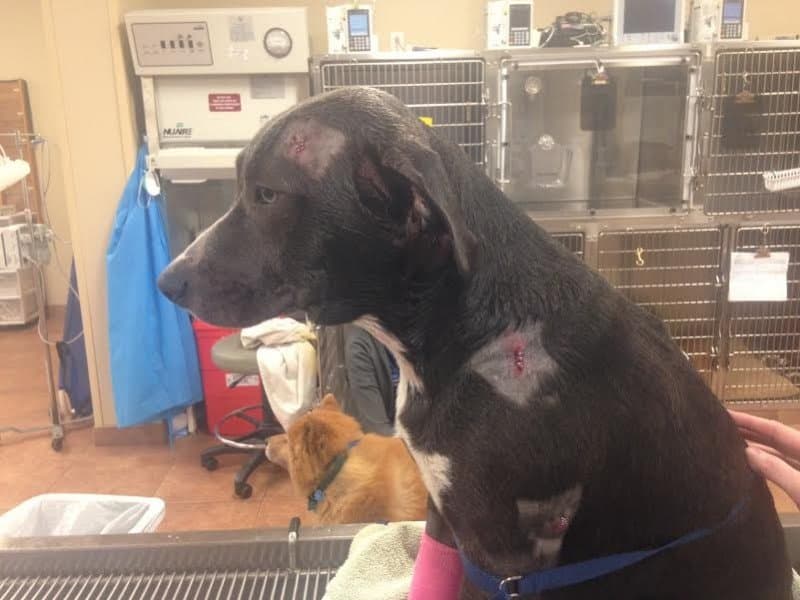 One of his wounds took three surgical staples to close. Poor dog… 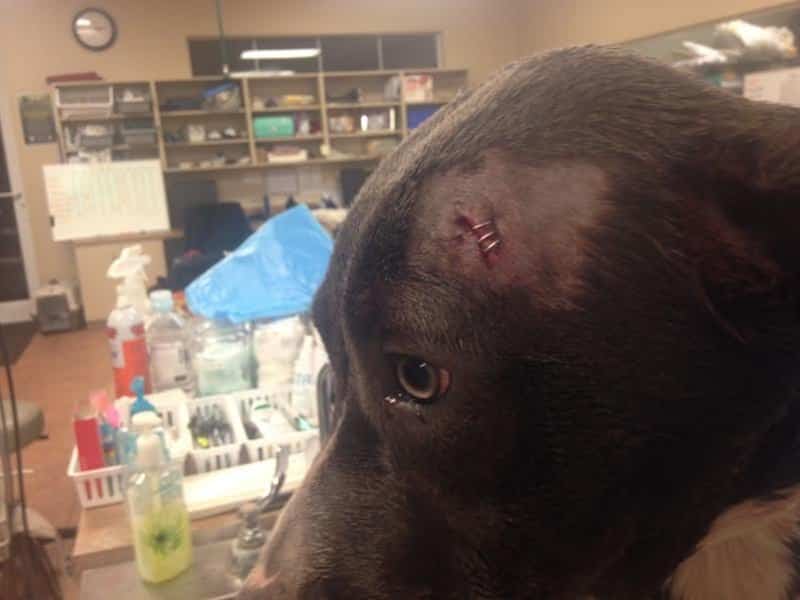 Eventually, the Tampa police authorities were able to arrest one of the five suspects, 23-year old Michael Jovahnny Rivera, who now faces three significant charges including aggravated battery with a deadly weapon, armed home invasion, and felony animal cruelty. The police are still on the hunt for the rest of the suspects.

One of the suspects, Michael Jovahnny Rivera. 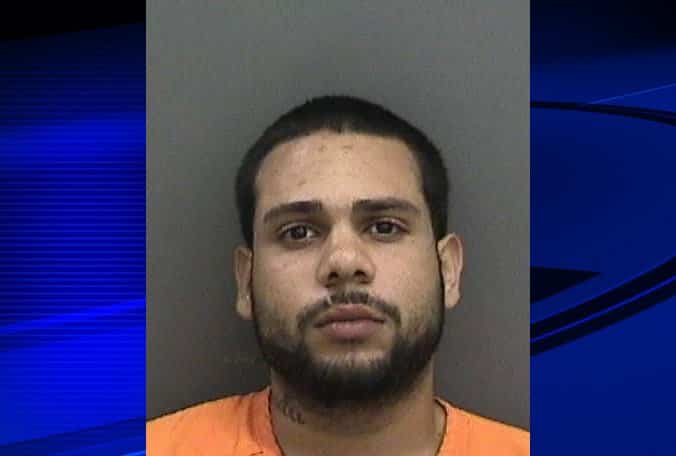 Legend did save the lives of Damian, Mersadie, and Brenda that night. Who knows what could have happened if Legend did not fight back and scare off those men. That dog is truly a hero.

Share this story to all the dog lovers (and haters too) out there, and tell us what you think by writing in the comment section below.