The newest drone in the market is out and it happens to be a self-piloting camera. Yes, this is not a drill nor your favorite sci-fi film. Zero Zero Robotics has recently launched the Hover Camera Passport which is now up for grabs at $599, from a limited time offer of $549.

This futuristic flying camera is a portable, lightweight and paperback-sized drone. It weighs just 242 grams, hence, it doesn’t need an FAA approval ‘requiring owners to register their vehicles weighing 250 grams and more.’

Dubbed as “The Camera of the Future,” this product is a true eye candy for ‘tech geeks and thrillseekers’. It has a sleek design that doesn’t disappoint and features that are definitely worth a second look.

Its fully enclosed propellers allow its user to safely grab it mid-air without getting hurt.

Perfect for capturing your great moments and aerial selfies in 4K videos and 13-megapixel images. 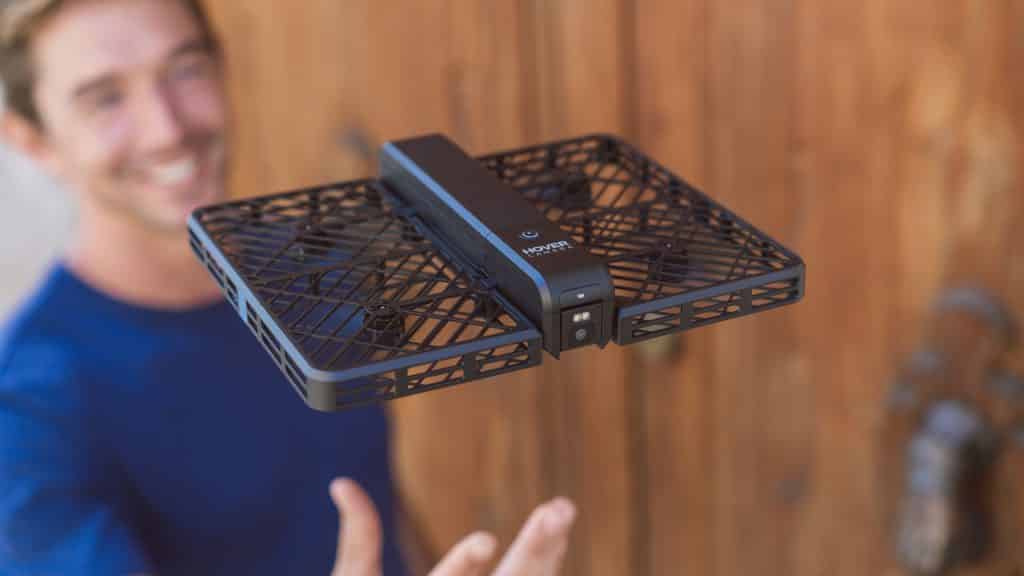 More impressive features to boast include the 360 Spin and Orbit. It also uses both face-detection and body tracking technology to keep track of the user’s activity for quality and close-range shots. Perfect for capturing your great moments and selfies in 4K videos and 13-megapixel images.

The hover camera connects to an iOS device over direct wifi (through an iOS app) in a breeze but in a limited range. It can reach a maximum speed of 17 mph (8 m/s) and a maximum altitude of 6,562 ft (2,000 m), with a maximum hovering time of 10 minutes with no wind.