This is definitely not the type of thing you want to see when you’re outside your house. However, it’s exactly what greeted Australian homeowner Robbie Knills of Mudgeeraba, Gold Coast one day – a huge python.

According to reports, Robbie was “hanging out his washing” when he spotted the serpent which measures about three meters in length. He took a video of the encounter and you can see how fast the snake climbs.

This will totally scare me!

In an interview with myGC, Robbi shared:

“I didn’t know they could climb houses like that – five minutes later and I would have got the scare of my life. I am glad it was me hanging out the washing because the wife would probably never do it again if it was her.”

“(The python) has lived in the rafters of the shed for about six months but with this warmer weather he has woken up a bit and decided to look for food.

“I was looking after a butcher bird that had a broken wing and was feeding him but he has gone missing.

“He is closer to three meters long when he’s stretched out and not all flexed-up.”

Understandably, netizens freaked out when the video eventually went viral. 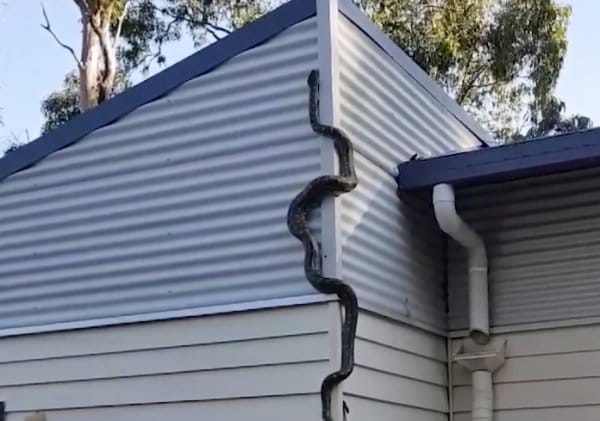 “I would burn my house down. And all the neighbours just to make sure.”

Despite the experience, Robbie said he acually found the serpent to be a bit friendly.

“I freaked out the first time I saw him but then after a while I got used to it. He just hangs out. He comes out and sees me when I’m working in the shed…

“He was on the shed door once and wouldn’t get off so had to get him down and move him. Normally when he is on the top of the garage door I can just poke him and he moves over so I can open it.”

“I don’t trouble him and he doesn’t trouble me,” Robbie likewise pointed out. 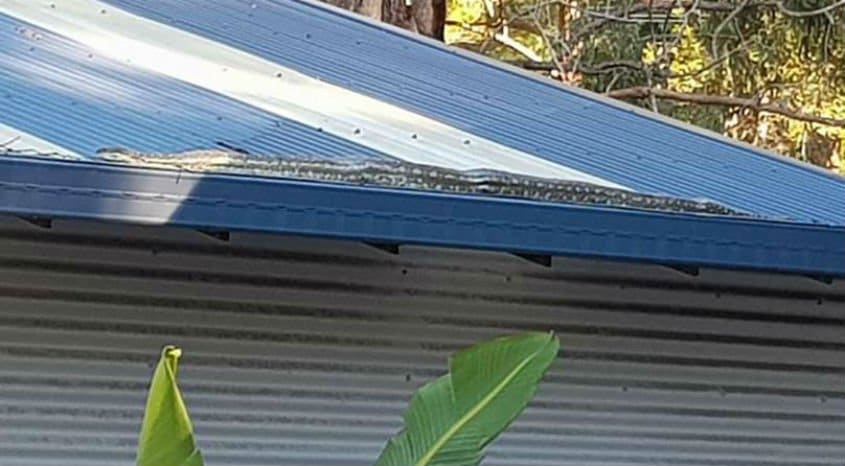