Calamities such as earthquakes, thunderstorms, landslides, and floods have unquestionable destructive power over any technological advancements us humans make. Of these natural disasters, volcanic eruptions rank as one of the most devastating. Eruptions from active volcanoes can come at any time– sometimes without any warning. Because of this, General Electric and filmmaker Sam Cossman decided to make sure that the Masaya Volcano remains monitored.

Located in the municipality of Nindirí in Nicaragua, the Masaya Volcano became popular for its nickname “La Boca del Infierno” which translates to “The Mouth of Hell.”

The Mouth of Hell 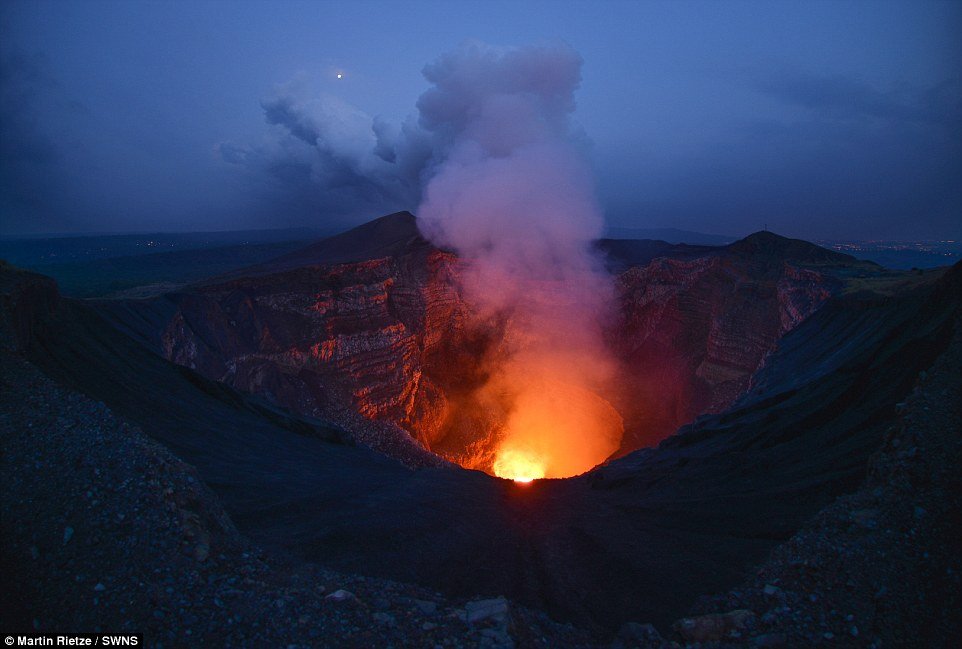 Because of its continued activity, the Nicaraguan volcano became popular among tourists. Hikers travel between 1.4 and 5.9 kilometers with a guide for about 1 to 1 ½ hours. Some even took it to the next level by climbing the volcano and looking over the crater of “The Mouth of Hell.” Fortunately, the “Plaza de Oviedo” (or the crater) is off-limits to tourists.

But aside from being a famous tourist attraction, the Masaya Volcano also earned its ominous moniker because of the constant threat it presents to the people of Nindirí. What makes it even more dreadful is the fact that potential eruption cannot be detected in the usual way because of its constant activity.

Because of this, Cossman and a couple of his friends decided to bring the Masaya Volcano online. The filmmaker who made a name for himself as “volcano diver” intends to bring the volcano online for constant visual and environmental monitoring over the Internet.

With the help of equipment provided by GE, Cossman and the Nicaraguan government installed dozens of Wi-Fi sensors inside the volcano. With the help of volcanologist Guillermo Caravantes, the team plans to connect Masaya online and gather real-time environmental data such as temperature, gravity, gas levels, and atmospheric pressure.

“The goal is essentially to install all these sensors and create the most effective early warning system in the world,” says Cossman.

The team has since updated their social media accounts on the progress of the installation of the sensors as well as the activities of the volcano they have detected and recorded in the hopes of being able to warn residents of Nindirí ahead should “The Mouth of Hell” unleash its power.