As someone who’s been working as a freelance writer for years now, I’d say many of my friends still do not understand what its really like to work from home.

A pretty common misconception is that being a freelancer means having lots of free time (nope) and that we get to take vacations anytime we want without it affecting our earnings (again, nope!). Some even believe we work in our underwear most of the time (okay, there MIGHT be some truth in that) since we’re just at home, not having to worry about wearing office clothes or the morning rush each day.

It looks like some people will definitely never understand but fortunately, we have a few comics out there that explain it with great accuracy.

This one, for example, by Nomi Kane is a perfect example. The self-confessed “cartoonist, illustrator, and Jill of all trades” from Berkeley came up with the illustrations below, describing the freelance life and dispeling some age-old myths along the way.

From now on, this comic will be my default response when someone asks about what its like being a freelancer.

Go scroll down below and see for yourself: 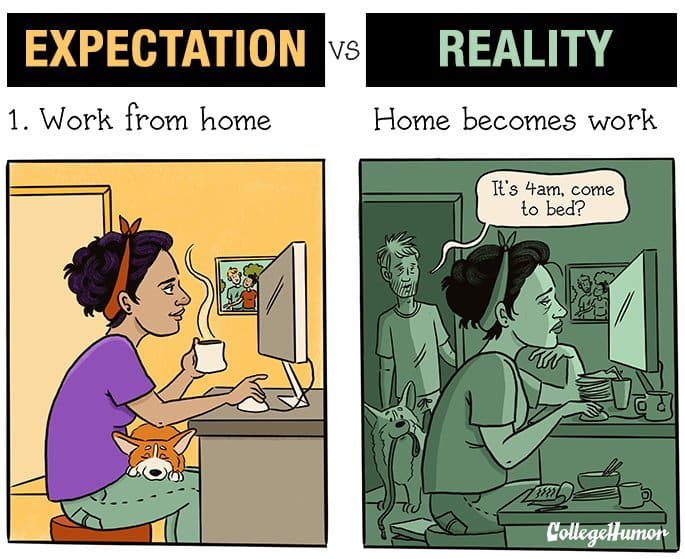 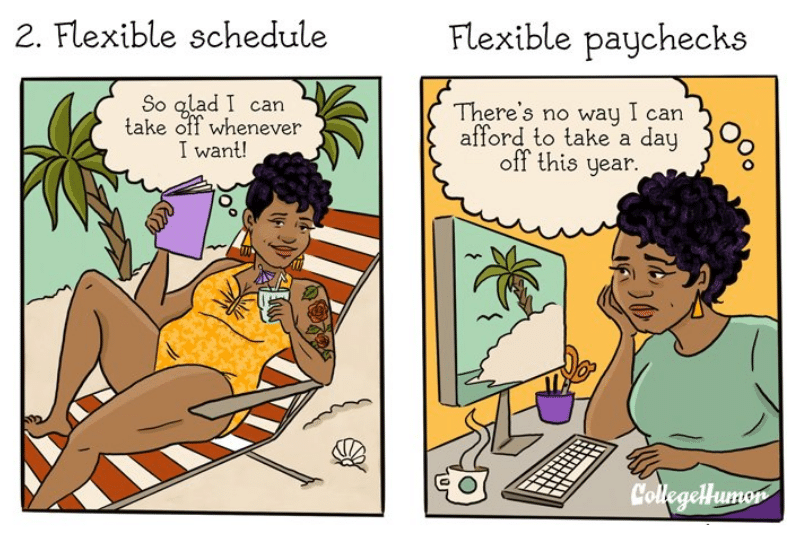 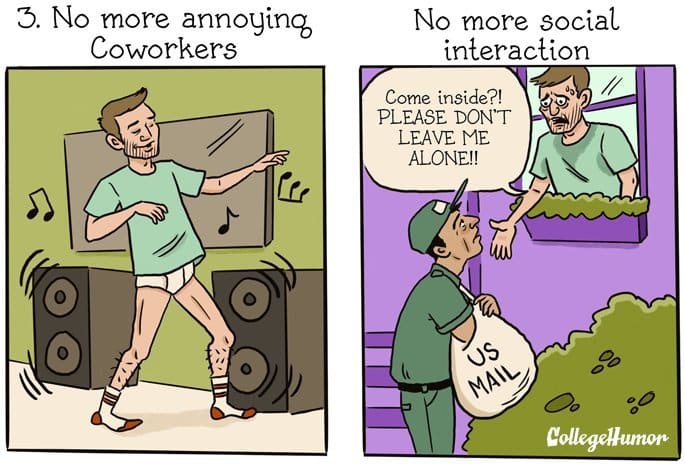 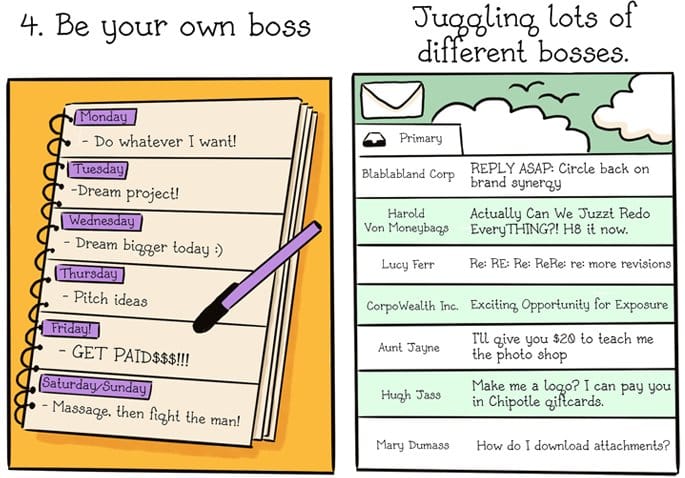 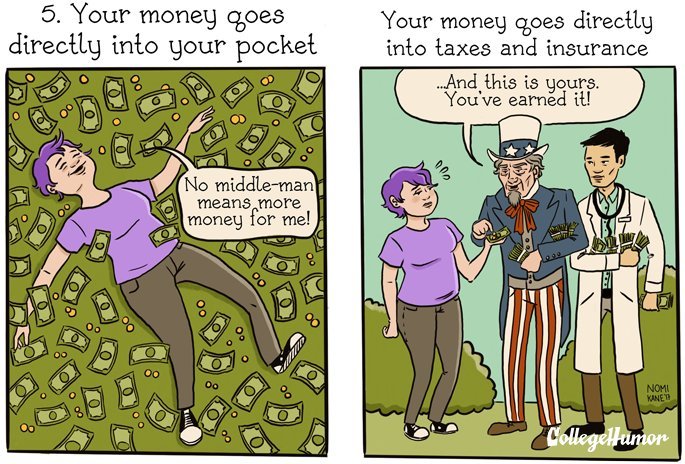 According to her official website, Nomi is a graduate from The Center for Cartoon Studies. She works as a Super7 designer by day and draws editorial cartoons on the side. Her works have been published in The New Yorker, College Humor, The Nib, BUST, and others.

In case you have something to say or if you have a question in mind, do not hesitate to send her a message since she “loves hearing from potential collaborators, comics enthusiasts and fellow artists alike,” her site tells us.