While news from the 2016 Rio Olympics often highlight the winners, let’s not forget that there are losers as well. Then again, they always say that sports isn’t about winning — it’s about how you play the game. It’s also about your ability to keep going even after you suffer defeat. This may explain why the failed dives of two Filipino athletes at the 2015 Southeast Asian Games or SEA Games in Singapore are once again being discussed.

On June 10, 2015, two Filipino divers — John Elmerson Fabriga and John David Pahoyo — participated in the men’s three-meter springboard event of the SEA Games. At that time, Fabriga was 21 and Pahoyo was 17. 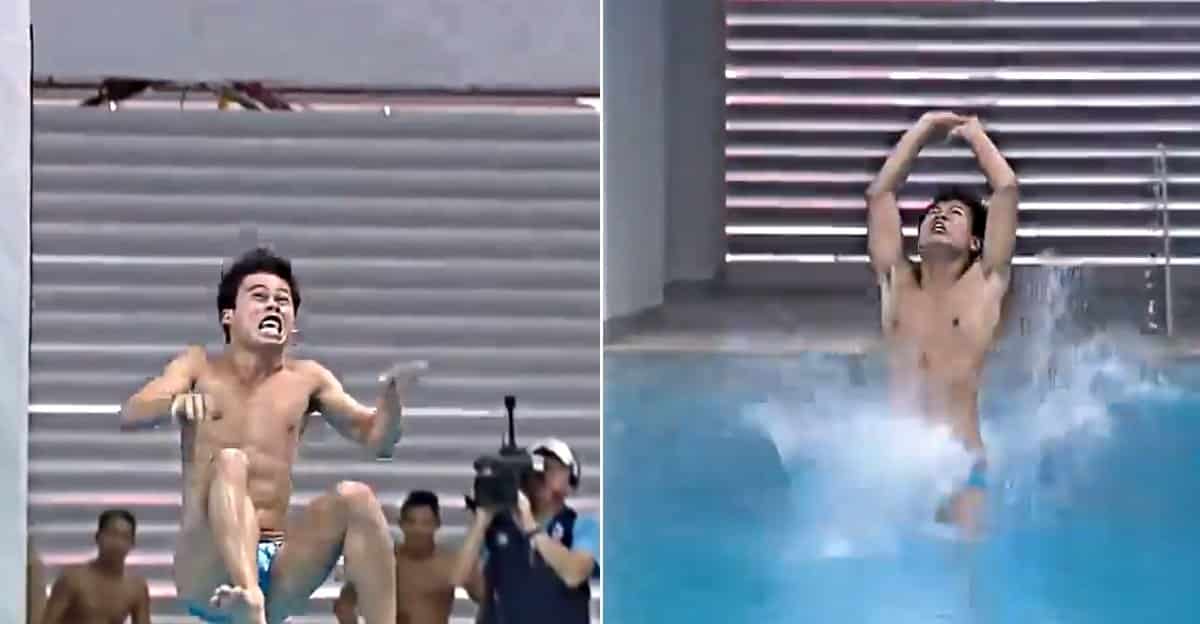 The video clip showing their failed dives quickly went viral. Just hours after it was posted on the 9GAG Facebook page, the video was viewed over 1.6 million times. Fabriga and Pahoyo each got a score of zero for their failed dives.

It’s not their finest moment.

After the humiliating performance, Fabriga was quoted as saying, “I even laughed at myself after I did this dive.” He added, “I am still proud because not all of us has the privilege to represent our own country to such a big sporting event like this. And by the way, can I ask all of you if you can still smile after getting embarrassed in front of thousands of people?”

Despite being made fun of by various news agencies, Fabriga and Pahoyo moved on. Their next event was scheduled just two days after their epic fail. They did just fine in the synchronized diving event. But, of course, it didn’t get as much media coverage as their failed dives.

The two divers did OK in the synchronized diving event.

The divers’ predicament reminds us of a quote from American motivational speaker Denis Waitley. He said, “Failure should be our teacher, not our undertaker. Failure is a delay, not defeat. It is a temporary detour, not a dead end. Failure is something we can avoid only by saying nothing, doing nothing, and being nothing.”