Too much alcohol can make a person do crazy things — just like this couple in London, who couldn’t keep it in their pants and wait to get a room to do the dirty deed. They just had to do it right beside the entrance door of a bar in London.

An onlooker decided to film the action on Snapchat for everyone to see. It starts off with the guy giving the girl the finger pleasure, as some people walked past them. One guy was even going inside the pub and saw the two and you can just imagine what goes on in his head.

There was some heavy kissing, as well as some passionate embrace seen in the video. Then it gets really nasty as the man starts to take off his belt. The next clip shows that the girl has already gone down on her lover. An onlooker can be heard saying, “She’s sucking his c—! She’s actually sucking his c—!” while another went in front of the camera giving a thumbs up sign. Apparently, people are more entertained than appalled by what they just saw.

This eager couple was caught doing the deed just outside of a bar. 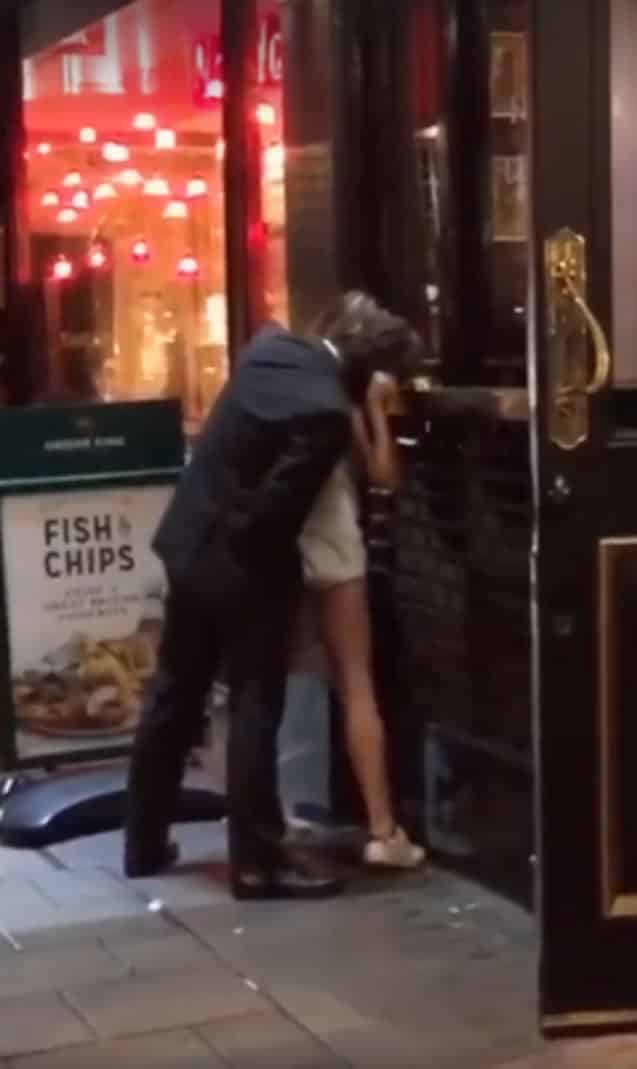 And this girl even managed to do that in public. 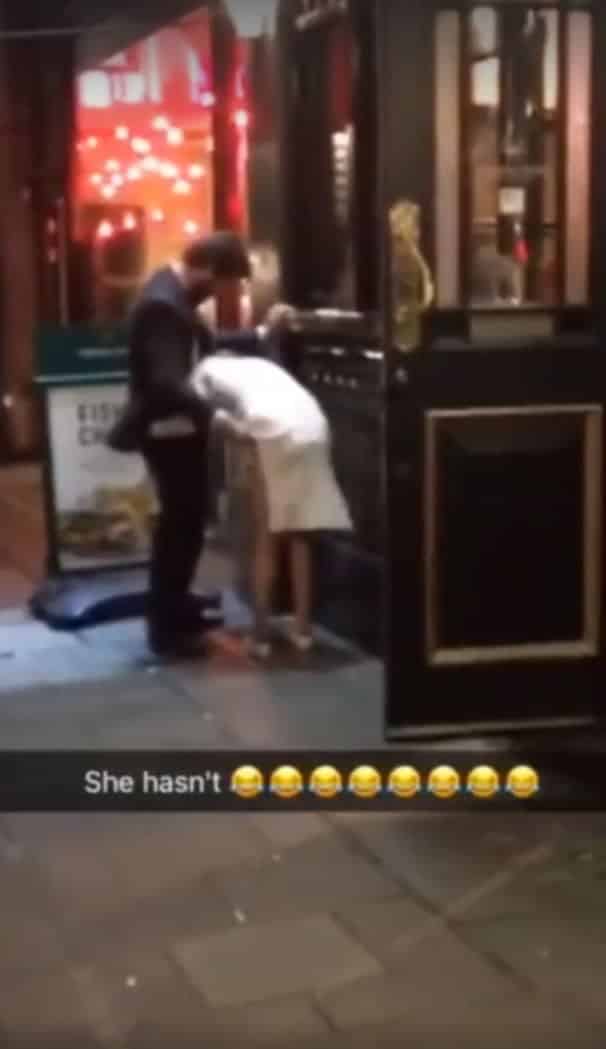 An onlooker has even given them the thumbs up. 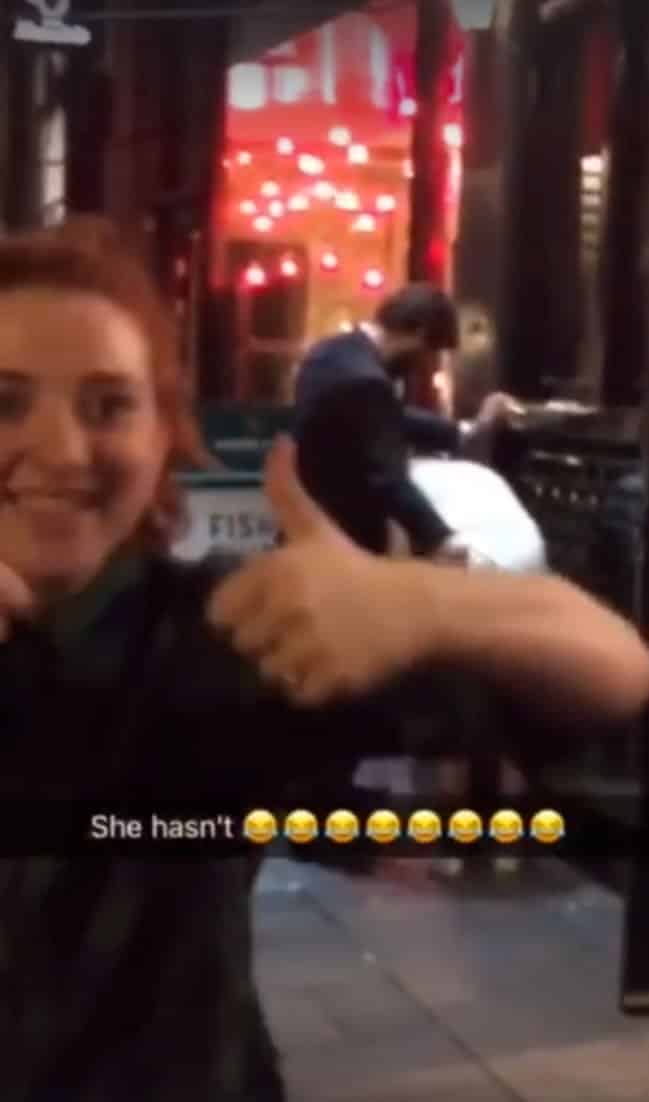 These lovebirds may be that drunk to ever notice what they’re doing or they just can’t wait to take a ride to some place more private. The action doesn’t stop there – an intercourse actually happened and they have the weirdest position achieved, as reported by Ozzyman.

You can easily imagine them doing standing up. Check out the video below and see the shocking moment of lovers having s-x in public.

How would you react if you’re one of the people who saw this couple? Leave your thoughts in the comments section.