Most of us can only fantasize about riding a Ferrari. This woman totally had her chance – and yet she messed it all up in a matter of a few minutes!

This incident recently happened in the city of Wenling, China and the video gained viral attention among social media netizens. It was definitely no ordinary accident since the car involved was a Ferrari 458.

Apparently, the woman lost control of the vehicle while she was driving in Wenling. 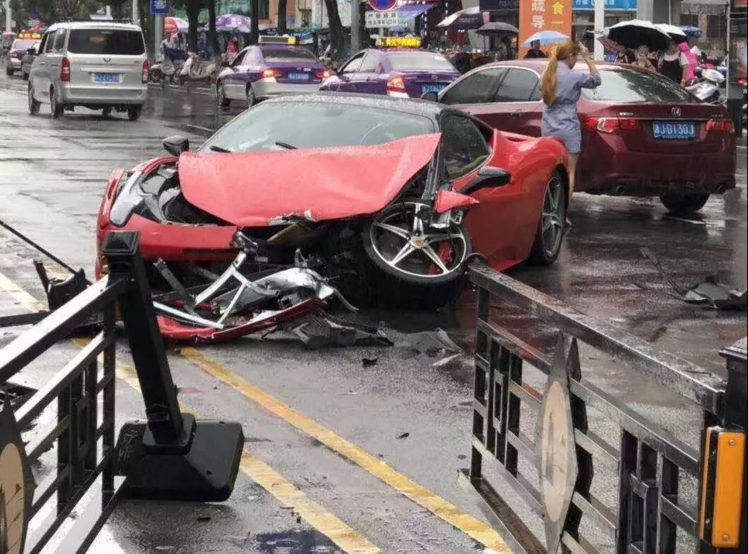 The unnamed driver rented the said luxury sports car only moments before the accident but unfortunately, she lost her control, smashing to an incoming BMW X3 “which then caused her to break through the central reservation and subsequently to crash into the traffic coming in the opposite direction,” a report said.

Everything was caught on camera and a separate clip has shown the woman capturing the moment before she began driving. She was, apparently, complimenting herself.

“First time driving a Ferrari. This truly is the most amazing feeling,” she said. 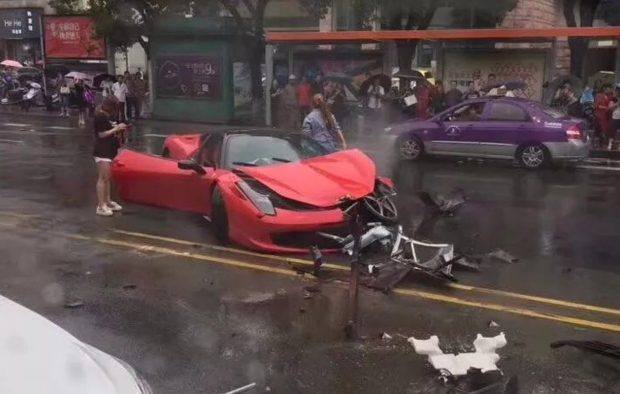 Although she and her female passengers weren’t hurt, we unfortunately couldn’t say the same for the poor car. It’s been badly damaged!

She lost traction because of the slippery road. 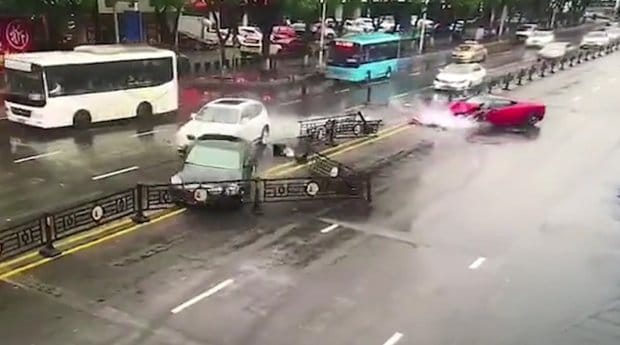 Netizens had mixed reactions about the video. One commenter, for example, pointed out “See, Ferraris have terrible build quality – that’s why I haven’t bought one” adding a winking emoji at the end of the sentence.

So far, it remains unclear if the woman is insured and if her coverage (if any) would pay for the damages.

It definitely wasn’t her lucky day! For her sake, we can only hope things get settled soon since this is looking like a major financial headache.