It’s one thing to be given a different food than the one you ordered at a restaurant; it’s another to be served a box filled with dog paws in place of the food you expect. This woman experienced just that, or so she claimed.

Ashley Jefferson narrated in her Facebook post about ordering spare ribs from a Chinese restaurant called China Palace in Havre de Grace in Maryland. When she received her order, she discovered what she claimed to be a box of dog paws. 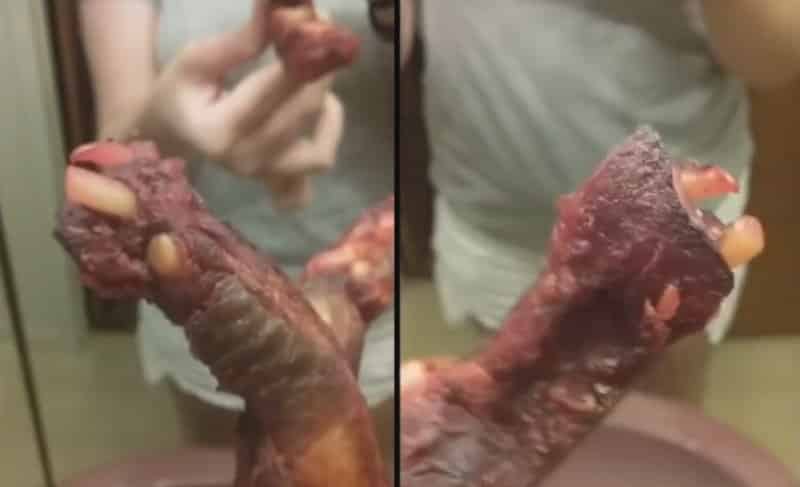 She posted a video of her showing the alleged dog paw:

“There’s nails still in this… those are claws,” she says as she holds up the meat in question in front of the camera.

“All you Chinese food lovers, I suggest you re-evaluate your life before you end up choking on a dog nail,” she added.

She also posted a picture comparing the meat to an actual dog claw.

“I googled a dead dog paw and took a pic of what they delivered to me… and tell me if I’m wrong but they look exactly the same,” she captioned.

The restaurant posted a response to her accusation, vehemently denying that they sent her dog paws.

They also posted an image of a document from the Maryland Department of Health and Mental Hygiene that serves as proof that the restaurant does not have any dog meat in its facility. 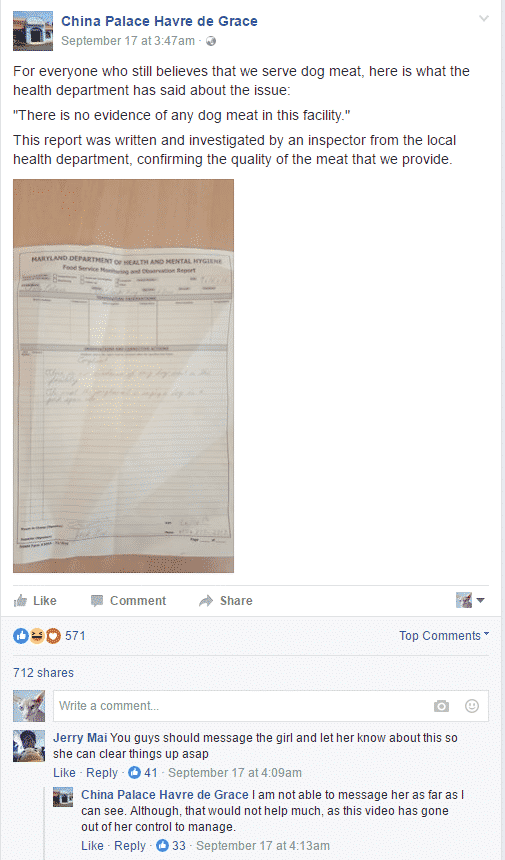 Ashley got negative reactions from other Facebook users for smearing the restaurant’s reputation. They pointed out that she made a mistake in identifying the meat as dog paws and that what she got were actually normal pork ribs.

She eventually made a post admitting her mistake and declared that she will personally apologize to the restaurant. 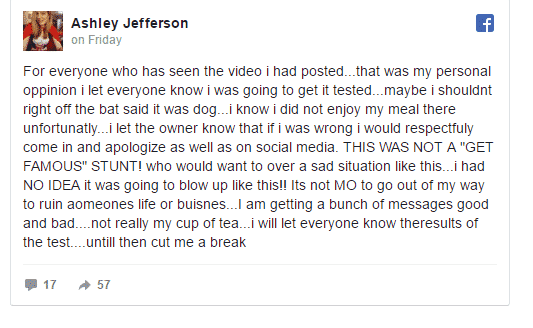