How would you feel if the government required you to leave your home so they can look for extraterrestrial beings?

I’m sure that will sound like a strange plot to a sci-fi flick but actually, that’s really what’s happening in China right now.

As confirmed by several reports, the country is requiring over 9,000 Guizhou Province residents to move so a giant telescope can be built in their place. The main goal of the telescope, as stated above, is to find alien life-forms from other planets.

Sure, the entire idea seems ridiculous but the government is really serious about the effort. Each resident to be relocated where even paid 12,000 yuan (roughly around US$1,800), according to a report by the Xinhua News Agency. The project began in July 2015 and is expected to be completed by September.

Located in the mountains of Karst in Qiannan, Guizhou is the world’s largest telescope. 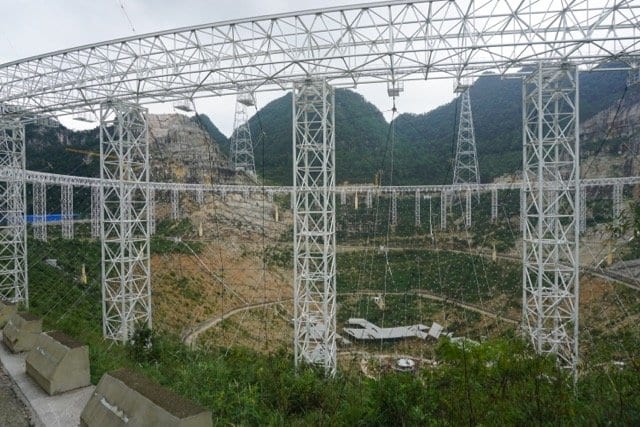 The project is called FAST or (Five-hundred-meter Aperture Spherical Radio Telescope) and it will be the largest of its kind in the world. The Guardian reports that the telescope “will have 4,500 panels, each 11 meters long programmed to move up and down so the entire satellite can reshape itself.” 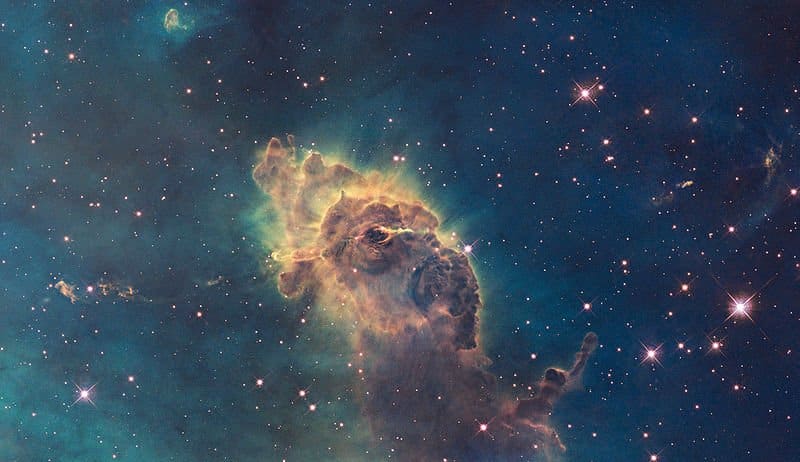 “With a larger signal receiving area and more flexibility, FAST will be able to scan two times more sky area than Arecibo, with three to five times higher sensitivity.”

Wu Xiangping, director-general of the Chinese Astronomical Society, pointed out that FAST’s high level of sensitivity would make it possible for scientists to “search for intelligent life outside of the galaxy and explore the origins of the universe”.

FAST covers an area that’s bigger than 30 football pitches and will cost 1.2 billion yuan (US$181.5 million). 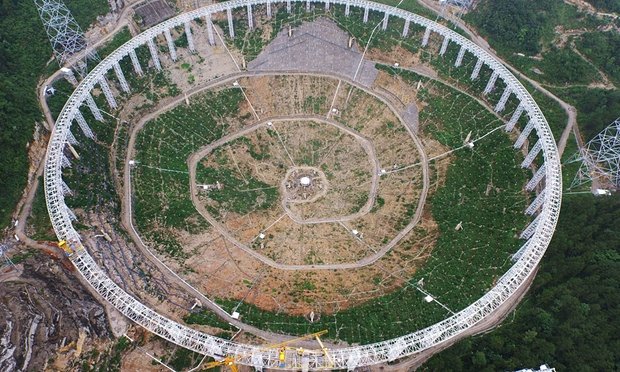 Chinese astronomer Shi Zhicheng said that the telescope would be a massive breakthrough in man’s quest to look for extraterrestrial life. He shared:

“If intelligent aliens exist, the messages that they produced or left behind, if they are being transmitted through space, can be detected and received by FAST.”

“If we are ever to make contact with aliens, China may play a key role … Our eyes and ears are closing in on the possibility of life on another planet.”

To make the project happen, more than 9,000 Guizhou residents have been relocated and paid by the government. 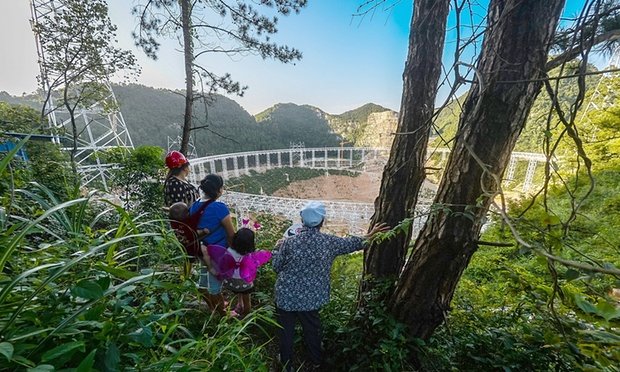 Let’s all wait and see if this telescope will be able to live up to expectations.