Road signs and rules are made for a reason. They are meant to keep drivers safe while on the road and prevent deadly accidents. Unfortunately, not all drivers follow the rules and thus end up hurting themselves or others. When this driver of a Mitsubishi Adventure ignored the “no overtake” lines on the road, things got really ugly.

The video was posted on Facebook by Roman Nuki Santos and named a Leo Kimbungan as the source of the dashcam video. It shows the POV of the dashcam on a vehicle driving on a curved portion of Marcos Highway flyover in Baguio City, Philippines. The middle of the road was marked by two solid yellow lines, which means that no overtakes are allowed here. 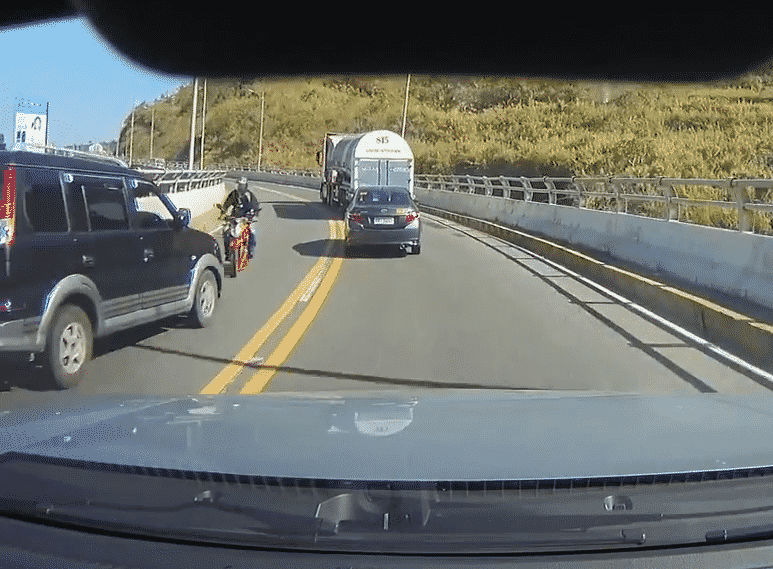 As the car was trailing along two vehicles in front, a motorcycle was running at top speed on the other lane. This is perfectly all right, since the highway is a two-way road. Suddenly, the Mitsubishi Adventure that was behind the car with the dashcam overtakes and hits the motorcycle head-on. The bike driver was thrown instantly off his vehicle and crashed hard on the road.

We thought the driver was dead on the spot, but reports say that he was alive and suffered an open arm fracture from the accident.

Here’s the video of the horrifying accident: