Jake Vella, an eight-year-old schoolboy from Malta, has a life-threatening hormonal illness, and he’s fighting to stay alive by competing in triathlons. In 2015, Jake was diagnosed with ROHHAD (rapid-onset obesity with hypothalamic dysregulation, hypoventilation, and autonomic dysregulation), which causes him to keep gaining weight despite his rigorous efforts to exercise and eat healthy.

ROHHAD affects the nervous system controlling involuntary actions. People with this illness can show a variety of symptoms such as slow heartbeat, excessive sweating, altered pupil response to light, and the inability to maintain normal water balance in the body. Only less than 100 people have ever been diagnosed with this condition, and doctors are not sure how long Jake has left to live as no sufferer has ever survived past their 20s. 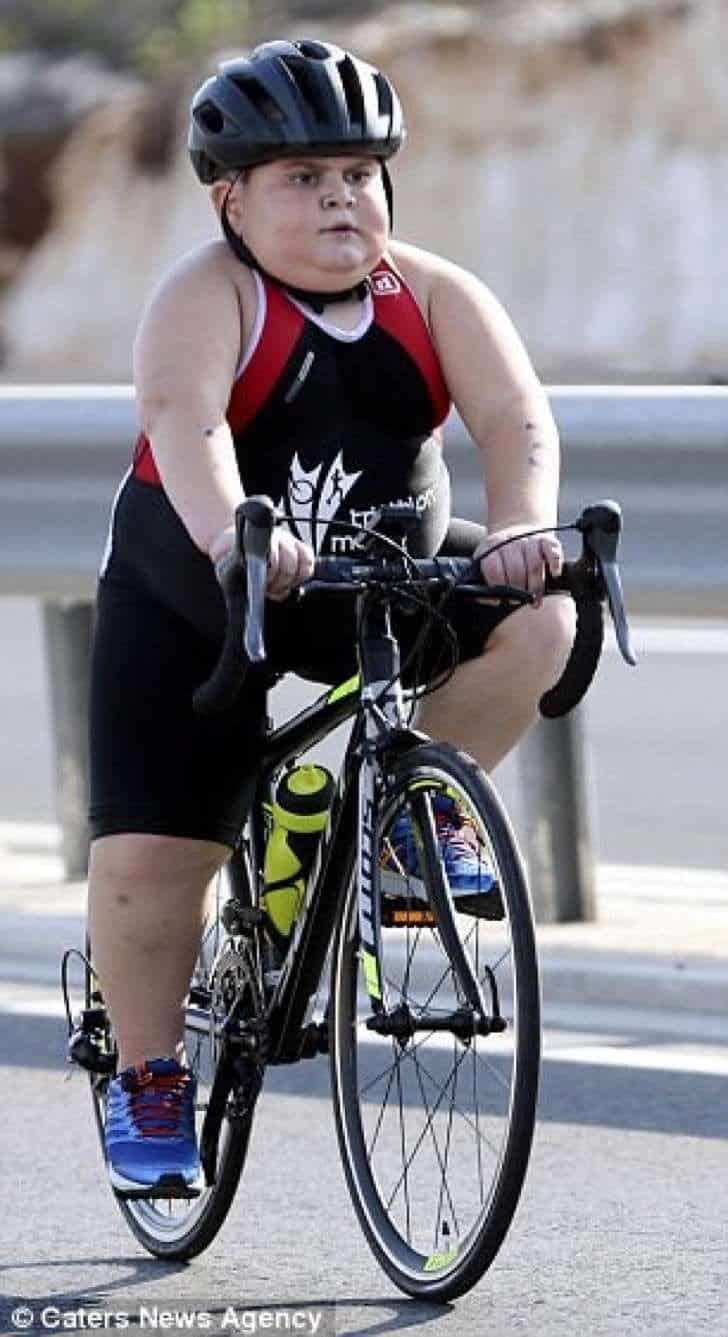 In order to survive and remain as healthy as possible, Jake participates in triathlons. He trains with his coach, Matt Azzopardi. And despite the judgmental looks he sometimes receives from people who are unaware of his condition, Jake hopes to follow the success of the Brownlee brothers, Team GB’s famous Olympic medalists.

He competes in triathlons to keep as healthy as possible. 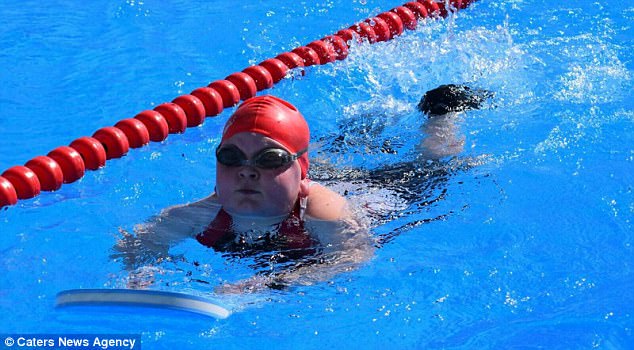 “Triathlons help Jake to keep fit and active. It’s good for his health and also gives him a chance to socialize with other kids. He leads a normal life, goes to school, plays the drums, but he has to be very careful not to get sick. We are frightened that a simple flu could lead to other complications.

“He trains with the Malta Youth Triathlon Association three times a week, and it really is like a second family to him. All the other young athletes and their families are so supportive of Jake, and they are the first ones to cheer him across the finish line. Now we have shared Jake’s story on social media, people from all over have come forward to say how he has touched their hearts. We are so overwhelmed.”

Jake’s story has been getting a lot of publicity, and many people are expressing their support. 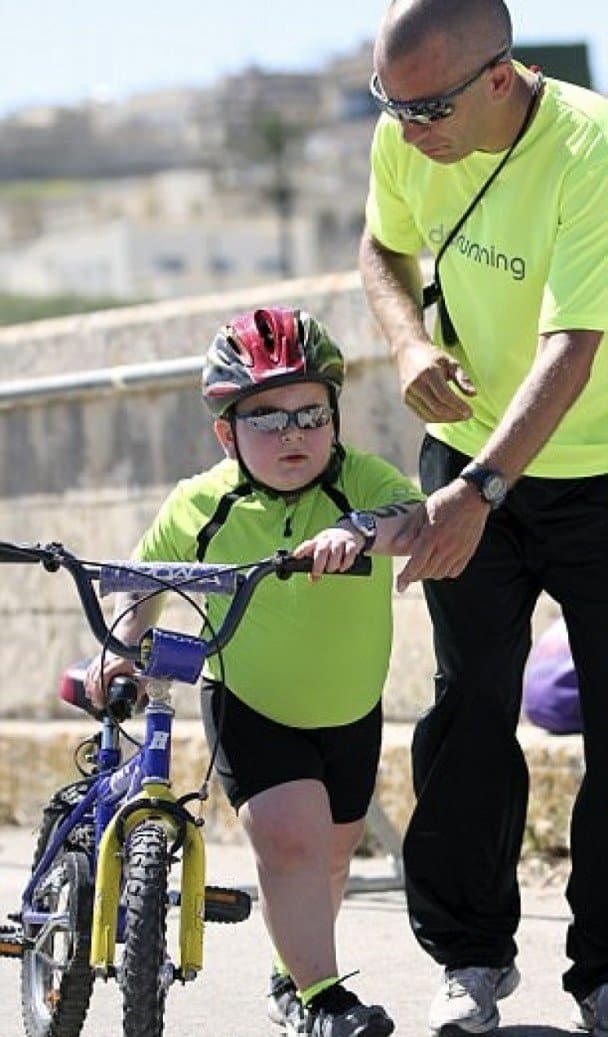 “He is extremely positive and motivated and easily the most dedicated. He never misses a training session without valid reason and is constantly eager to train. Jake is very lovable and steals the heart of all who know him. It is sad and heartbreaking to see what he has to go through.

“I look at his family with a mixture of sympathy and admiration – despite the hardship, they do their utmost to ensure that Jake gets as normal a life as possible.”

Jake trains hard with his coach, and he’s determined to remain as active as possible. 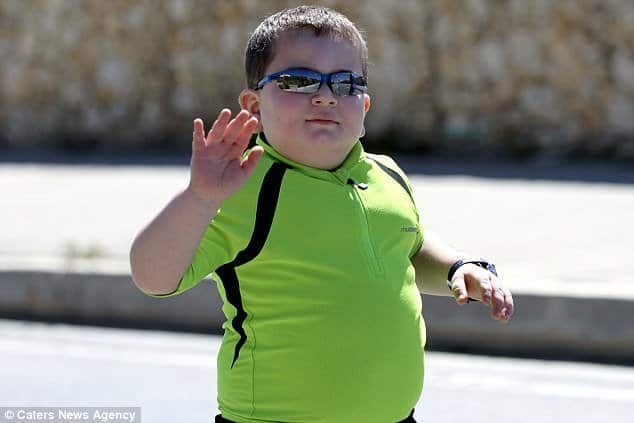 “Jake was always included in the group and followed the same training and adapted as and when the need arises. Some alterations are necessary in order to meet his special needs such as having to stop and go to the bathroom or keeping an eye on his heart rate and ensuring he doesn’t get too hot. But I always tell him not to change, to keep going and to do his best. He is an inspiration for so many.”

Jake’s story should be a reminder for all of us to cherish the life we’ve been given. We’re rooting for this boy!