The axolotl is a very interesting animal that’s native to Mexico. Its habitat has been identified as Lake Xochimilco near Mexico City.

The animal’s unique look alone stops people in their tracks. As a matter of fact, it’s been tagged as the “Mexican Walking Fish” despite the fact that it is not actually a fish but an amphibian.

The axolotl can grow from 6 to 18 inches. 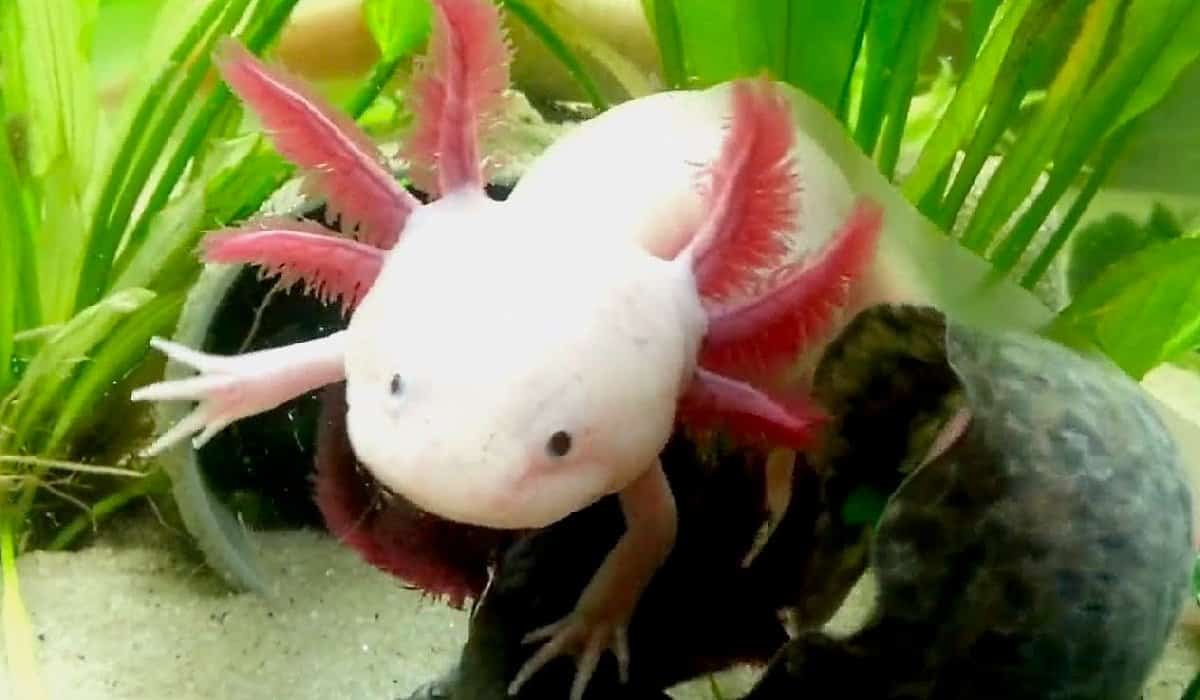 Indeed, the axolotl — to be specific — is a salamander. They easily get people’s attention because they look like they’re smiling all the time.

These axolotls are distinct from other amphibians because they do not go through metamorphosis in order to be sexually mature.

A female salamander can lay as many as 1,000 eggs. 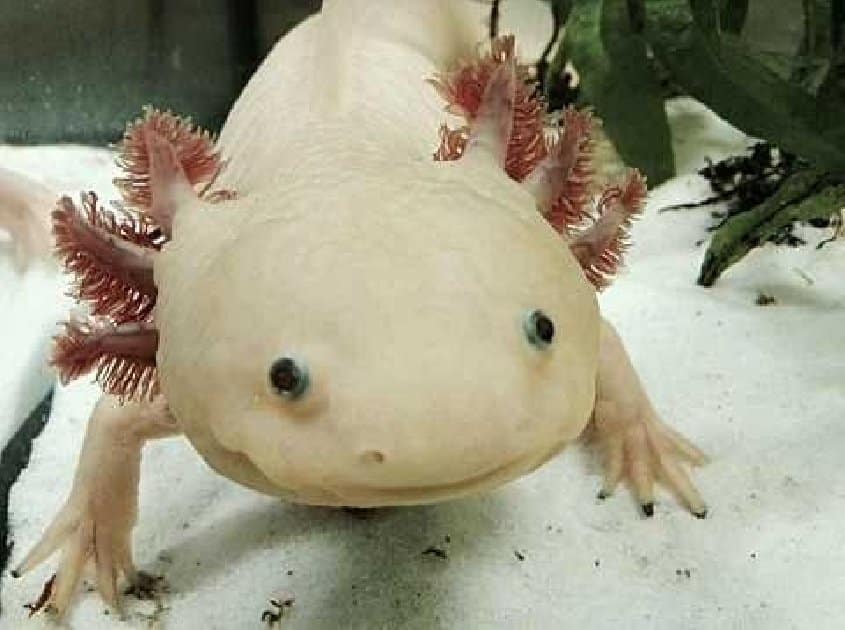 Moreover, axolotls don’t develop lungs. Their gills are prominent and they remain aquatic. This is the reason why so many people initially assume that they’re a kind of fish.

Those branch-like extensions are its gills. 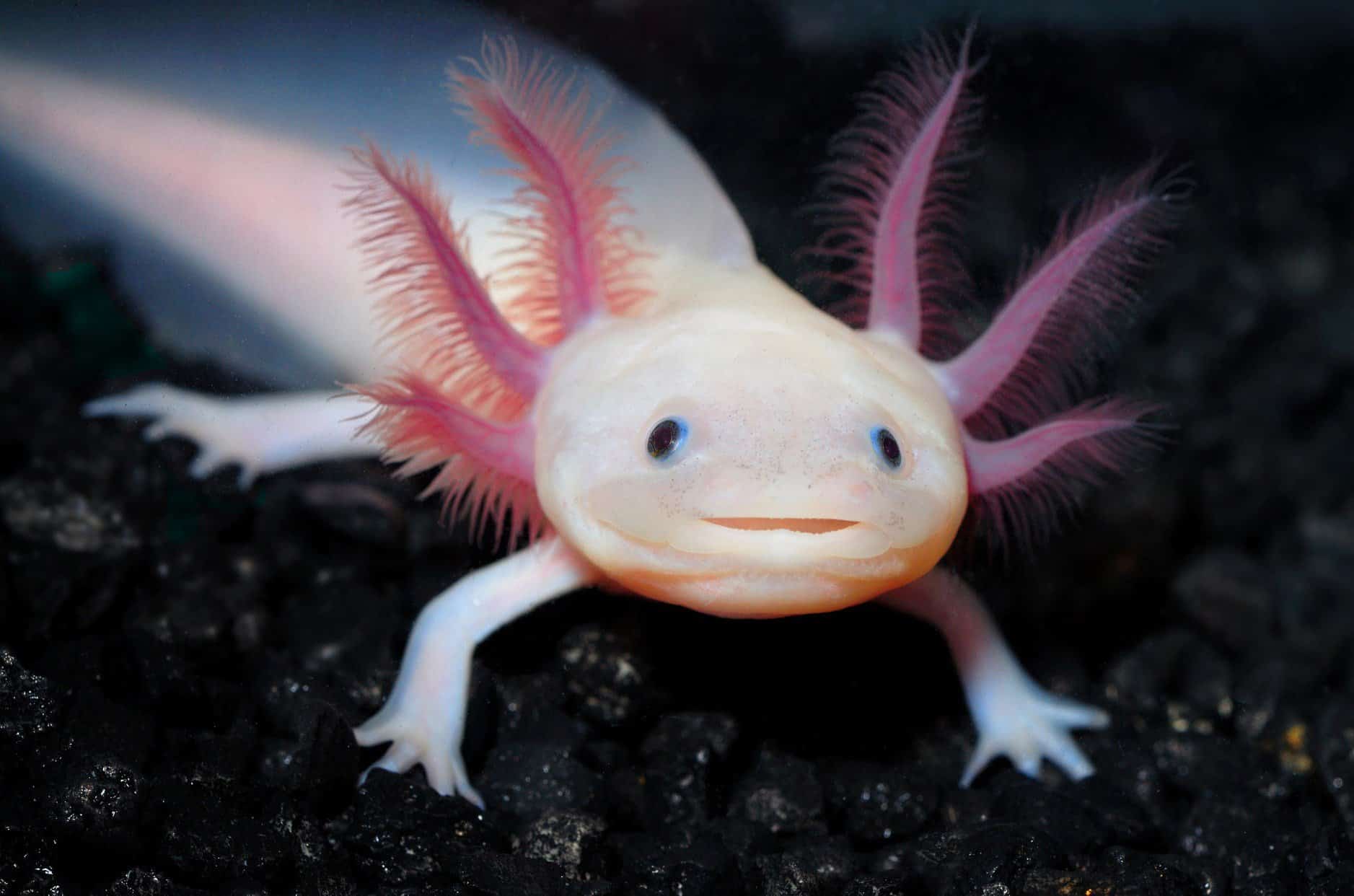 In a Scientific American feature, Professor Stephane Roy of University of Montreal was quoted as saying:

Move over, Wolverine! It has regenerating powers, too.

Aside from their awesome abilities, they have their unique look as an advantage.

“Axolotls of various colors occur in captivity, including gray, shades of brown, leucistic (white with black eyes), golden albino, white albino, as well as other varieties.”

Meanwhile, axolotls that live in the wild are nearly black, rich brown, cream-colored, or any shade in between.

Their colors vary, but the smile is the same.

Among the axolotl variants, it is, perhaps, the leucistic type that has gotten the most attention because it looks so quirky. Because of its color, its “smile” stands out.

A testimony to the creature’s cuteness is the fact that there’s a Pokemon character modeled after it — the Mudkip. 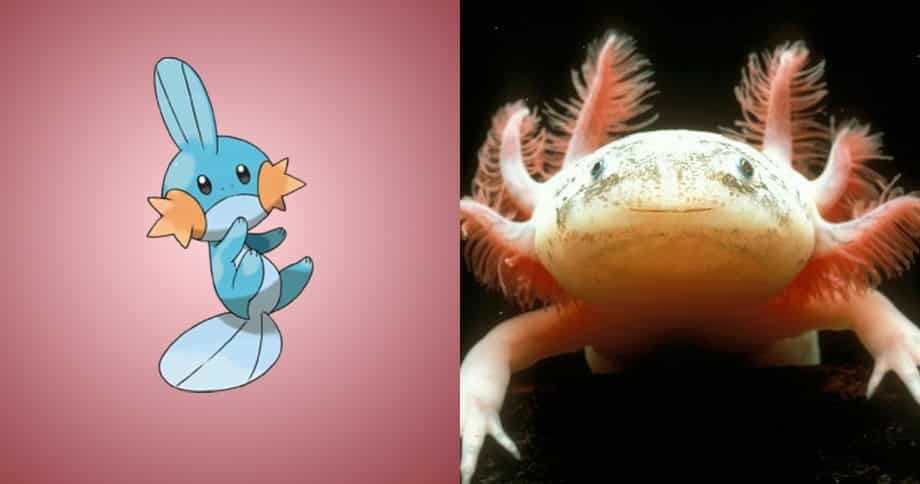 Source: The Pokémon Company and National Geographic via Dorkly

Unfortunately, the axolotl has been classified as a critically-endangered animal.

Environmental groups report that the number of axolotls has decreased alarmingly due to land drainage and the growth of Mexico City. Moreover, some locals still view axolotls as a delicacy. In other words, it doesn’t matter how many eggs the females can produce. The current environmental challenges are just not conducive enough for all her offspring to survive.

It would be a shame if this creature disappears forever. 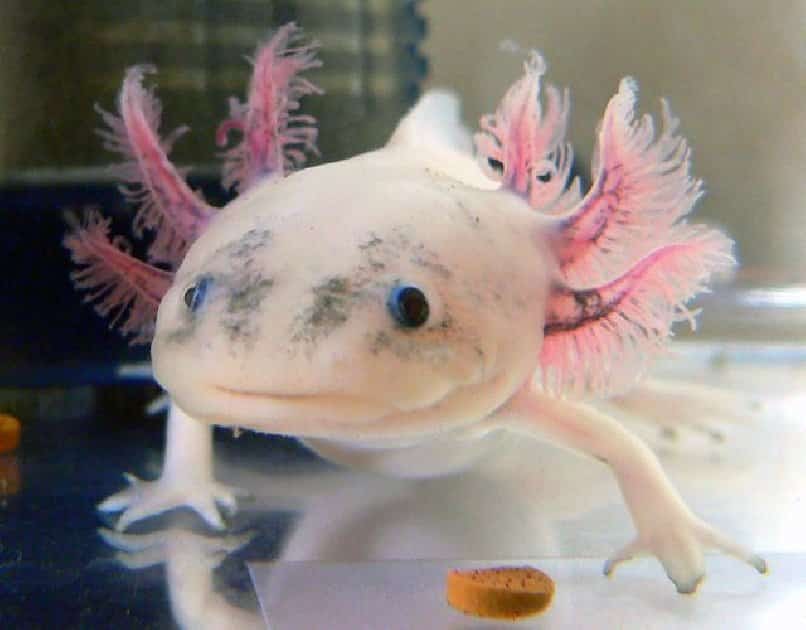 For now, the hope for the axolotls’ survival seems to be captivity. Scientists raise them for research, as they want to study their regeneration process more closely.

Watch the video and observe the axolotl in action.

Meanwhile, there are efforts being made to rehabilitate the axolotls’ natural habitat. In time, some captive creatures may be reintroduced to the wild so their population can increase once more.