Anthem Veterans Memorial (AVM) is a special yearly event celebrated in Anthem, Arizona. It is basically a monument dedicated to honoring the service and sacrifice of the United States armed forces. Apparently, there is a beauty hiding in it. But for you to unveil its secret gem, you have to be there at the right time.

In each Veteran’s Day, at precisely 11:11 AM PT, the sun’s rays perfectly pass through ellipses of the five Armed Services pillars. This phenomenon forms a flawless solar spotlight just over the mosaic of The Great Seal of the United States.

The monument, however, is “incomplete” 364 days per year. 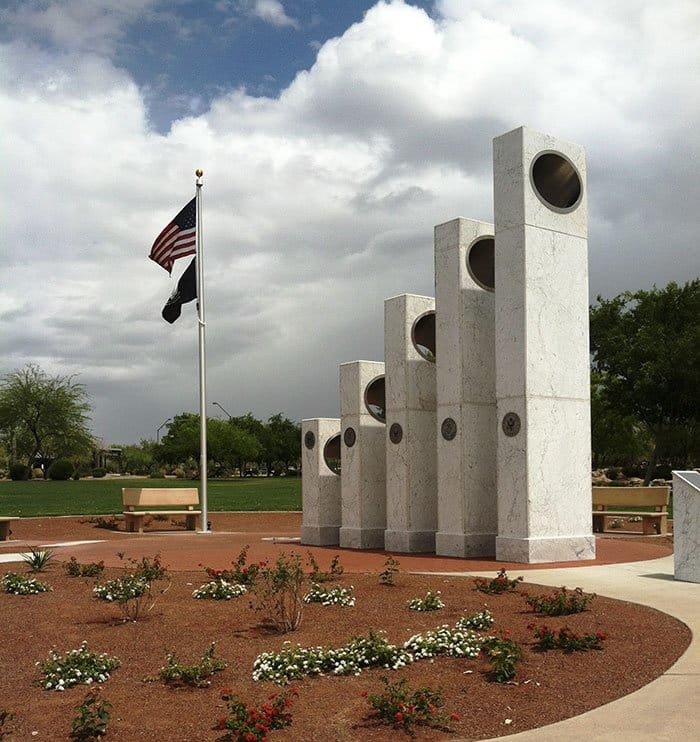 By definition, they are all staggered in size along with their respective military seal placements. The latter can be seen on each pillar and are based upon prescribed precedence of the Department of Defense.

At exactly 11:11 AM PT, the sun’s rays beautifully pass through the ellipses of the monument’s five pillars. 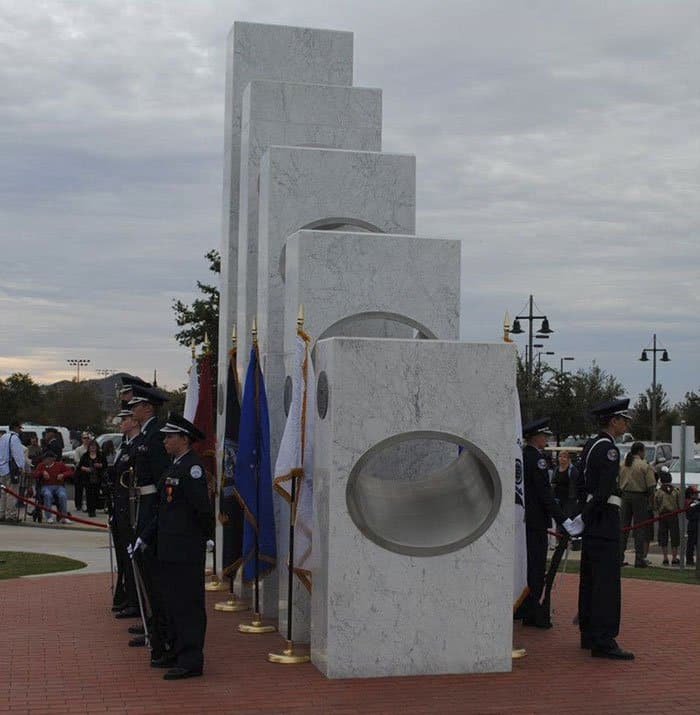 This event wonderfully illuminates The Great Seal of the United States. 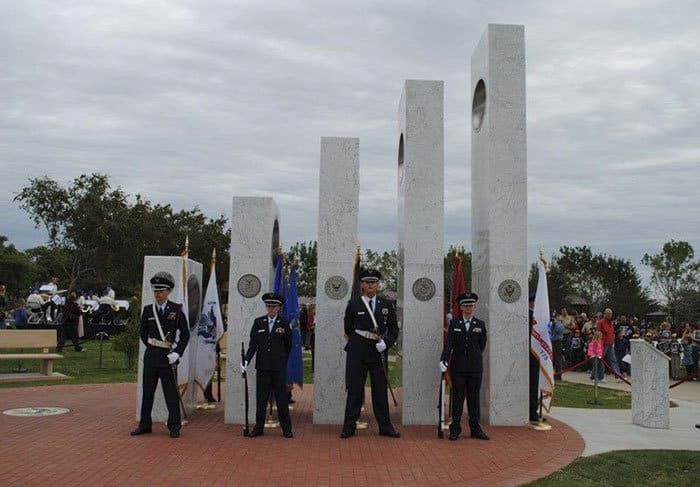 AVM Chief engineer Jim Martin said that a lot of consideration was made before they started constructing the monument. He was quoted saying,

“Each year, the center of the sun is slightly offset from other years by just a few horizontal or vertical arc-seconds relative to the timing of the required azimuth/altitude position of the sun.”

The community council checks “the variance 500 years” out. 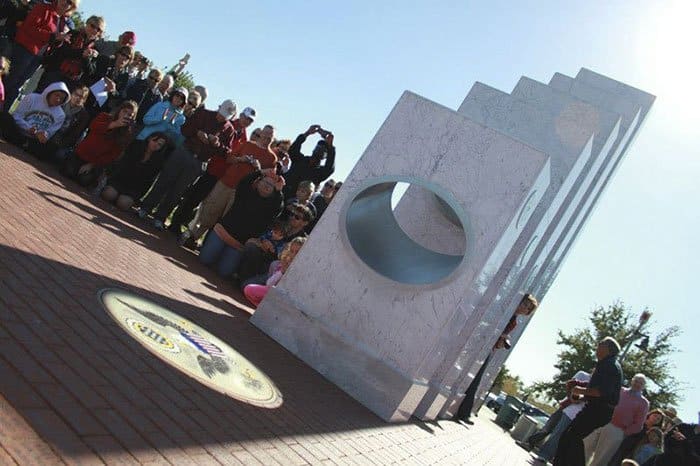 This is to ensure that the structure stands and that the effect continues to work. 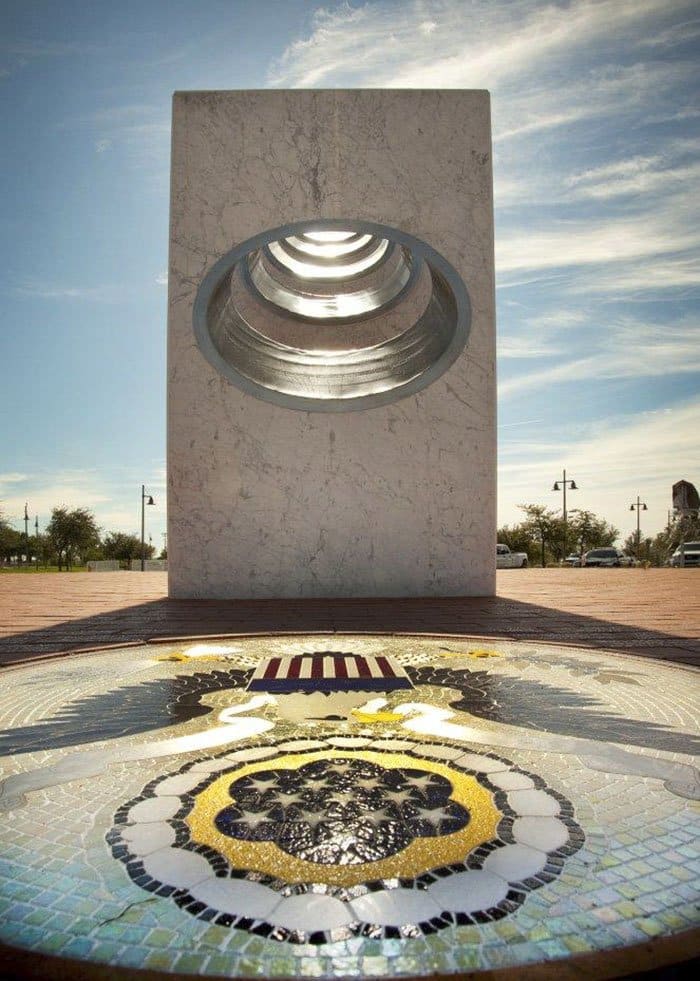 “Using the statistical mean of the 100-year data, the altitude and azimuth angles for the structure were adjusted to provide time/error fluctuation of plus or minus 12 time seconds from the International Atomic Time mark of 11:11:11 a.m. we also checked the variance 500 years out, and if the structure is still standing, it will work.”

There is no doubt that a great amount of effort was involved in creating the Anthem Veterans Memorial monument. Clearly, it is more than just a structure erected to commemorate a special event.