The sad reality is that there are hundreds of dogs abandoned by their owners, and mostly, they leave them along the side of the road. The helpless creature ends up fending for itself, while others won’t survive or meet their demise by getting run over.

For this little puppy, however, it’s such an unfortunate thing to be stuffed in a box and left on the side of the road.

It’s risky for the puppy because it could get hit by a car anytime it makes the wrong move of crossing the road. But somehow, it was a lucky day for the pup.

This puppy was abandoned by its owner, who presumably stuffed it inside a box and left it on the side of the road. 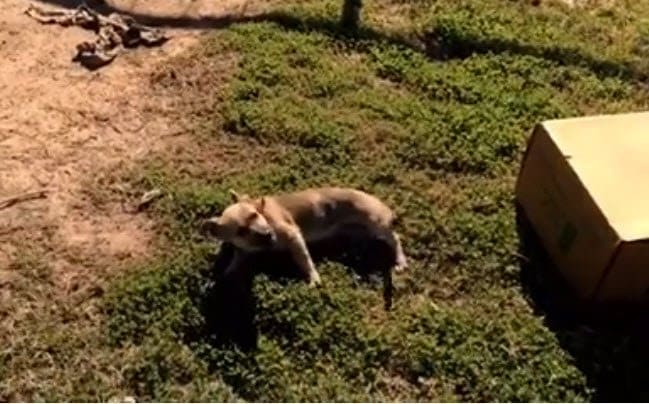 Then this cyclist came along and found the little pup. This little one knew it just found a hero in him. 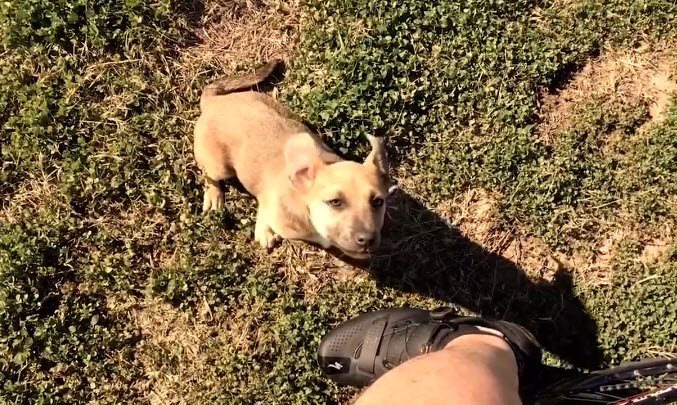 The puppy started to charm its way into his life, trying to be a more adorable furball than it already is.

Then, it starts to roll over, run around and wag its tail endlessly.

Then it goes over to the cyclist and licks his leg and scampers away – and the puppy’s doing this over and over. 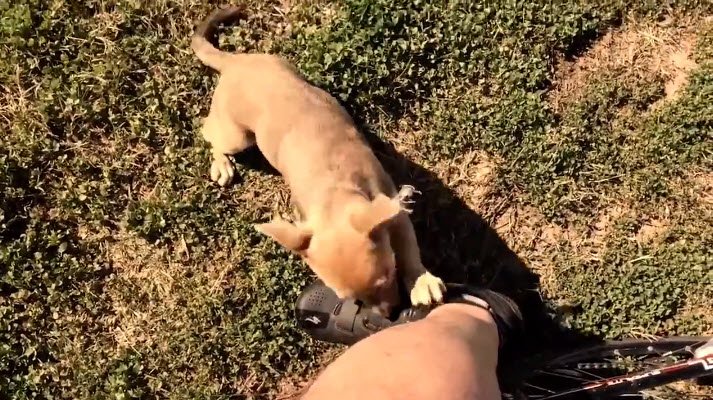 The cyclist couldn’t resist the poor little creature that he had to pick it up and give it a long ride home. 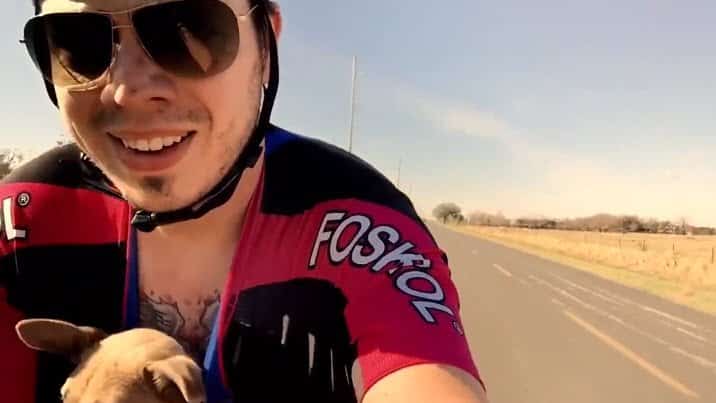 When you go out on a bike ride, you’re in for great adventures. And this guy just found one sweet adventure that day.

He stuffed the puppy inside his suit and off they went. The moment has been captured by the guy’s action cam and it will surely melt your hearts. 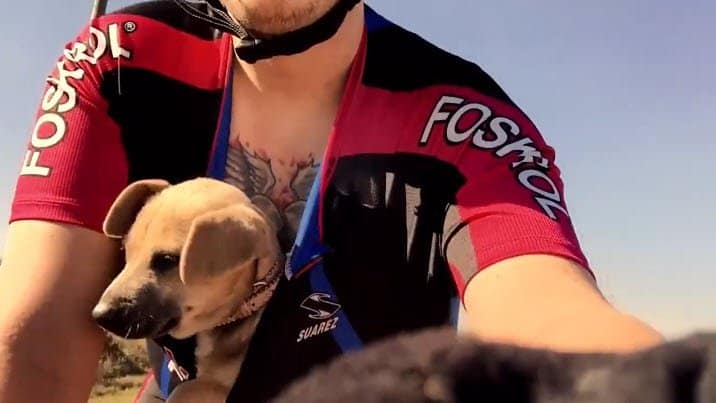 Check out the truly heartwarming moment in the video below.

According to BarkPost, this pup is now up for adoption.

If you were in the cyclist’s shoes, would you have done what he did? Will you be able to resist the charming puppy, who obviously is trying to win your heart? Sound off in the comments below!