No matter what age they are, giving toys as gifts to children seem like a good idea – especially if the toys are not only fun, but educational too. Toys can promote fine motor skills, memory and imagination or even linguistics skills for children.

However, there are toys from the past that are so grotesque in concept, you would probably ask, “What the hell were the manufacturers thinking?” Allow us to present to you 5 scary toys from the past that could send any child scampering in fear. Next Christmas, you might consider giving these and its guarantee that your nephews and niece or godchildren will never visit you again! *evil laugh* 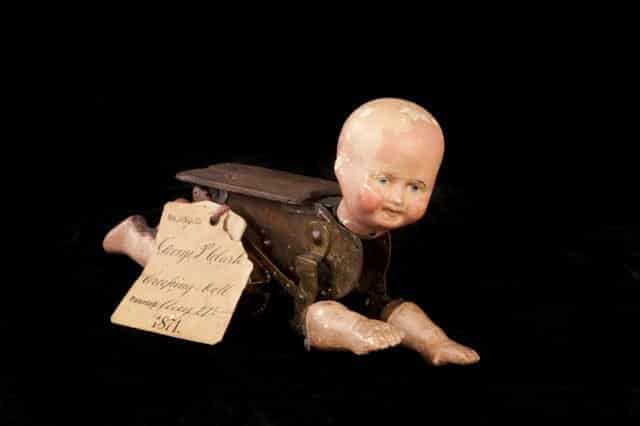 This toy was patented in 1871 by an American named George Pemberton Clarke. At that time, it was one of the first inventions of a locomotive toy. It is similar to wind-up toys and both the legs and arms of the creepy baby are attached to a clock mechanism inside that moves the appendages. The creeping baby doll is supposed to imitate and maybe teach a baby to crawl. But what it all evokes is the haunting feeling of a mangled baby slowly creeping up to eat you! 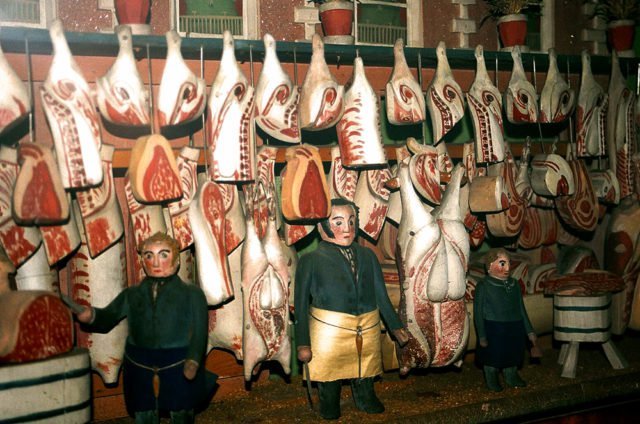 I admit I do admire the detail on this one but letting your child play as a butcher, brutally cutting down plastic carcasses is somehow a terrifying thought. The make-believe toy setup even has butchers in bloodied uniforms equipped with large knives and animal carcasses hanging in the background.

To make things better (or worse?). the carcasses can really be cut because they have detachable parts. The setting itself has blood drippings on the floor to give off a realistic vibe. Too much gore, and scary toys for a toddler? But parents of that time surely didn’t think that. This toy was popularized back in the 1800s where butchery is a profession children aspire to be when they grow up. Think of it like the equivalent of today’s dreams of being a policeman or teacher or whatnot. 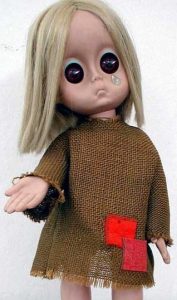 Would you believe if I tell you that this Little Miss No Name (LMNN) doll was from the same toy manufacturer who made the much-loved Baby Alive doll today? Well it’s a good thing that the Hasbro toy company bounced back from the concept of the Little Miss No Name doll which they launched in 1965. At that time, the LMNN was Hasbro’s retaliation against Mattel’s overly famous Barbie dolls. Unlike the perfect and capitalist Barbie dolls, the LMNN capitalized on children’s pity. “Look at me, no one loves me. Spare me a piece of bread… spare me some love” – that kind of emotional attack. Dressed in rags, big black eyes and with a pitiful tear running its cheek, either the LMNN taught children about love and compassion or they had nightmares because of it! 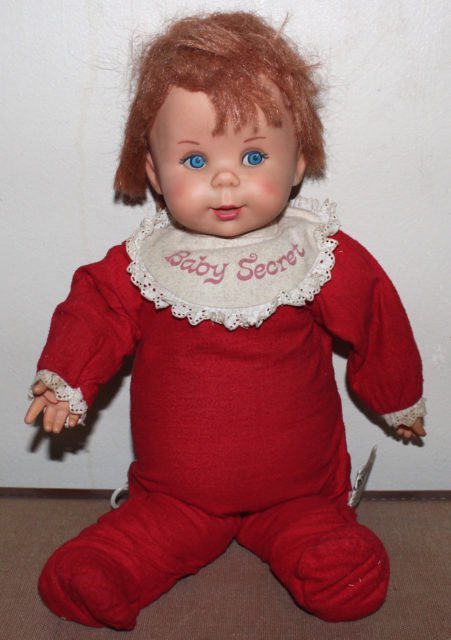 Which other gingerhead doll, dressed in red clothes can you think of? Does the popular Chucky the Killer Doll come to mind?

One year after Little Miss No Name, Mattel, the rival of Hasbro, launched their own scary doll. It is called Baby Secret because when you pull the strings on this doll, it will whisper a secret. And what does it say? Well sweet little things like “I want to tell you something…” or “I like to sleep with you”. Sure is creepy for a child’s toy.

5. Hugo, Man of a Thousand Faces 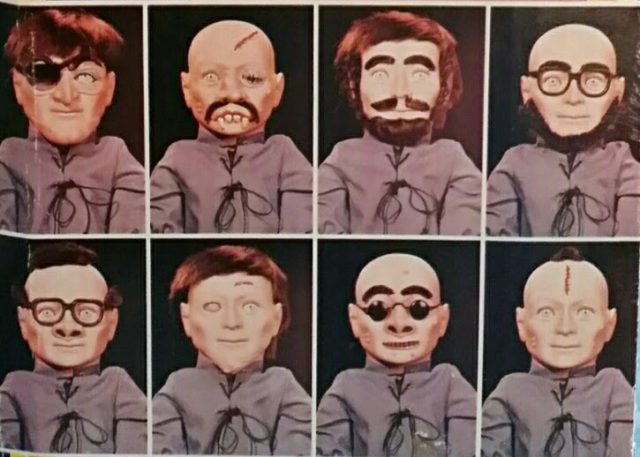 Another vintage scary toy that launched in 1975 is Hugo. He is like a puppet stuffed with cotton, with no legs or torso. His arms will flap when you pull on a string and the most definitive feature is you can alter his face anyway you like.

It comes equipped with props for body parts such as noses, eyes, hair and other accessories. You can make him look like a villain or a banker or a murderer with all the available props. But without these faces, Hugo’s true face is bald with empty eye sockets, sure to give children nightmares.

Surely the manufacturers at that time may have had the best intentions while creating these toys. They just probably didn’t think these will turn out creepy! Did you own any of these scary toys from the past? Or do you have suggestions for other scary toys? Post them below!