Thanks to French sociomedical researcher Odile Fillod, French students may be the first to access a new sex education teaching material – the first ever anatomically-correct 3D-printed model of a clitoris. Fillod developed the model with the aim to familiarize both girls and boys with said the organ.

In an interview with Vice, Fillod said,

“The quality of sex education in France has never been properly evaluated, but the few surveys that do exist suggest it’s very poor.”

This is the first 3D printed model of a clitoris. 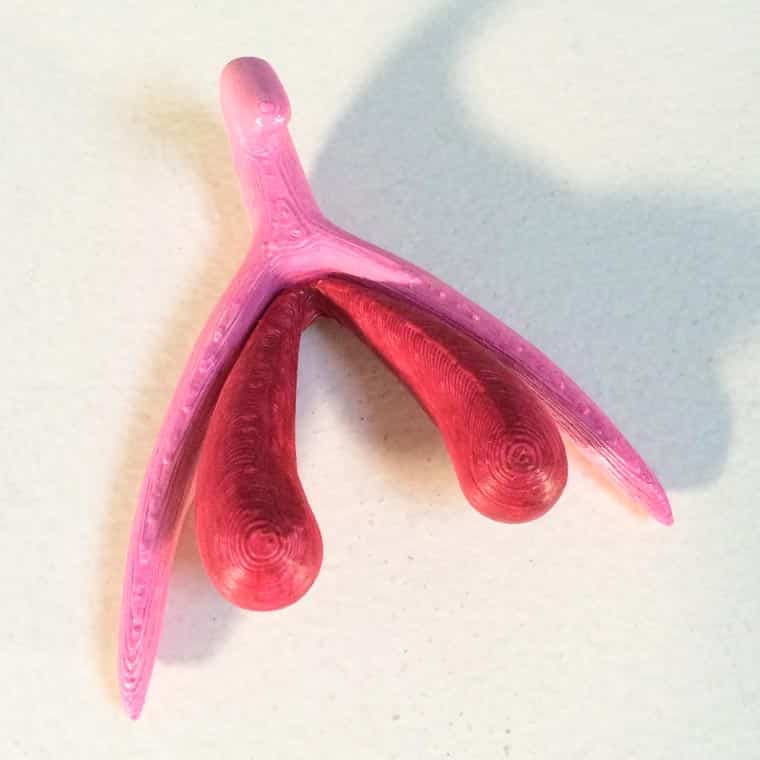 As we can all see in the model, the clitoris is much larger than what people perceived it to be. In fact, it measures about 2-4 inches or 5-11 centimeters; it’s just not visible.

The clitoris also shares some similarities with the penis, as it also enlarges when aroused and has its own version of erection. However, unlike the penis, the clitoris can triple in size during arousal. Moreover, it has about 8,000 sensitive nerve endings, double that of the penis. Needless to say, clitoral stimulation significantly contributes to female orgasm.

Who would’ve thought that this is its actual size? 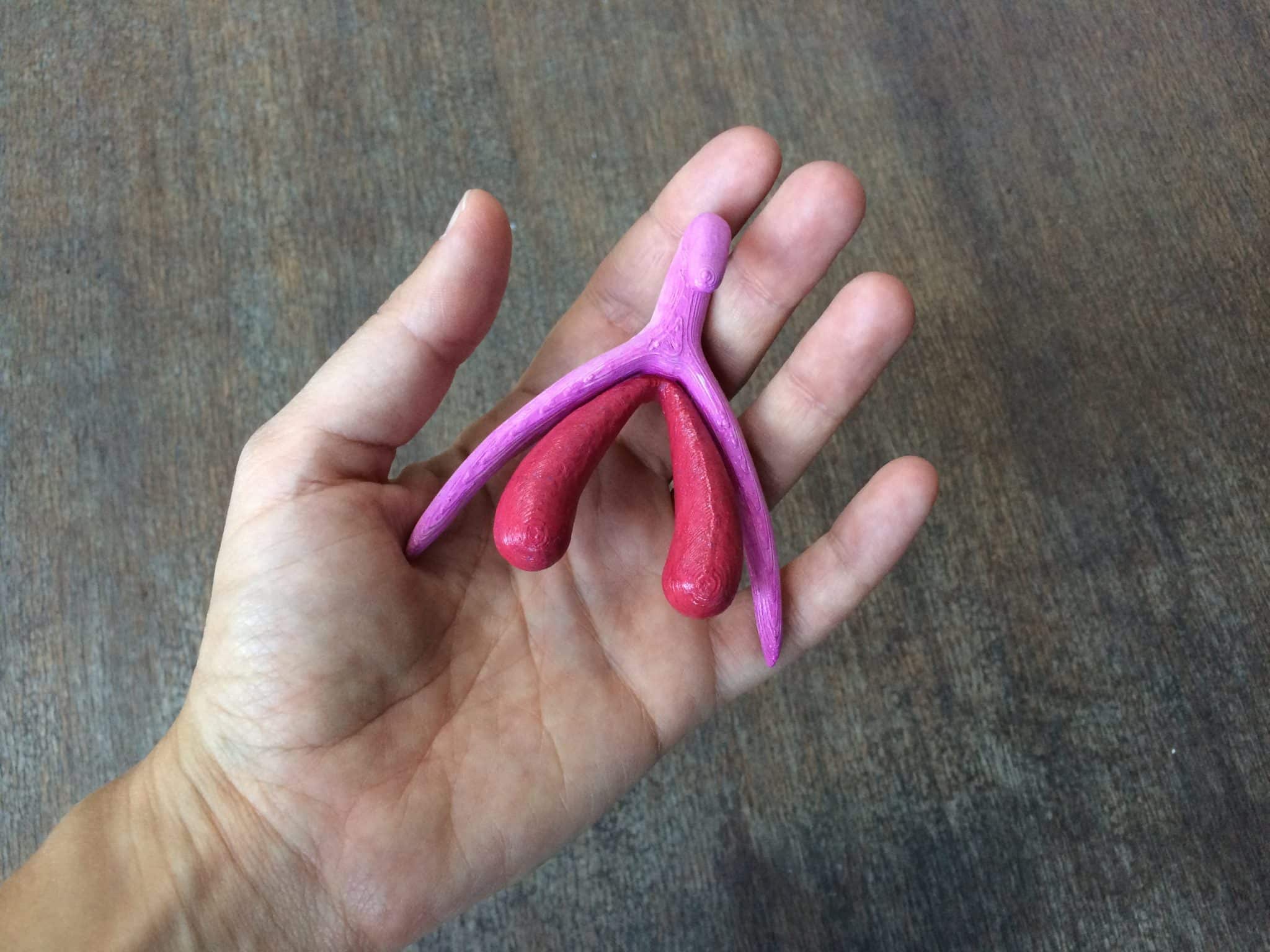 Not much is known about the clitoris’ anatomical purpose, aside from the belief that it exists solely for the purpose of pleasure and the notion that it might play a role in a woman’s immune system.