Chinese leader Mao Zedong — popularly known as Chairman Mao — is hailed as the founding father of the People’s Republic of China. He led the Communist Party of China from the time is was established in 1949 until his death in 1976.

In anticipation of Chairman Mao’s 40th death anniversary in September this year, Chinese businessmen and even some rural communities pooled their funds last year for what they thought would be an awesome tribute to the late leader. They came up with almost 3 million yuan or around $459,000 for the supersized endeavor.

This Chairman Mao statue is literally larger than life! 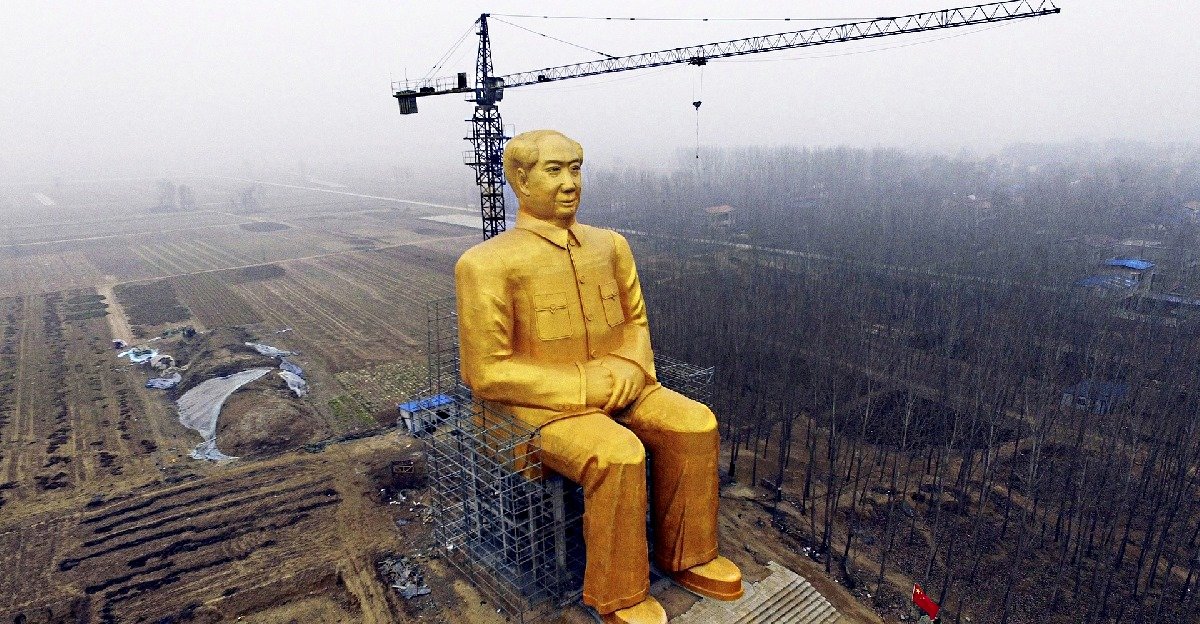 Built from concrete, steel, and bathed in gold-colored paint, the statue took nine months to build and was completed just last December. It depicts Chairman Mao sitting on a chair with his hands clasped together. It now looms large over Tongxu county near the city of Kaifeng in Henan province.

It took nine months to build the statue. 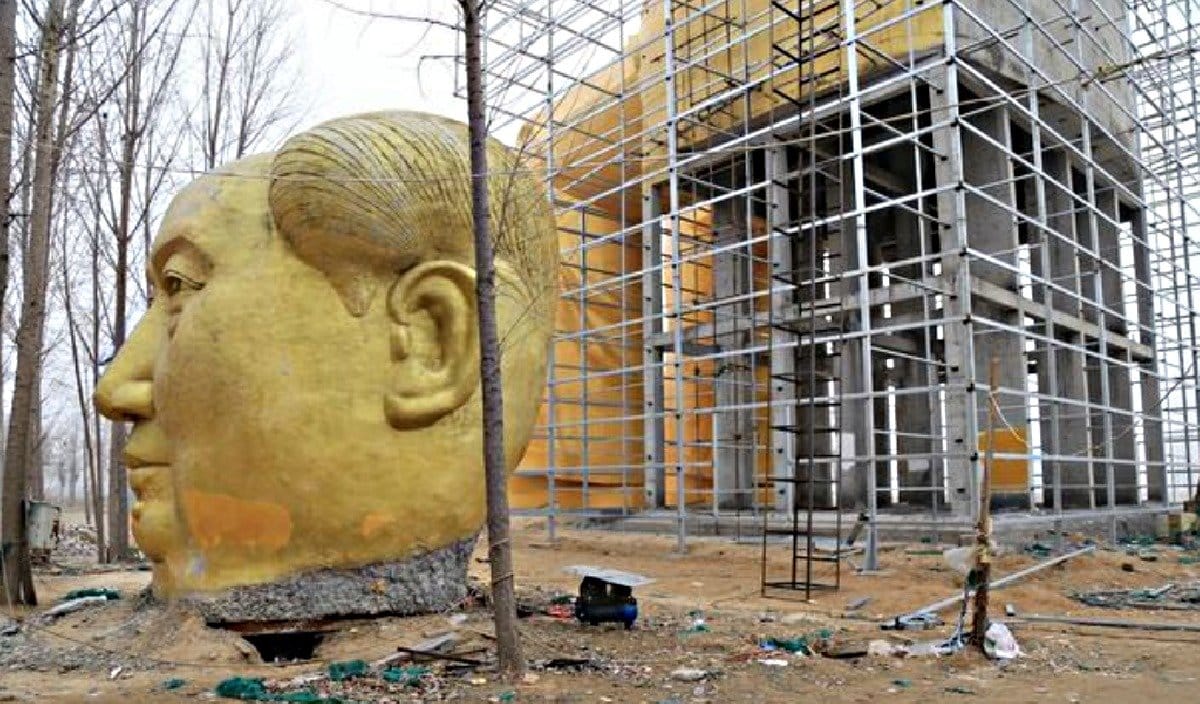 Liu Jianwu, the dean of China’s Mao Zedong research center, praised the statue. He explained that it was only natural that the people would come up with the can’t-be-missed creation.

Look at the size of that shoe!

“In contemporary China, Mao Zedong represents the embodiment of fairness and justice. So people hold these kinds of emotions towards him,” Liu said. However, he also added: “There is no need to build such a big statue and I do not suggest people imitate this either.”

It's surrrounded by empty fields. 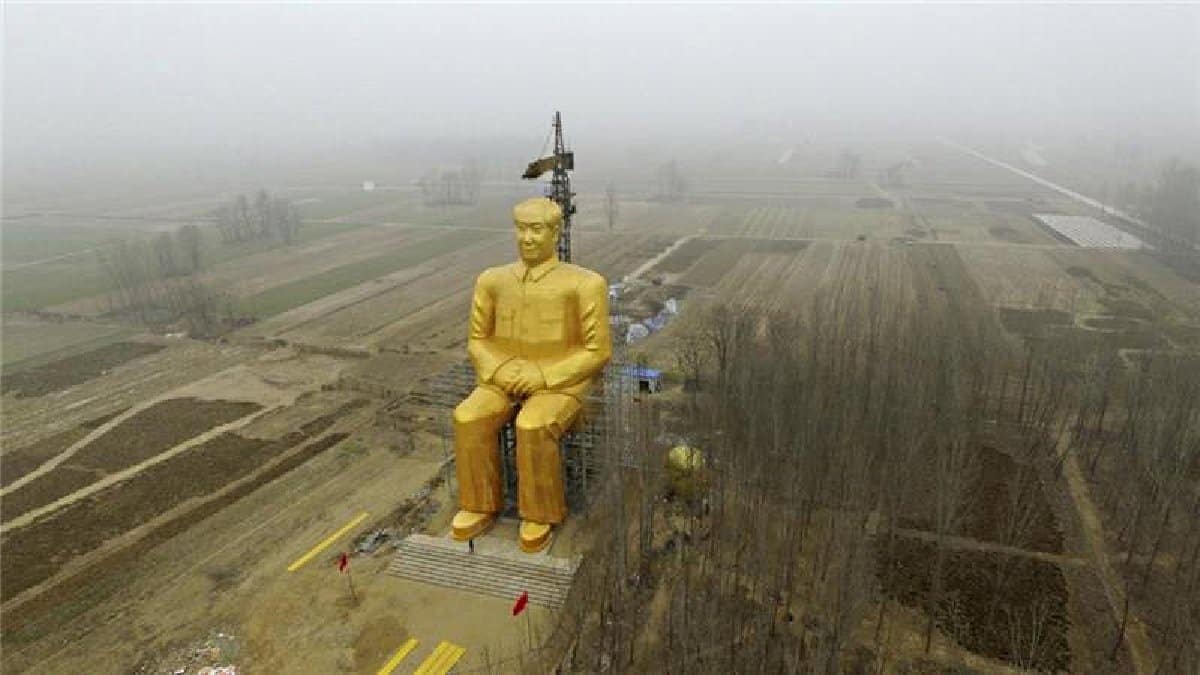 Indeed, for some people the creation of the enormous tribute statue is ironic. Chairman Mao, as The Guardian‘s Tom Phillips recalled, has been blamed for the deaths of millions of Chinese citizens when his efforts to push for breakneck industrialization caused a calamitous famine.

"Massive" doesn't even begin to describe it. 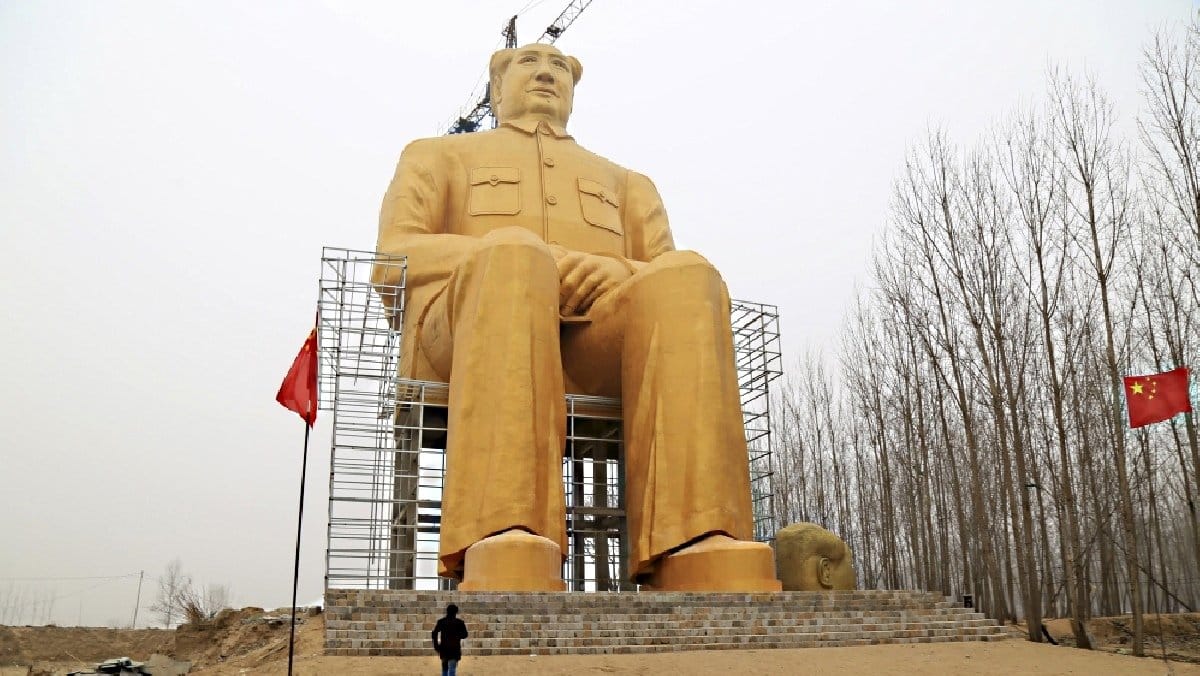 The death toll from the catastrophe has been pegged at 45 million. Henan province — which is still tagged as a poor region — was actually one of the areas worst hit by the famine.

Just imagine the statue standing up and stepping on that van. 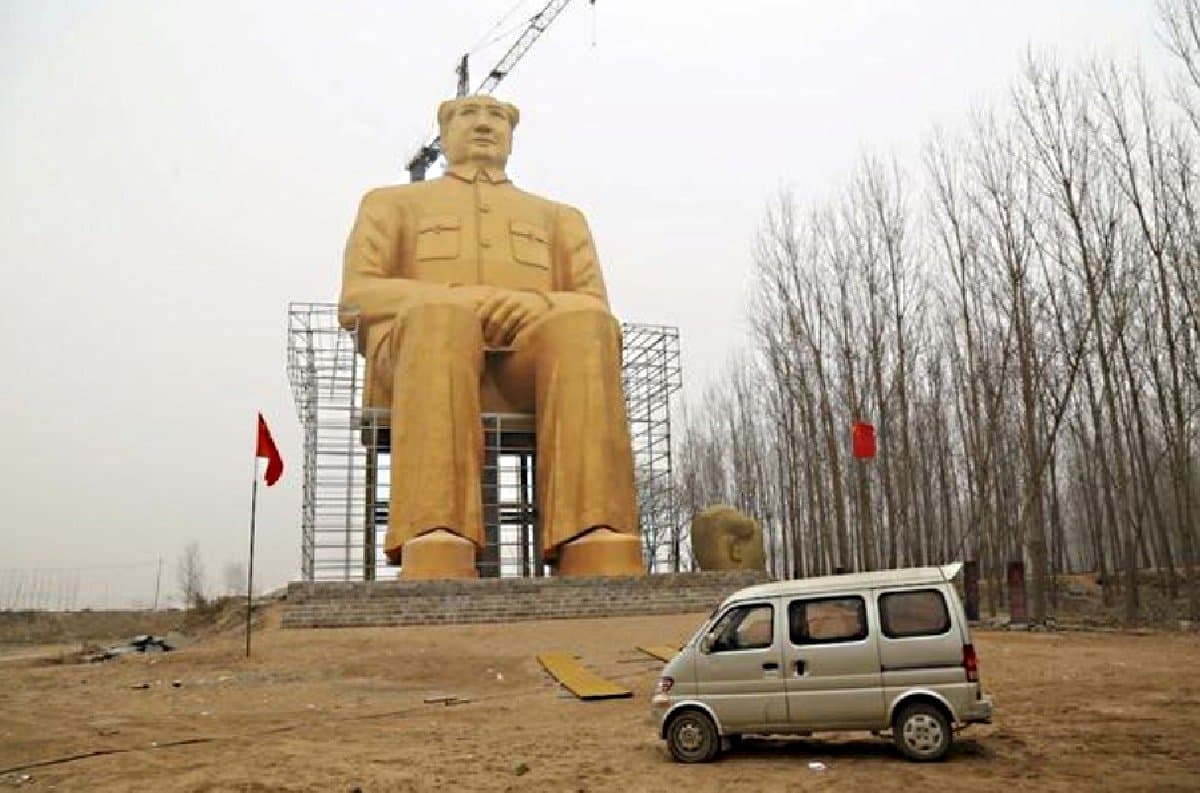 For his part, Professor Michel Hockx — the director of the School of Oriental and African Studies (SOAS) China Institute at the University of London — said, “[The building of the statue] is a massive act of nostalgia, mixed with popular religious sentiment.”

It has become a favorite selfie spot. 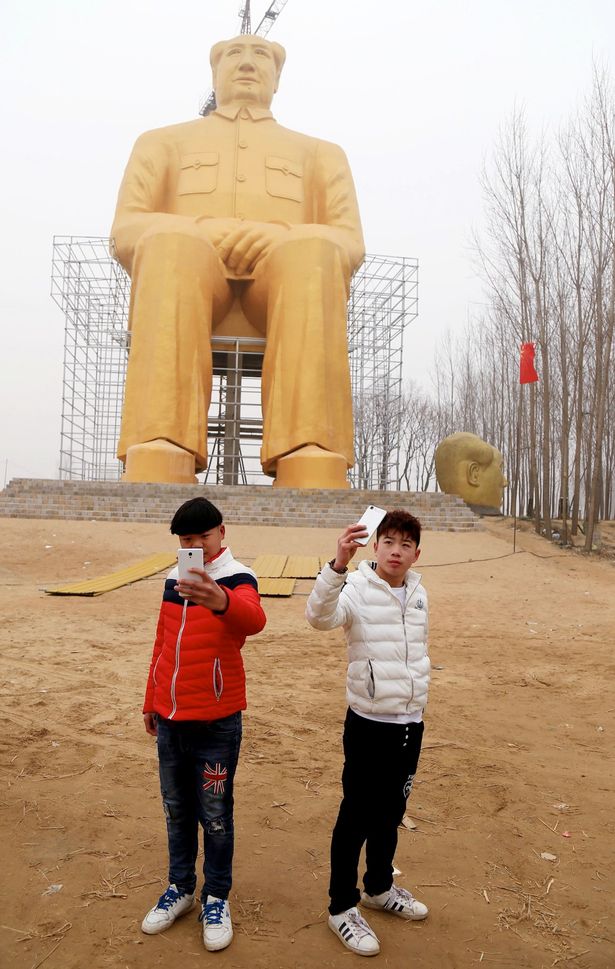 Hockx pointed out, “There is a tradition in poorer areas in China to erect blingy statues of popular deities in the hope of gaining good fortune. It seems that this particular community has raised Mao to that level.”

A drone took a closer look at the supersized tribute statue.

Needless to say, the enormous statue has made a big impact on everyone.