No one can come between people and the pets they love. Not even money. A woman from Brisbane, Australia rushed into the Brisbane Bird and Exotics Veterinary Services in a panic one day. Apparently, her Ranchu goldfish, Conquer was ill.

After an initial examination, the vet-in-charge determined her finny friend had ingested a pebble from its tank, which had lodged at the back of its throat. 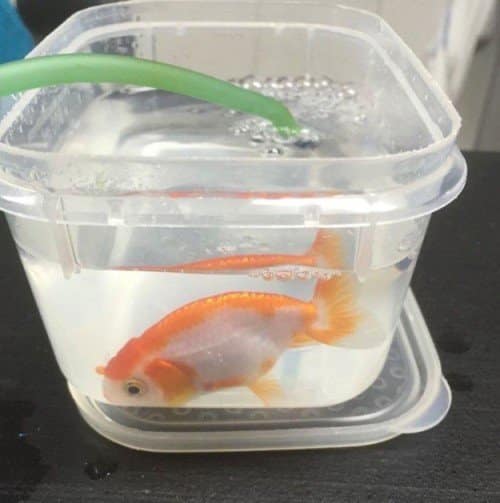 Thankfully, Conquer’s keen and observant human noticed Conquer behaving strangely earlier. If not for her quick action, the goldfish would’ve starved to death.

The 21-year-old pet owner didn’t think twice about authorizing emergency “surgery” for her beloved Conquer. Even if it cost her an arm and a leg.

So Conquer was immediately anesthetized and prepped for a procedure to remove the pebble from its throat.

And inserted a special metal instrument. 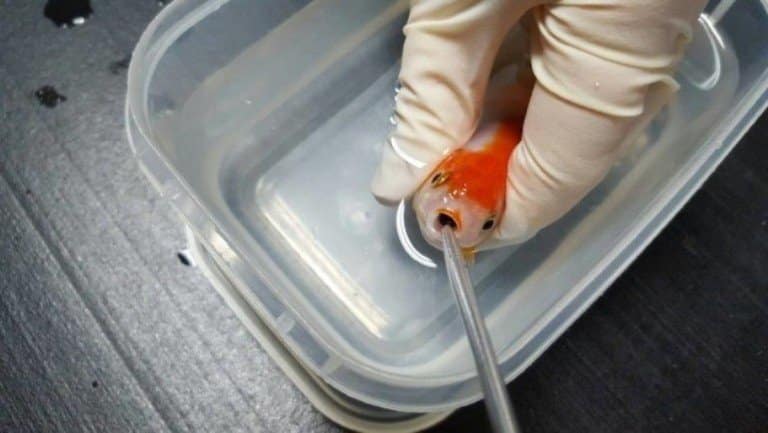 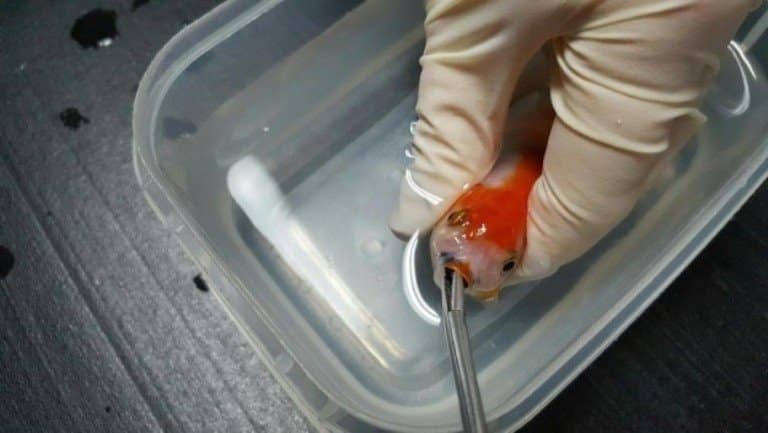 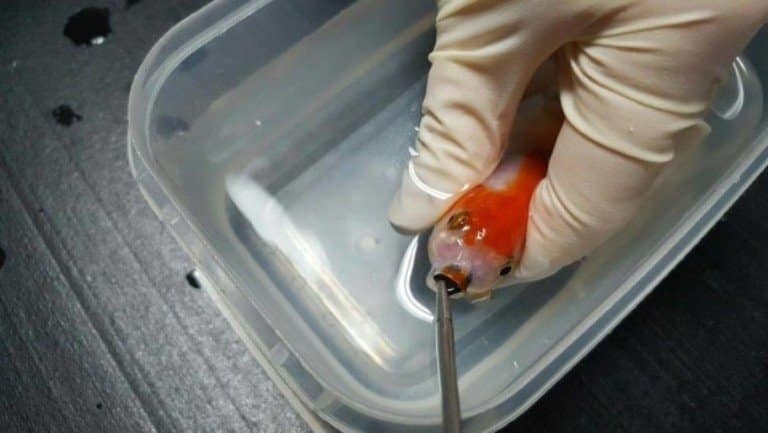 And successfully removing it. 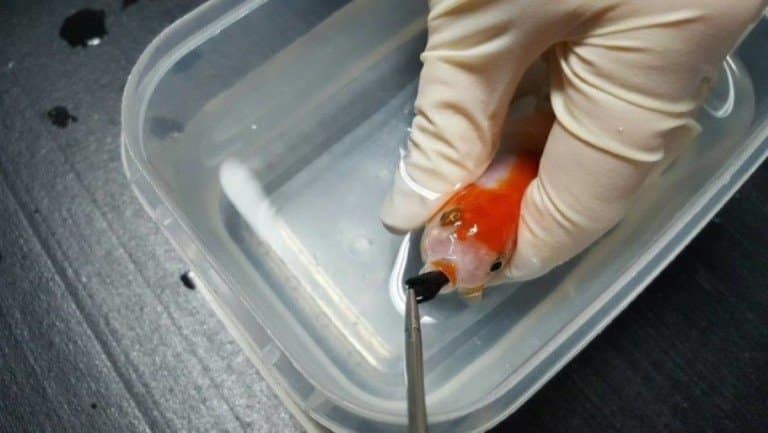 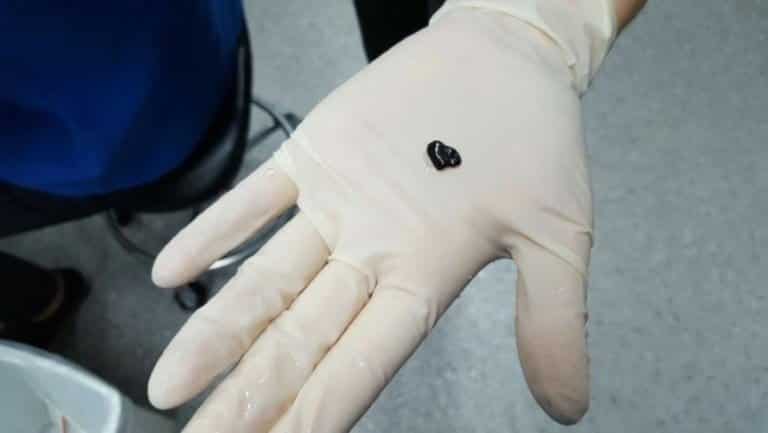 According to the veterinary clinic, it was a very quick procedure. The anesthetized goldfish was complacent and cooperative throughout.

For a $12 goldfish bought at a pet store, Conquer’s pebble removal procedure cost quite a pretty amount.

Conquer’s owner shelled out $500 to save its life, and the vets at the center applauded the her decisive action to save her beloved fish.

Of course the sky-high bill for the quick pebble removal may have played a good part in that applause.

In the same manner people plunk down a lot of money for their child, cat or dog, Conquer’s owner valued her goldfish in much the same way.

The vet clinic approved of the heartwarming way the pet owner who truly loves her fish.

So much so that she was willing to go to all lengths to save its life. 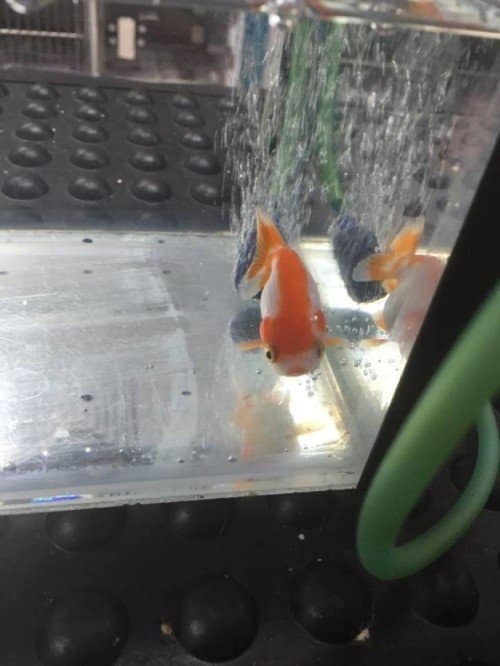 Conquer is expected to make a full recovery, and is now swimming happily at home.