If there’s one thing we could all agree on about hospitals, that will be the tasteless food they all serve to their patients. Being admitted to a hospital is never a good experience. You have to go through countless tests or procedures and won’t even have a good sleep because of the hourly rounds. For the hassle, you must at least be treated to a decent meal, but hospitals already have a bad reputation on serving meals.

But not all hospitals are equal! It is pretty rare to hear someone wanting to stay in a hospital forever and be treated like a hotel guest served with sumptuous meals. But this new mother changed the perception of the world about hospitals through the photos she posted online which had everyone drooling over her festive hospital meals.

An unnamed woman recently shared on Imgur 12 photos of the meals served to her by a hospital where she gave birth which had people from all over the world desperate to be admitted to the maternity ward. She showed trays of overwhelming meals where the new mother enjoyed five to six bowls of food.

The new mother was treated to a meal of Omuraisu, Macaroni Salad, Chicken Soup, Squid Rings, Fruit, Green Tea on her first day at the hospital. 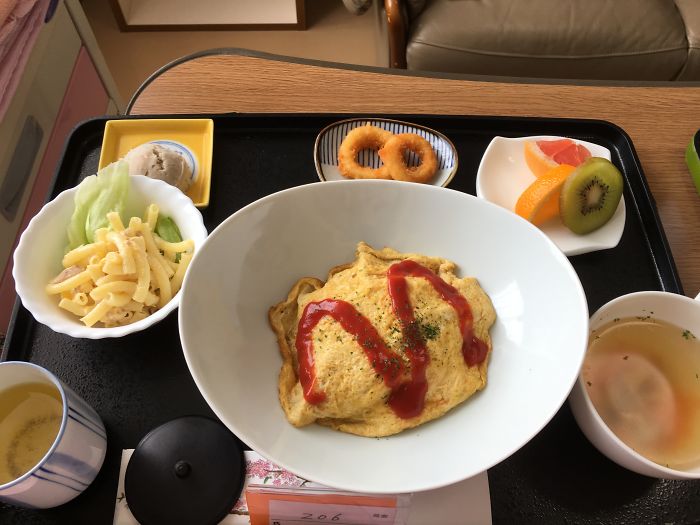 The woman received consistent menus of main course of meat or noodle entrée surrounded by numerous options of side dishes like vegetable, rice, sauce and tea. She definitely didn’t have a problem recovering as she was given prime care which was obvious with her Japanese post-delivery meals.

And on her meal she had a big meal of Mushroom Pasta, Potato Salad, Broccoli And Bacon Salad, Chicken Soup, Fruit, Bread, Green Tea. 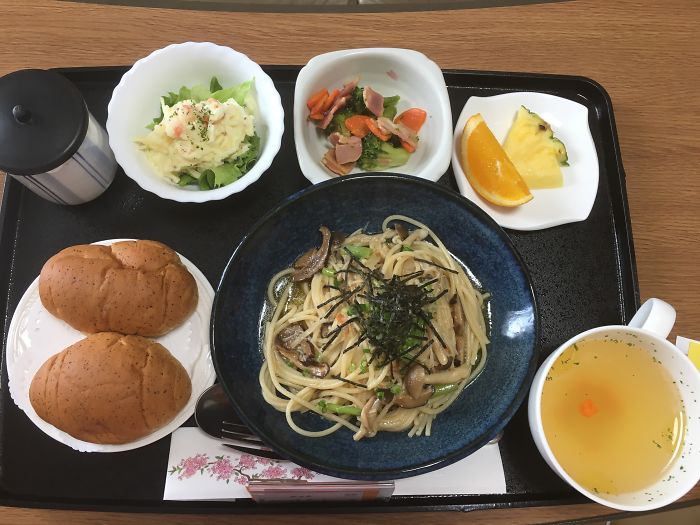 Social media comers who saw her post now swear to fly to Japan to try the seemingly delicious treats for themselves. People from Serbia, U.S. and Canada, though, were in uproar as they recalled their ‘crappy’ meals. They then shared snaps of their own horrifying meals they were served with while they were in hospitals in their home countries, and their food will never level to the mother’s luxurious treatment. They posted photos of the usual steamed fish or meat and the hospital favorite – the gelo! 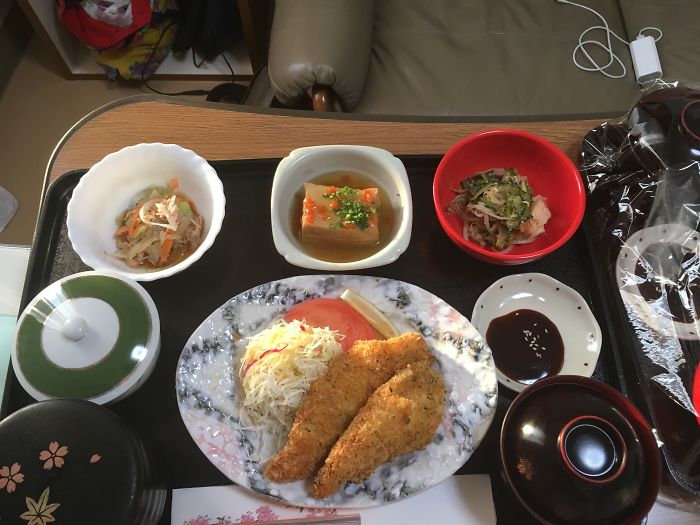 Some users commented on her posts writing how jealous they were of the new mother. Some of them wrote:

“‘I wanna give birth in Japan. And I am a 60 year old man….’
‘Someone knock me up with a return ticket to Osaka.’
‘Time to get pregnant and wander around Japan I guess.’
‘The food looks wonderful–but the PLATE WEAR OMG it’s porcelain! You get crappy plastic Tupperware in the US at best.’
‘Wow. That’s some meal plan you have …!! Did you give birth to the next Emperor??’”

See what this new mother got for her fourth to twelfth meal at the Japanese hospital and get ready to wipe the drool away. 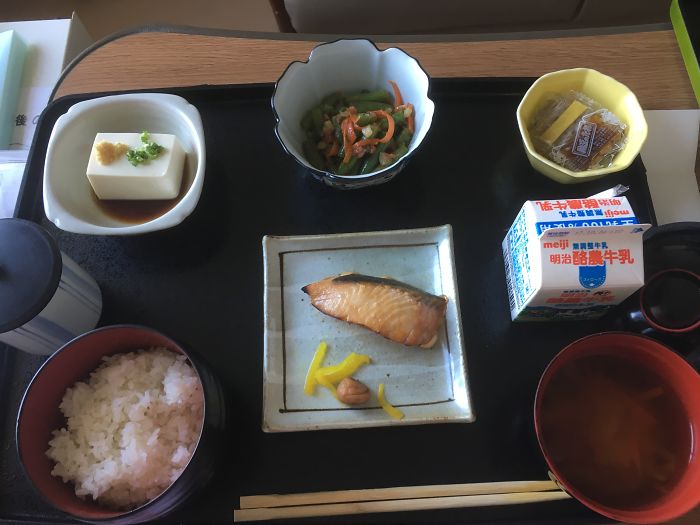 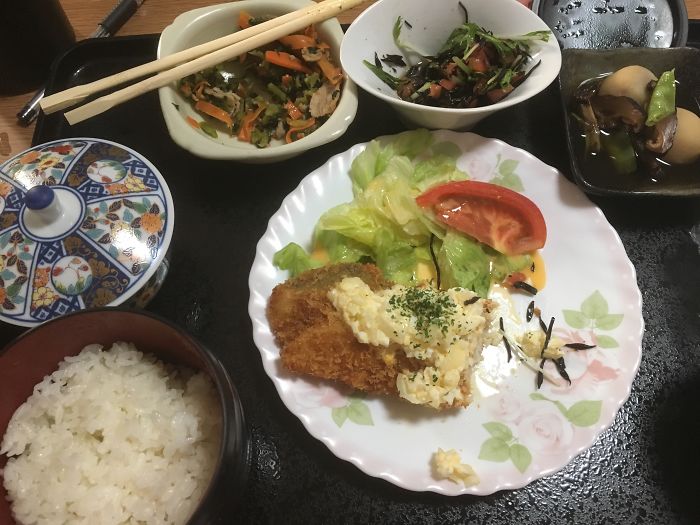 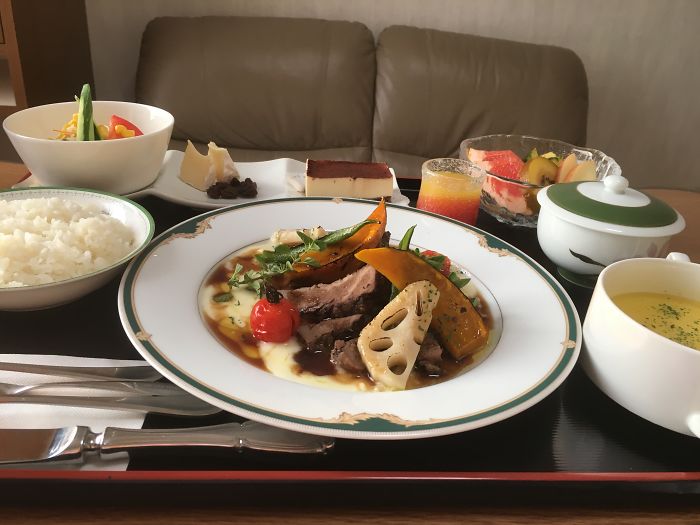 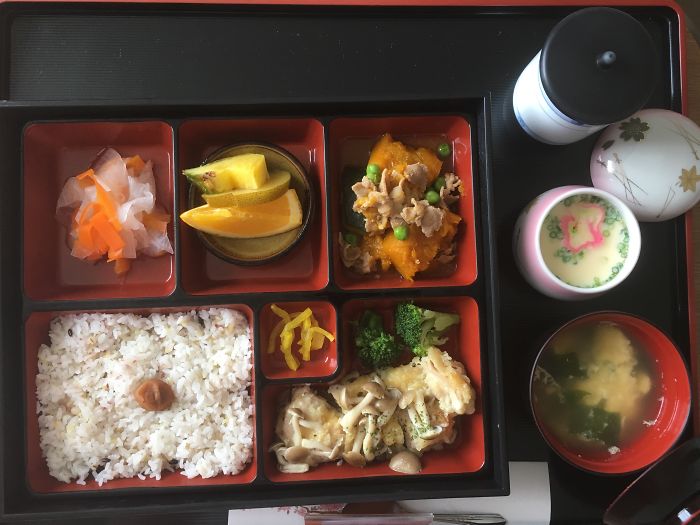 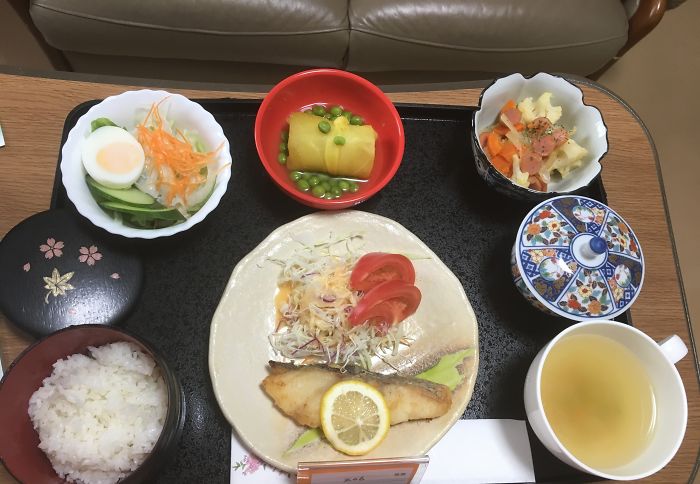 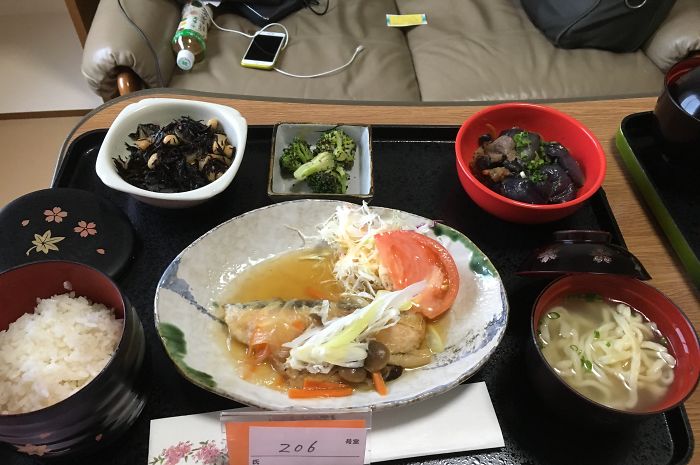 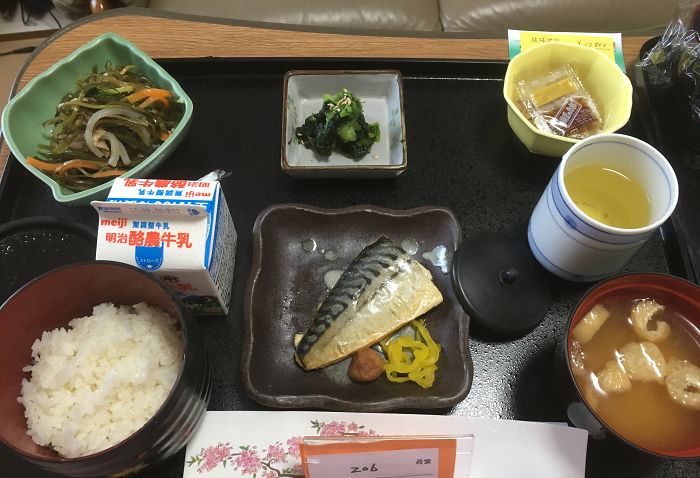 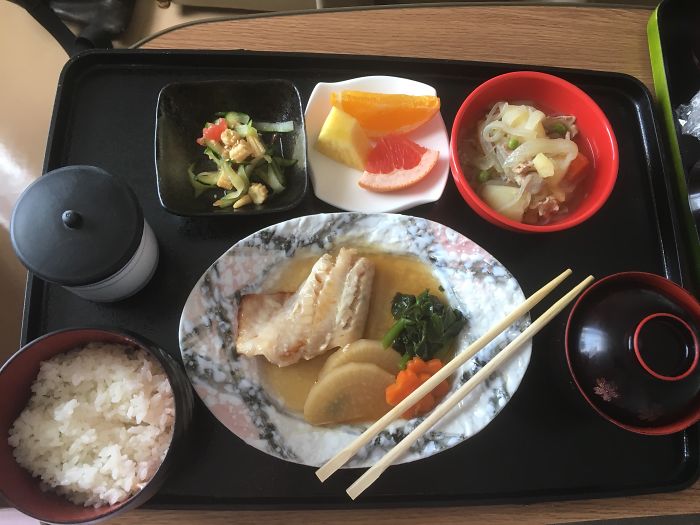 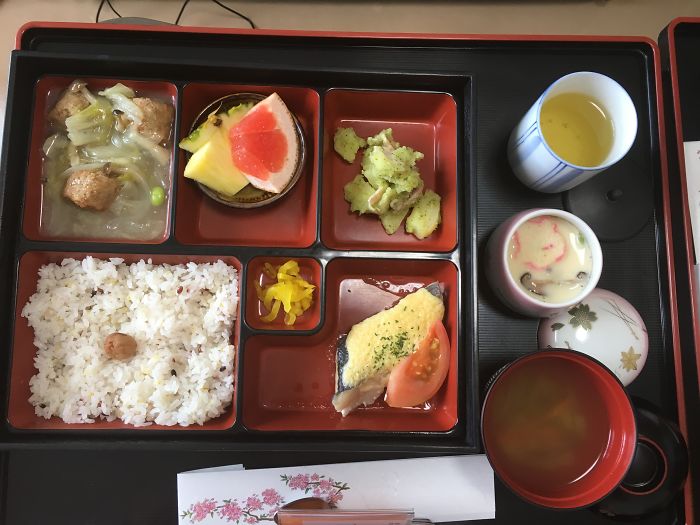 The mother’s meals surely had the world drooling over food and here are some of the Imgur users’ reaction on her post: