Springhornhof, a museum located in Neuenkirchen, Germany, has a unique attraction on its grounds.

If you ever visit the place, you will likely notice an ordinary-looking boulder that’s actually, well, a little extra-ordinary. Although the massive stone does not have any signs or plaques to grab the attention of museum-goers, keen-eyed visitors will notice that the rock’s end is covered in black soot because of burning.

The real reason behind this is that the boulder is called a “Keepalive,” a special project by Aram Bartholl. Weighing 1.5 tons, the Keepalive boulder actually hides a Wi-Fi router inside it. The device is powered by a thermoelectric generator which then converts heat into electricity. 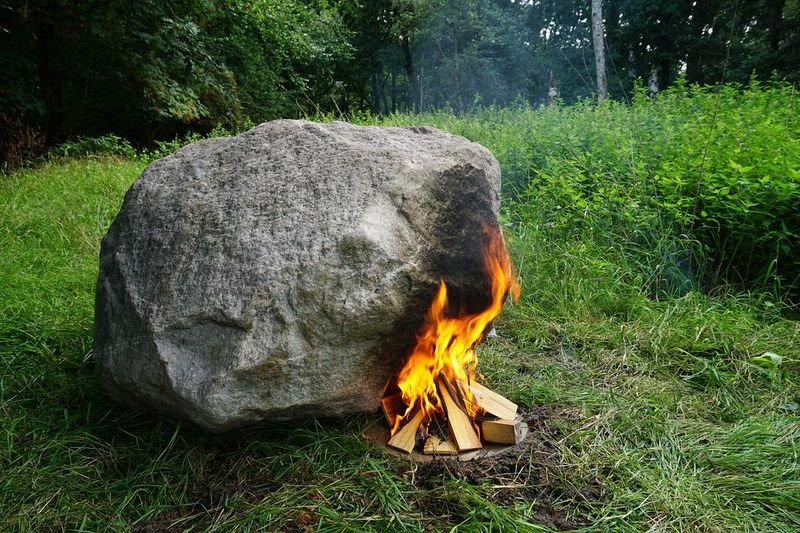 Once the router is turned on by fire, visitors will be able to access the Wi-Fi via their smartphones. For example, they can browse or download a collection of survival guides in PDF form, some of which are pretty useful while some are kinda silly, to say the least. 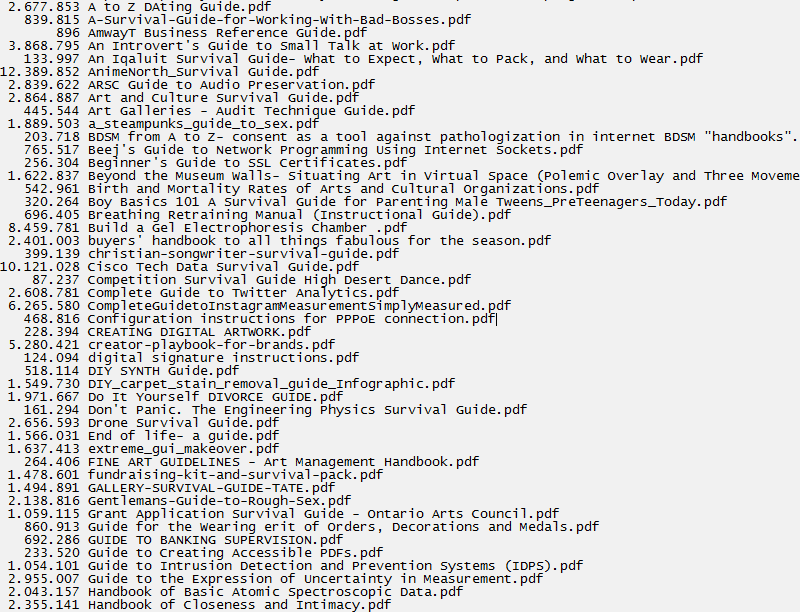 Among the topics included in the PDF include A to Z Dating Guide, A Survival Guide for Working With Bad Bosses, Complete Guide to Twitter Analytics, DIY Carpet Stain Removal Guide, and more.

Designed by Aram Bartholl, the boulder is powered by a thermoelectric generator. 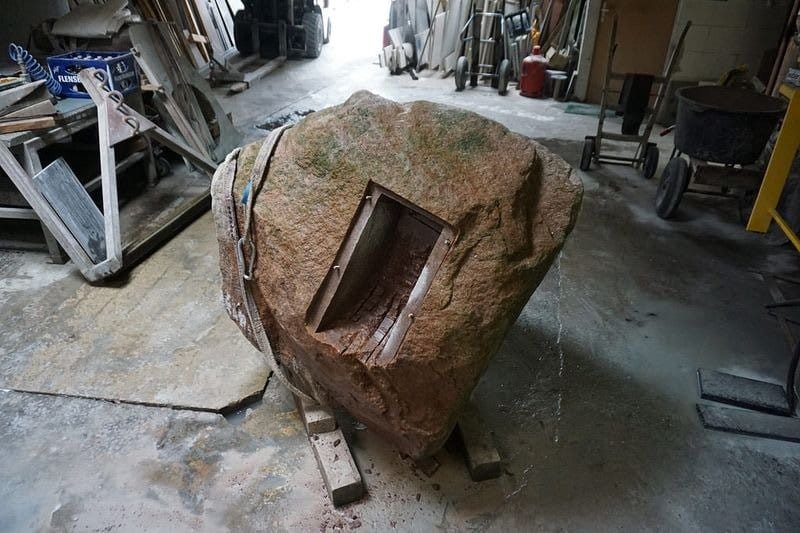 Keepalive is created by the same guy who did New York’s popular “dead drops.” 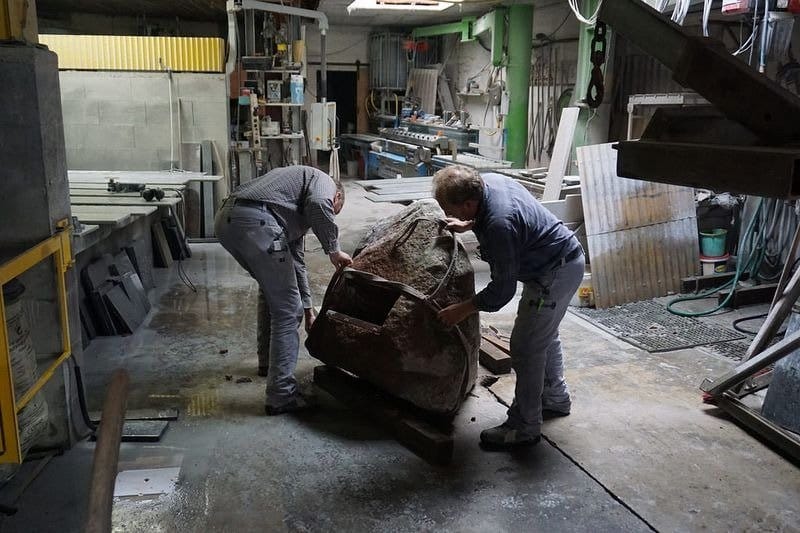 Back in 2010, Berlin-based media artist Aram Bartholl created a public data-sharing access point called “dead drops” which consisted of USB drives embedded in the side of several New York buildings.

Visitors who are interested to use the tech need to seek permission from the land owner. 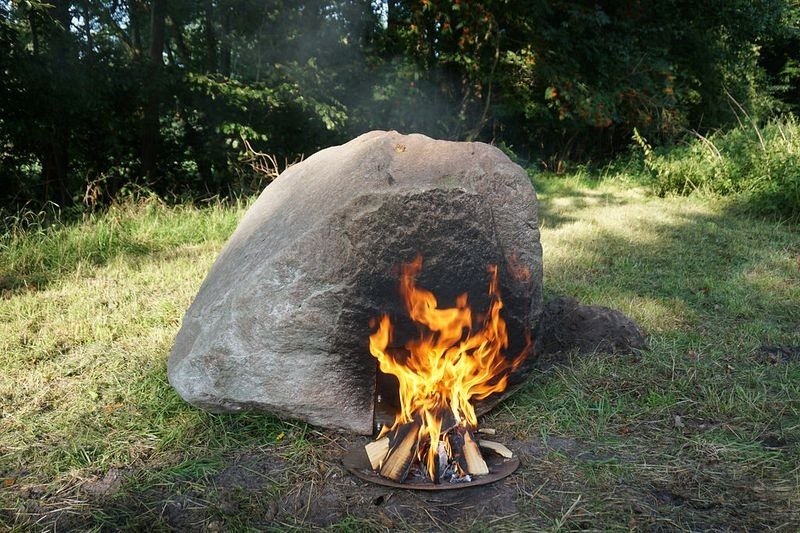 For Keepalive, Aram took a different approach. This time he aimed to put technology in a remote area. Of course, visitors need to set appointments with the landowner before they are able to access the device. Besides, they want to avoid the possibility of having random starting fire on the ground.

Needless to say, yhe Keepalive boulder is one of a kind tech you wouldn’t find elsewhere. 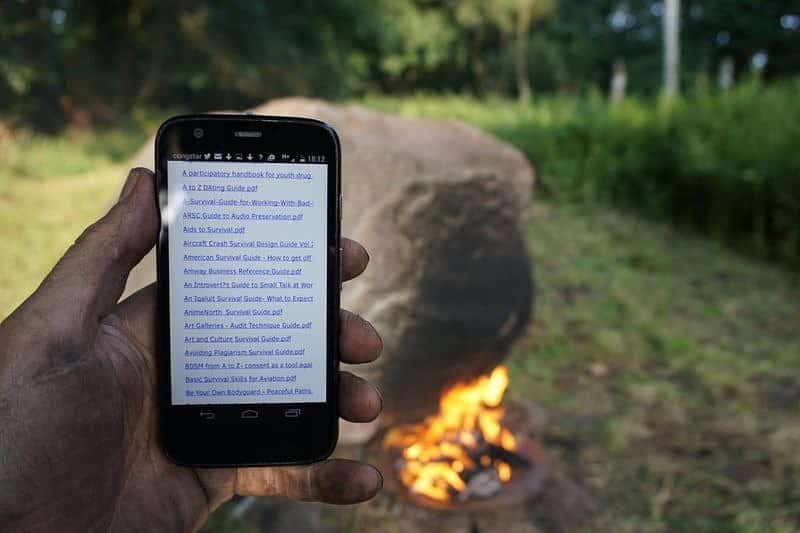 In an interview, Bartholl explained:

“It’s not about easy access. It has a whole dystopian idea to it, like, will we need something like this in the future? Or somebody finding this in a hundred years — is it still working and they figure something out and they make a fire, or is there going to be a moment where we’re going to need to make fire again to get access to the data?”