If you think it is impossible to get hit by a lightning bolt while driving on the street, you are absolutely wrong. This viral video below shows us otherwise.

The shocking footage below, taken in Morocco, captures that precise moment when a lightning hit a moving vehicle and sends it flying at double speed along the road. Fortunately, the driver managed to keep the car under control. The driver successfully stopped the car and then the terrified passengers quickly escaped the smoking vehicle.

The video immediately went viral as it made rounds on social media. 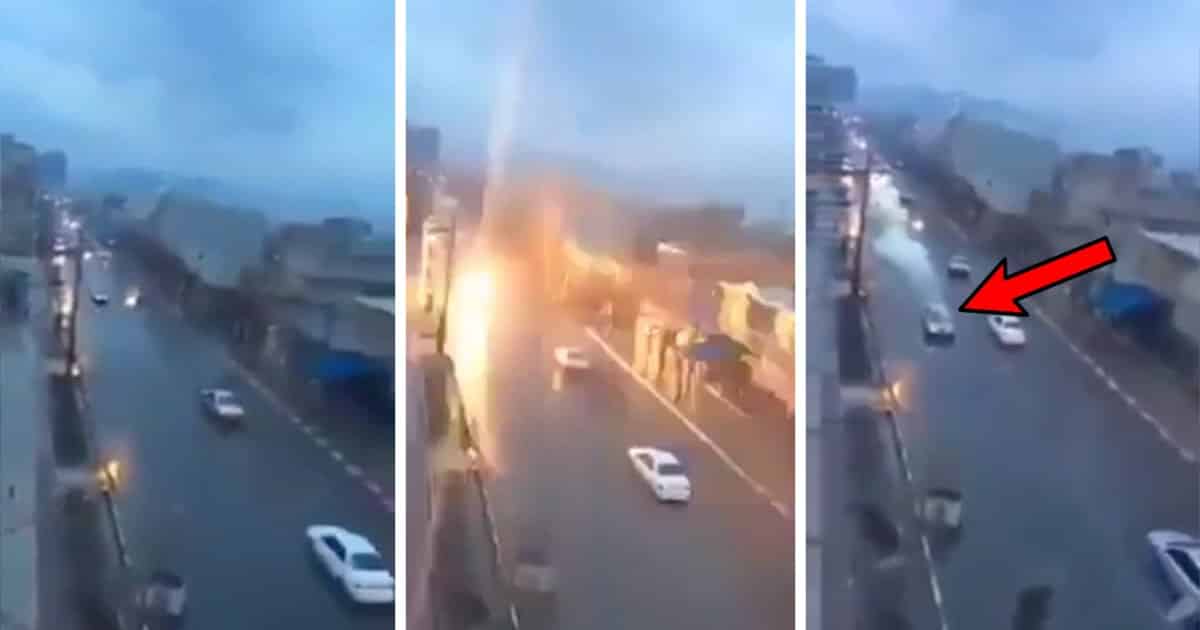 News websites picked up on the story and reported about it. At this point, however, it is only known that the footage was taken in Morocco. The exact location and date of the incident remains unknown, along with the names of the driver and passengers.

Crowds of people from the nearby shops eventually gathered around the vehicle to check out what happened.

According to a report by the UPI website, the footage “caught on camera by a person filming the road.”

To be honest, I simply couldn’t imagine how scary it would have felt to be inside that car. Just hearing the loud booming sound and then feeling the sudden shift of speed can be pretty terrifying. We can only hope no one was seriously injured because of this particular incident.

So folks, just a piece of advice – be extra cautious out there when driving down the road during a rain storm. You wouldn’t want something like this to happen to you and your loved ones. This video really tells us that, no, we’re not yet completely safe from lightning when we’re inside our vehicles.