Fear is the mind’s natural reaction to potential threats. People fear heights because falling could kill them. They fear lightning because it’s not exactly pleasant to get struck. They fear wild animals because being mauled by a bear or attacked by a shark would most likely leave them dead (unless they’re Leonardo DiCaprio in The Revenant).

One way to conquer fear, according to many therapists, is to face it head-on. Which is exactly what this young 19 year-old girl from the Philippines did.

Sunshine has always been afraid of snakes. 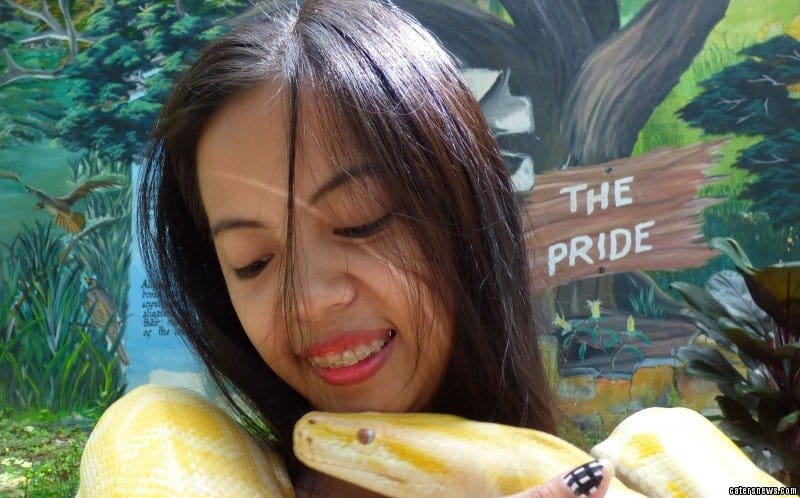 Sunshine is deathly terrified of snakes. And yet in her mission to overcome that fear, she agreed to something not a lot of people (not even those who aren’t afraid of snakes) would do. She agreed to have a snake massage.

Photographer Ian MacLean initially brought up the idea when he mentioned that the Cebu City Zoo in the Philippines offers a snake massage service.

After a long discussion with the zoo manager, Giovanni Romarate, Sunshine finally agreed to the massage to overcome her fear. 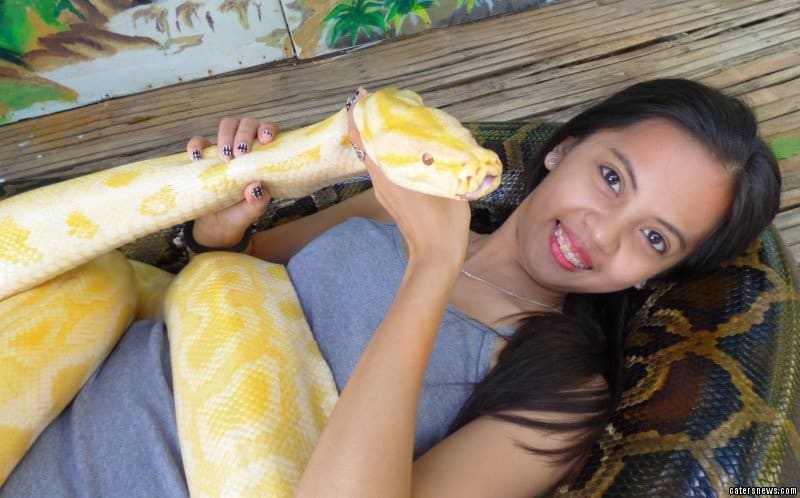 Before the massage, Sunshine was assured that the snake masseuses, four Burmese pythons as big as 18 feet in length, had already been fed a meal of 10 chickens each, so they won’t get any ideas of feasting on her.

As the massage started, Sunshine was trembling. But after a while, she started to feel less threatened, to the point where she was able to pet them and appreciate their beauty.

At the end of the 15-minute massage, she admitted that she actually enjoyed the experience and was no longer afraid of snakes. 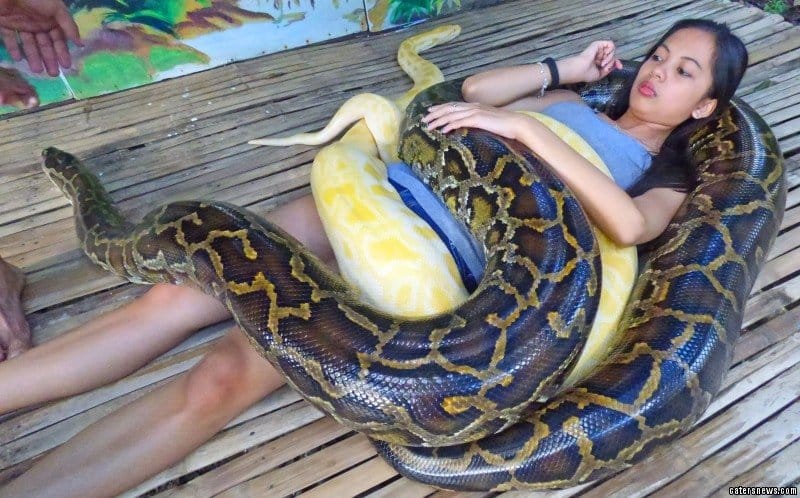 Sunshine’s plight to conquer her fear was a success! She even wants to share the experience with her friends.

How about you? Would you consider being massaged by 4 huge Burmese pythons? Share your thoughts with us below!