Champion rock climber, Sierra Blair-Coyle from Scottsdale, Arizona strapped two of these commercial house cleaners on her back and scaled a 460-foot tall, 33-storey skyscraper in the Songdo International Business District in Seoul, South Korea recently.

Blair-Coyle on her days off… 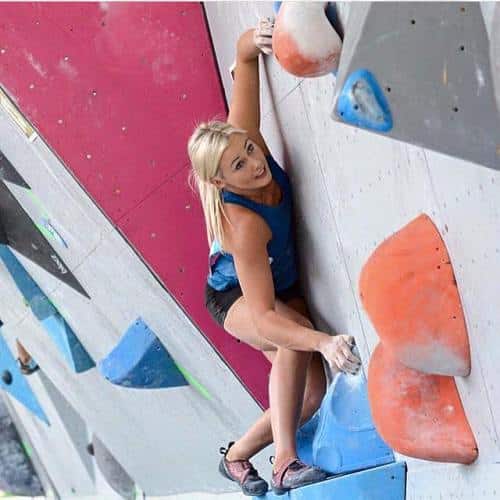 Closely resembling one of the stunts Tom Cruise’s Ethan Hunt character has done for “Mission Impossible 4: Ghost Protocol” where he suctioned his way up and across Dubai’s 2,722-foot Burj Khalifa, Blair-Coyle, who climbs sheer rock faces bare-handed for fun, undertook the authority-sanctioned climb as a publicity performance for LG’s new line of vacuum cleaners… 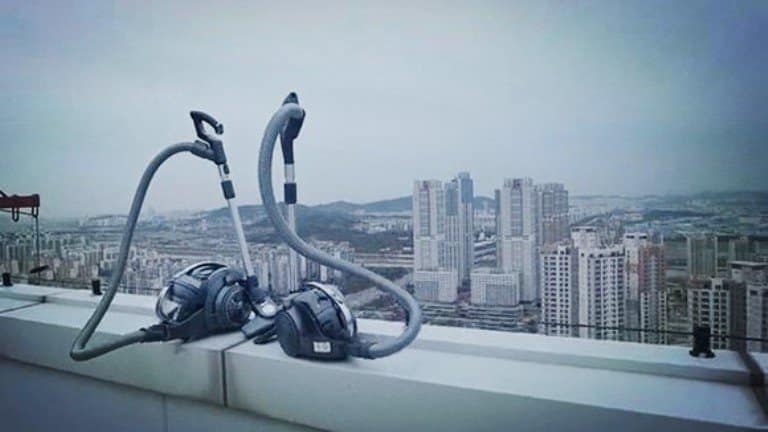 With two of the units on her back, plus her own weight, she shimmied up the mirrored face of the skyscraper carrying a total of 70 kilograms (154 lbs.) in a record time of half an hour. 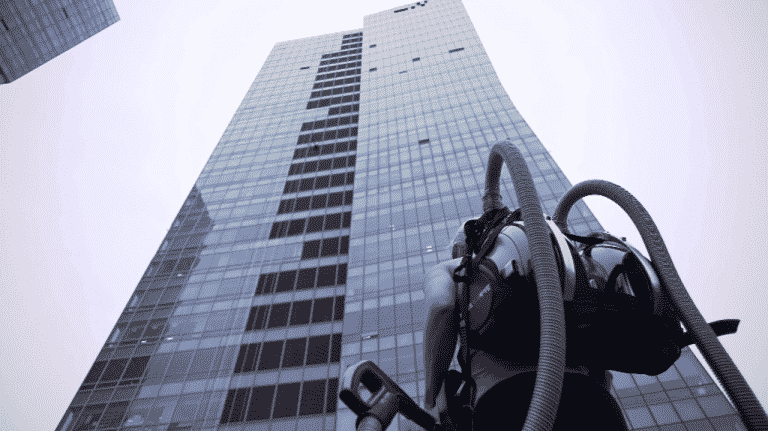 And the only things keeping her from falling to certain death were the vacuum cleaners’ two powerful suctions that helped her make her dizzying way up the skyscraper. And some safety ropes, of course. 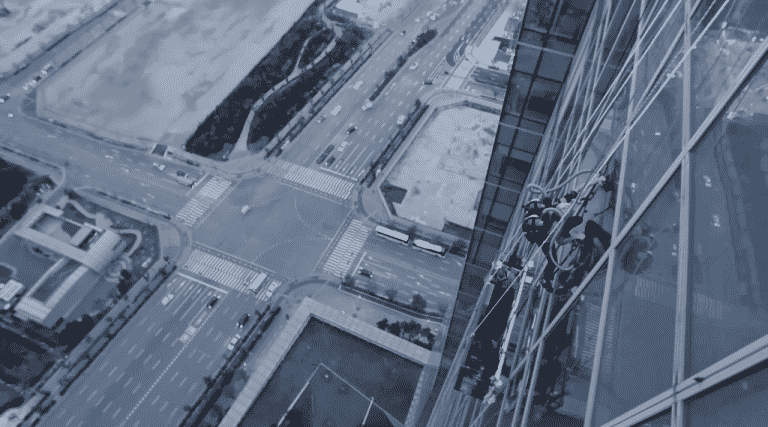 South Korean LG must be pretty confident about the power of their new commercial vacuum cleaner line to have gotten a famous professional rock climber to test them out on the slippery bare face of a very tall building. 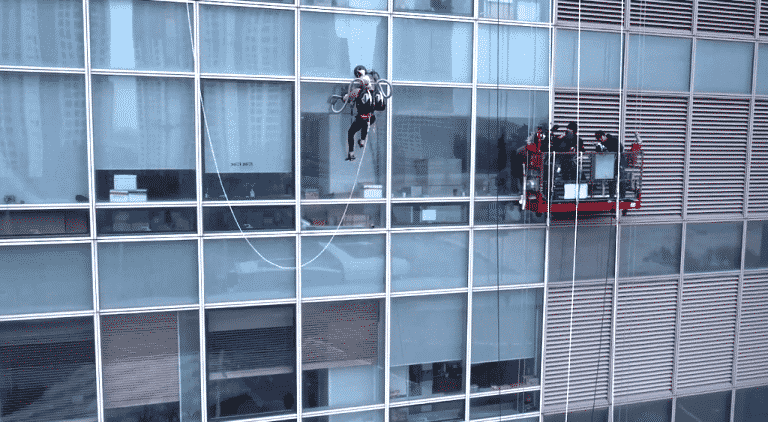 Its either that or Sierra Blair-Coyle got paid an enormous talent fee, with a generous life insurance clause on her contract to undertake the dangerous stunt. Because there sure aren’t any safety nets down below.

In any case, the climb has garnered a viral amount of publicity, and both LG and Blair-Coyle are likely to see a huge surge of customers and sponsors in the very near future.