The mailman has his share of funny obstacles when it comes to doing his job. Usually, it’s the family dog chasing him all over the lawn or the cat hiding inside the mailbox, waiting to scare him when he opens the lid. For this mailman in Cape Cod, Massachusetts, it’s not the dog or cat that creates trouble for him. Believe it or not, it’s a gang of turkeys!

He fends them off with a stick… 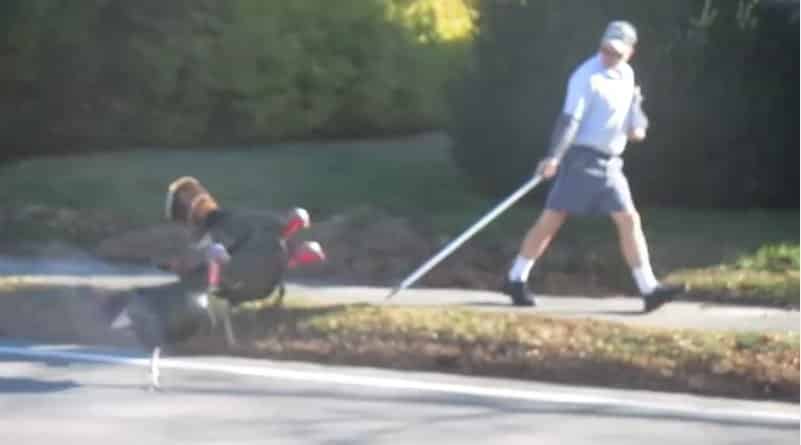 They chase him all the way to his truck! 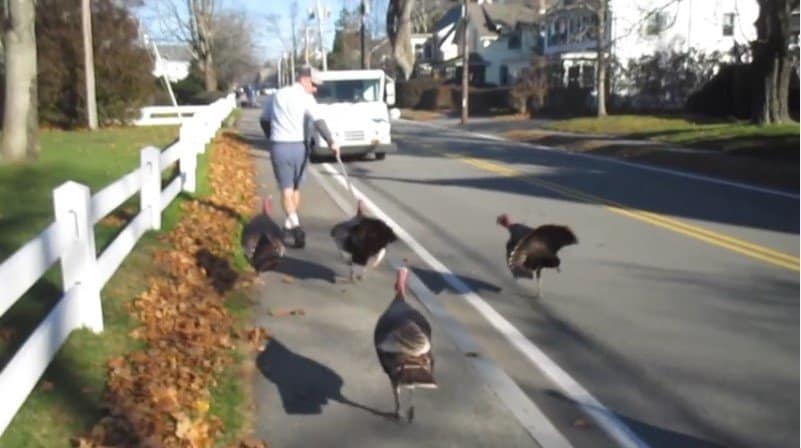 So there he was, just doing his job as always, when the feisty birds ran after him and threatened to peck his butt or something. See, the turkeys follow him all the way to his truck and he has resorted to using a stick to fend them off and protect his backside from their pointy beaks. The poor mailman claims that the “harassment” happens everyday and he can only sigh and return to his truck as quick as he can.

Watch the funny video of the mailman walking away to escape the gang:

What’s a bunch of turkeys doing in the streets of Cape Cod, you may ask. Well, the Bangor Daily News says that the state has strict hunting regulations, which may contribute to the increasing number of turkeys roaming around the streets.