Graduation is one special occasion. As much as possible, we want loved ones, especially our parents, to be there on that particular day. Sadly for Chris, a graduate at the University of West England, his folks did not make it.

Actually, it was Chris’s fault. He made a terrible mistake of telling his parents that the graduation ceremony would be in October or November when in fact, it’ll be in July. Because of the misinformation, Chris’s parents booked a holiday on the same date as his graduation.

Upon knowing that the parents would be missing in action, Chris’s friends planned something unforgettable – a graduation photo. 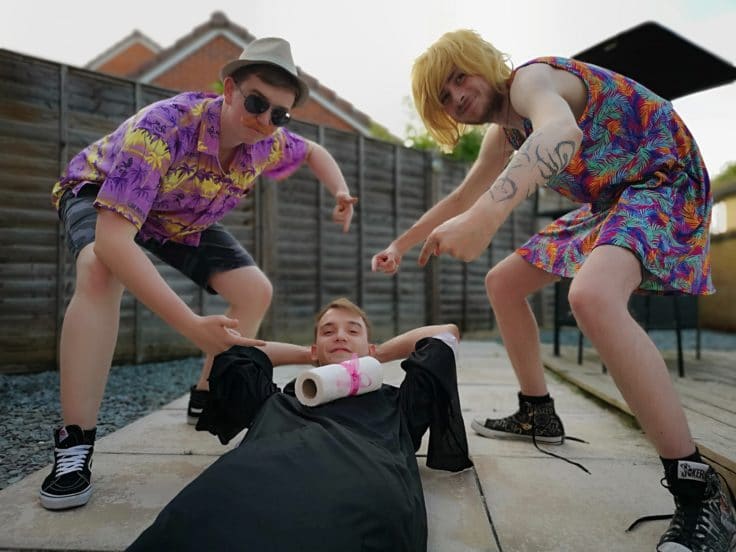 “Unfortunately, they were away on holiday during the actual date of his graduation. He didn’t want to go on his own, so he didn’t go, which he was okay with. When he told us he wasn’t going, that’s when the joke was made to do the fake graduation picture.”

Hilarious and adorable at the same time! 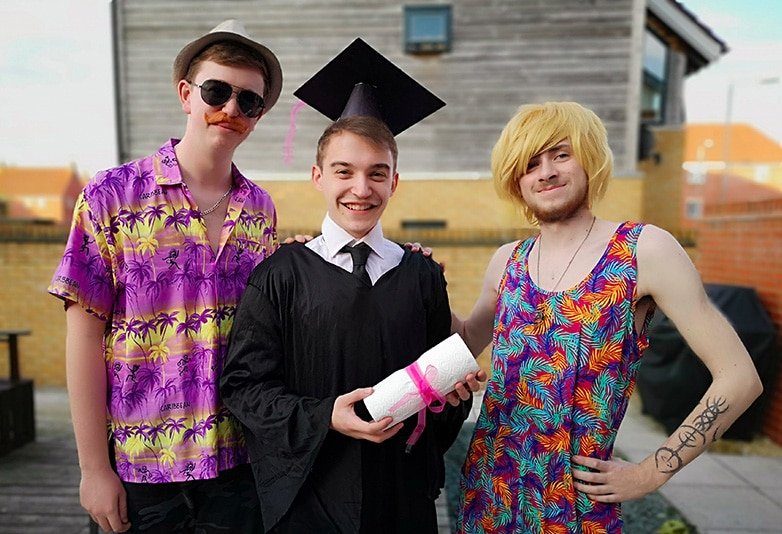 Since they were on a tight budget, they just hired a friend to take their photos and luckily, the images came out great.

“So we got most of the stuff we needed for the photo from Asda and used what we could of things that we already owned.

The dress was from Asda along with party hats, ribbon, and cake board.

The hat was made from cutting the top of a party hat off and taping the cake board to it, these had to be colored in black with a sharpie as we couldn’t find/get any spray paint. 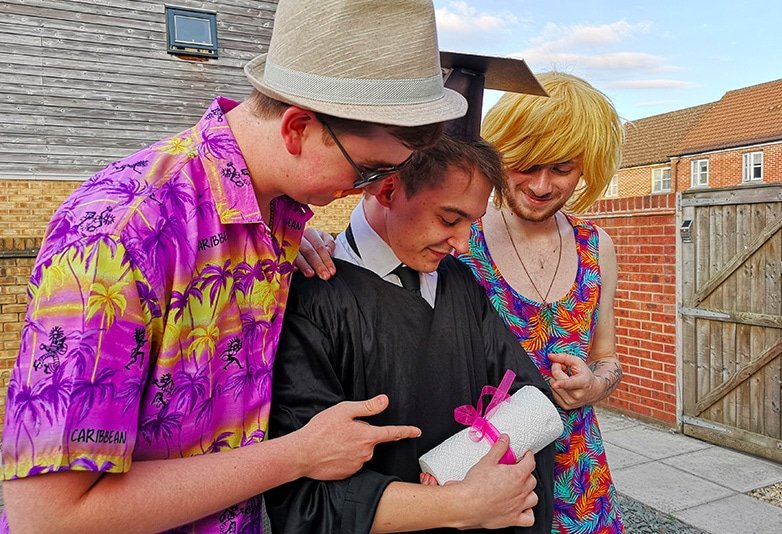 Chris’ buddies even asked his parents what they thought of the pictures, and they definitely loved the result of their idea.