At the start of the annual winter fishing festival in China’s Jilin Province, a fish was auctioned off for 780,000 yuan or $120,276. The fish was deemed as special and symbolic, as it was the first once caught for this year’s festival.

The winter fishing festival is traditionally held at Chagan Lake, which is the largest inland lake in the province. The festival starts in late December and lasts until about the second week of March. According to ForeignerCN.com, the name “Chagan” is Mongolian for “sacred.” The locals actually refer to it as “Holy Water Lake.” 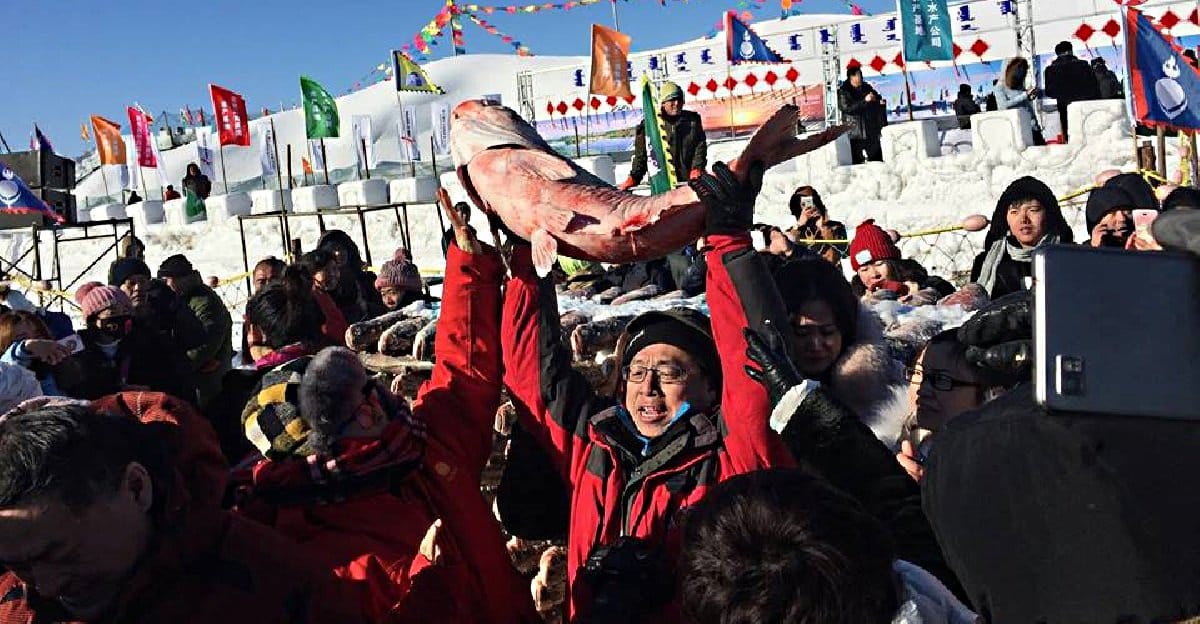 Chagan Lake is vast, as it is 37 kilometers long from the north to the south and 17 kilometers side from the east to the west. It boasts of 70 kinds of fish, which include chub and carp.

The winter fishing tradition at Chagan Lake uses an ancient Mongolian fishing method. Fishermen first drill through the thick ice and then place a net under the frozen surface. The fishing technique is actually listed as a National Intangible Cultural Heritage of the People’s Republic of China.

According to Ann Geyser of newsnet5.com, “In ancient times, the first fish were used by Chinese emperors to entertain guests that came from afar. Even today, when the festival opens, local fishermen hold a ritual to offer the first fish caught as a sacrifice to the lake god before they continue the winter fishing.”

Tons of fish are caught at Chagan Lake. 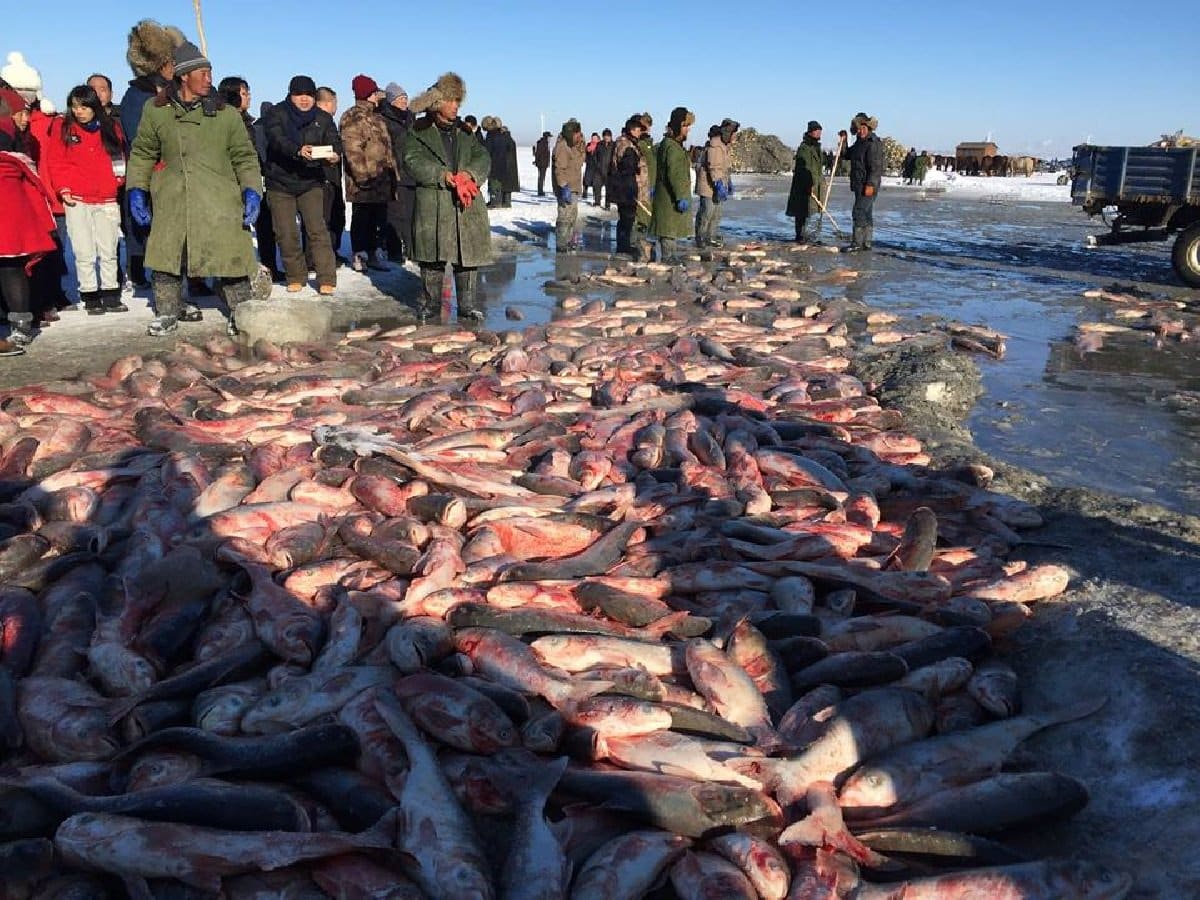 Tons of fish are caught throughout the festival and there’s some sort of contest on who catches the heaviest fish, which is also auctioned off.

As it turns out, the money earned from the fish auctions is used to ensure that Chagan Lake and its surrounding areas stay the same and remain rich in resources. People have also built a fish farm near the area so the lake can be “restocked.”