Most people hate rules. It is somehow restrictive which is understandable because they exist to keep things in control and make us safe.

However, the following set of laws from different countries got us scratching our heads. In a conventional society, some of these rules could actually get you arrested!

Take for example, stealing an artwork. In the Netherlands, if you stole an artwork, you can legally sell it as your own, but there’s a catch! You need to wait for twenty years after your art heist. Meanwhile in Hong Kong, you can get away with murdering your cheating husband- with your bare hands! We’re quite sure with the right knowledge of jujitsu and choke points, it is actually possible.

While you might get arrested in other countries if you flaunt your birthday suit in public, you won’t in Spain. In fact, it is considered as your human right. In South Africa, you can legally carry a flamethrower on the sides of your car which may blast five meters of fire on both sides of your vehicle. 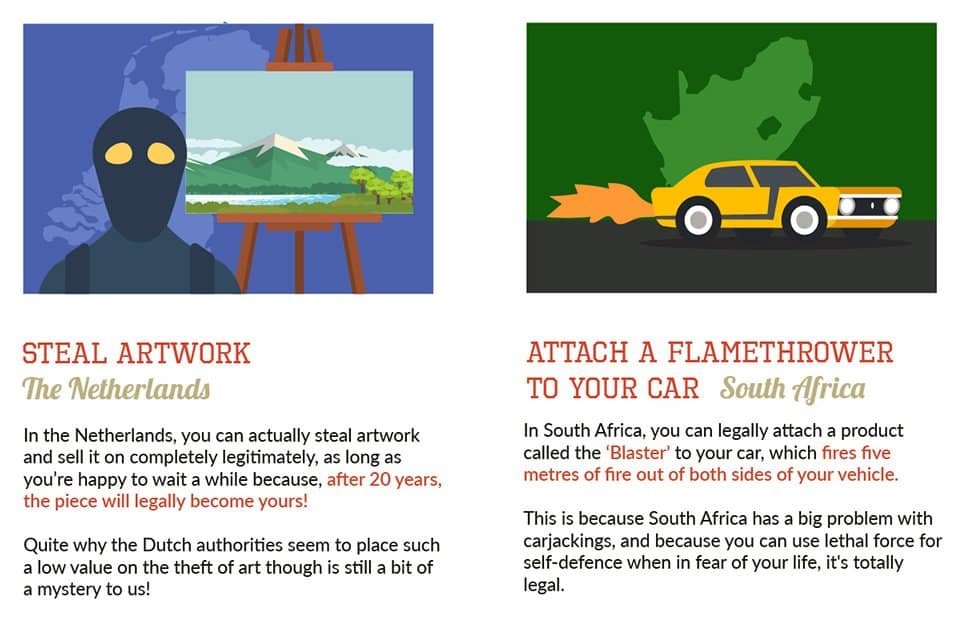 Some of the laws might sound a bit too silly and unbelievable, but believe us they do exist!

Do you want to claim to be from the lineage of dragons? Better register with the Russian consensus. You can even identify yourself with elves, hobbits, and Martians; it’s perfectly okay. Sick and tired of your own species? Then travel to India and get married to your dog. In fact, you can legally get married to any kind of animal. 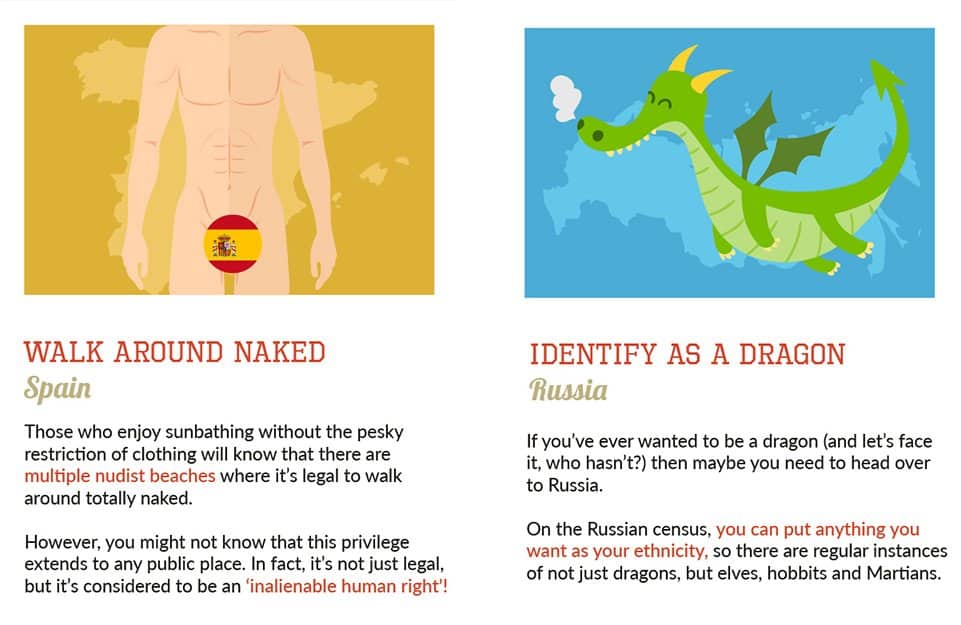 Parents have different ways of raising their children in many parts of the world, and we can’t argue with that. But somehow, there are some laws that may raise the eyebrows of other parents.

Leaving your kids alone at home without any guardians or adults with them would likely get you arrested in the US or UK. But in Russia, they have no problem with that. Due to overpopulation in China, parents would not get arrested for letting their kids pee in public. As they say, when you gotta go, you gotta go! 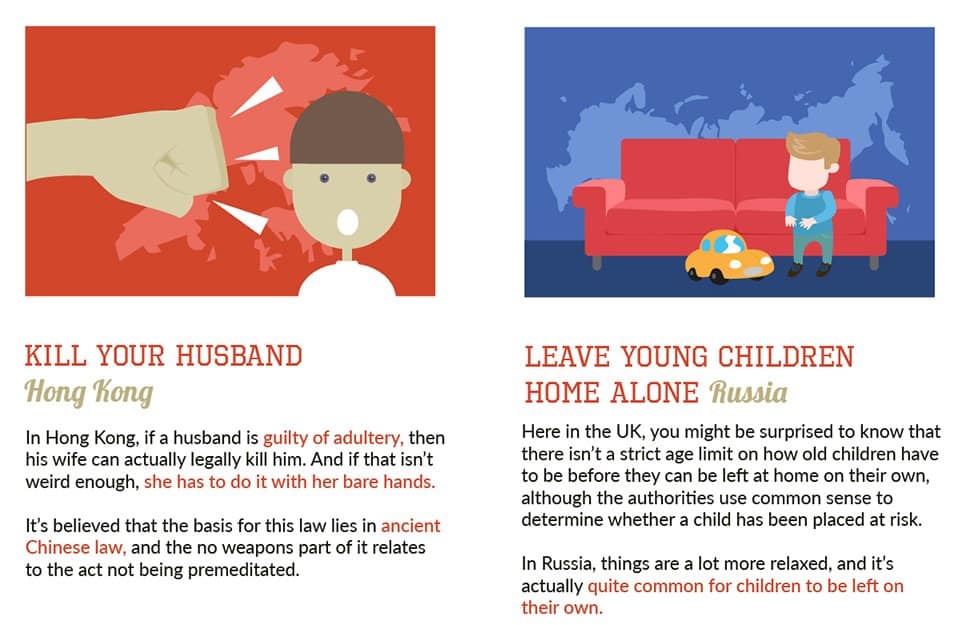 In the United States, it is no longer shocking to their citizens that owning a gun is legal. However, people from other countries with stricter gun law would likely be surprised to learn you could own a mini-gun for home protection. Likewise, you could use a tank for your everyday commute in England. You just need a proper driver’s license, disable the weapons, and have rubber tracks on the wheels as to not damage the road. 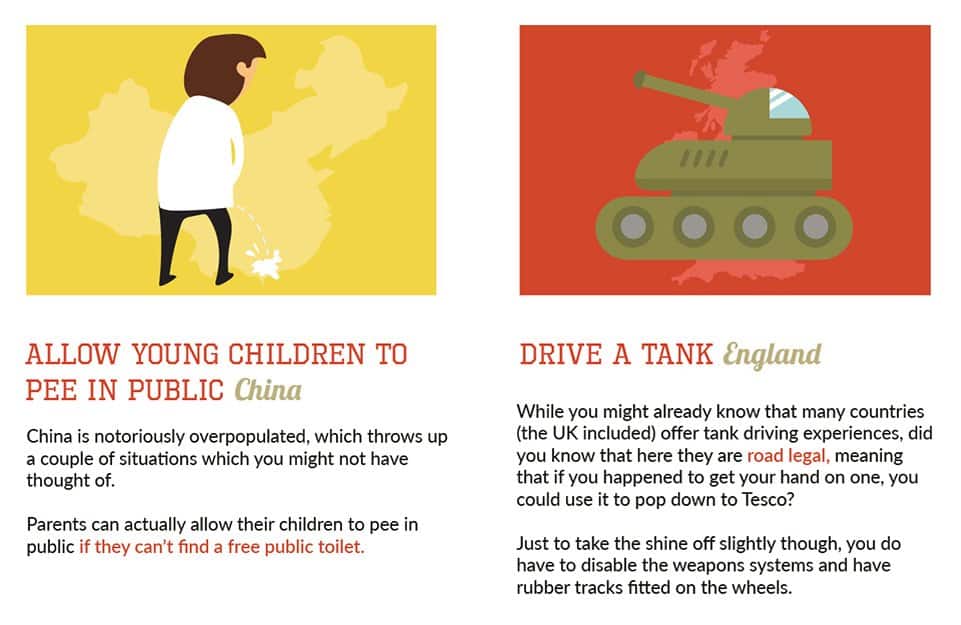 We’re pretty sure there are more crazy, hilarious, and unbelievable other things that you could do and get away with. You just need to find the right country!