Dogs are truly a man’s best friend. However, there are still some breeds that are a notch higher on the danger level on the basis of serious harm they can do to a person should the dog decide to attack. Do note however that most dog breeds do not attack humans unless provoked or unless improperly trained. 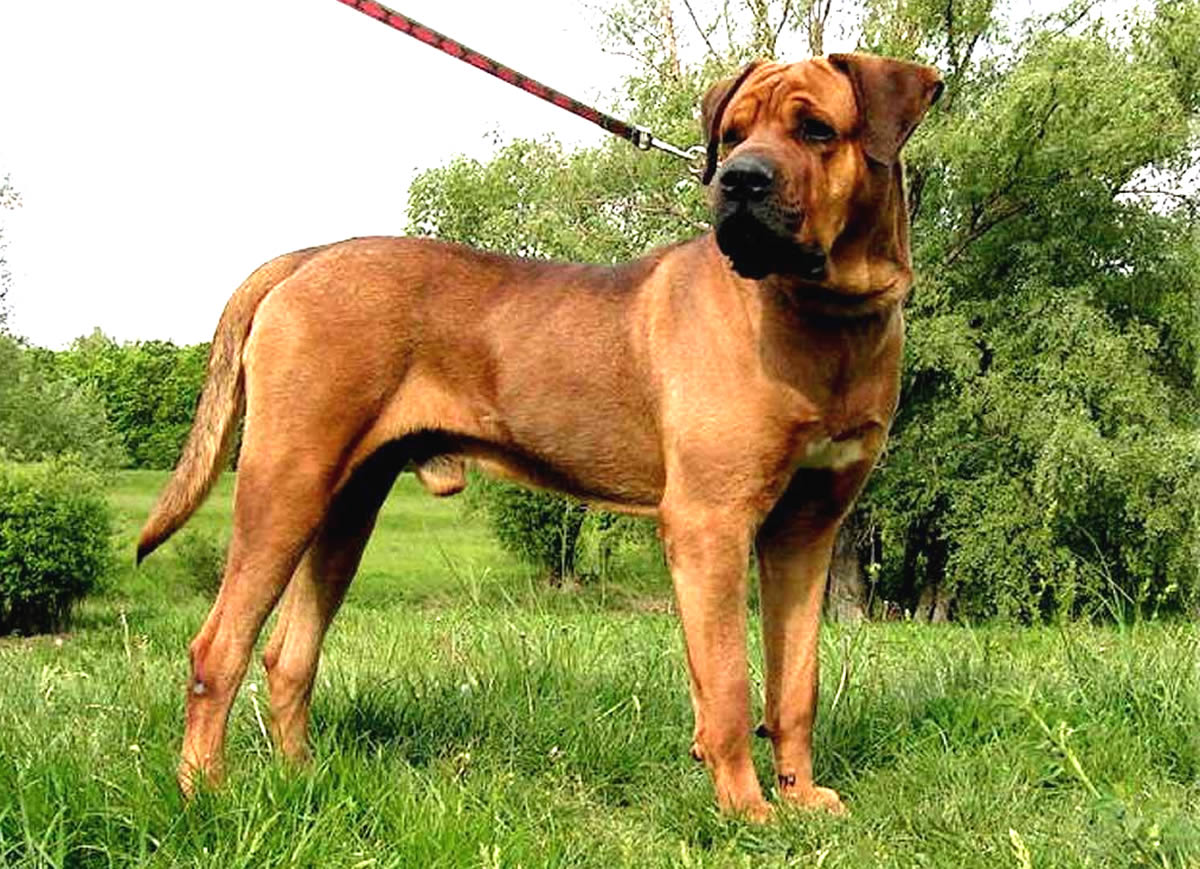 A massive dog that can weigh up to 200 lbs and can reach a height of about 32 inches. Bred to be a fighting dog, it is legally restricted and considered dangerous in most countries. 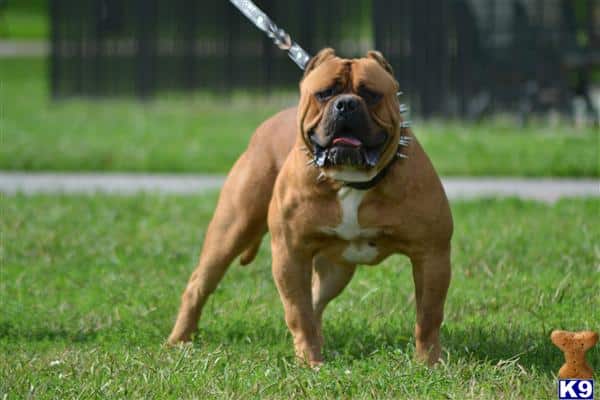 A cross breed between an American Pit Bull Terrier and a Neapolitan Mastiff, this is one strong dog. Some have used this breed for fighting. 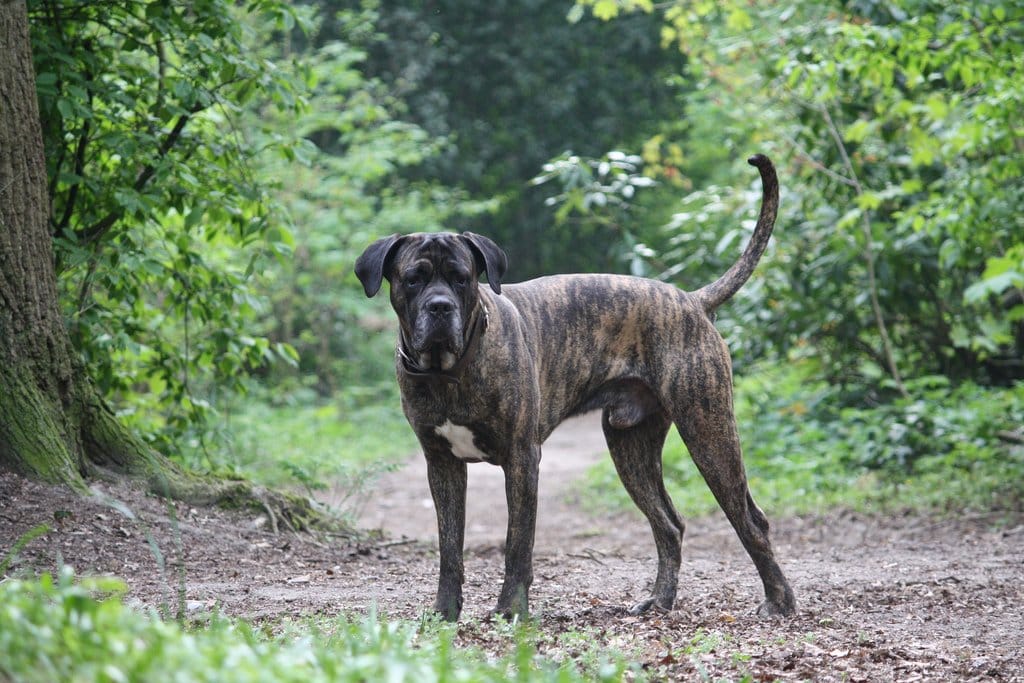 A well muscled dog that can weigh up to 150 lbs. Possibly one of the last few Mastiffs, this dog was used in Roman warfare. 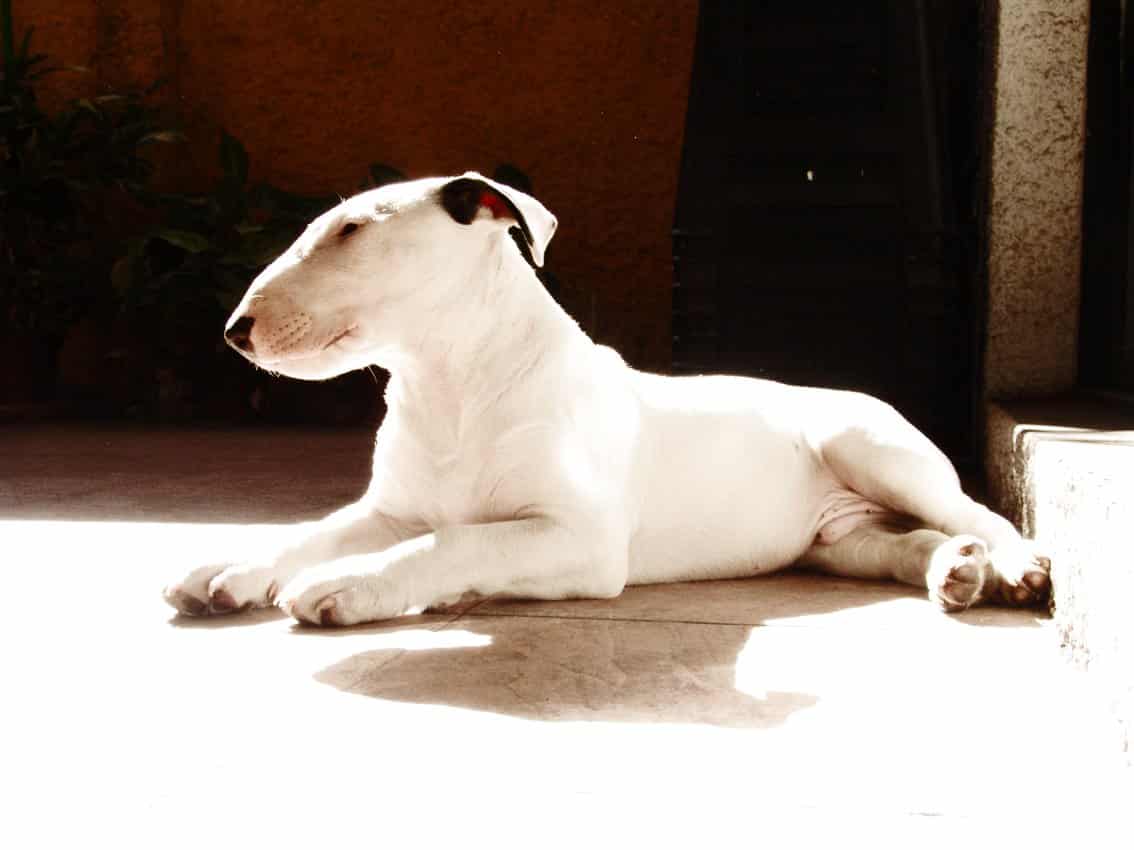 Exceptionally strong, this breed ranks #1 in the pound-for-pound lean muscle department. They have a strong “prey drive” that makes them dangerous towards smaller dog breeds. 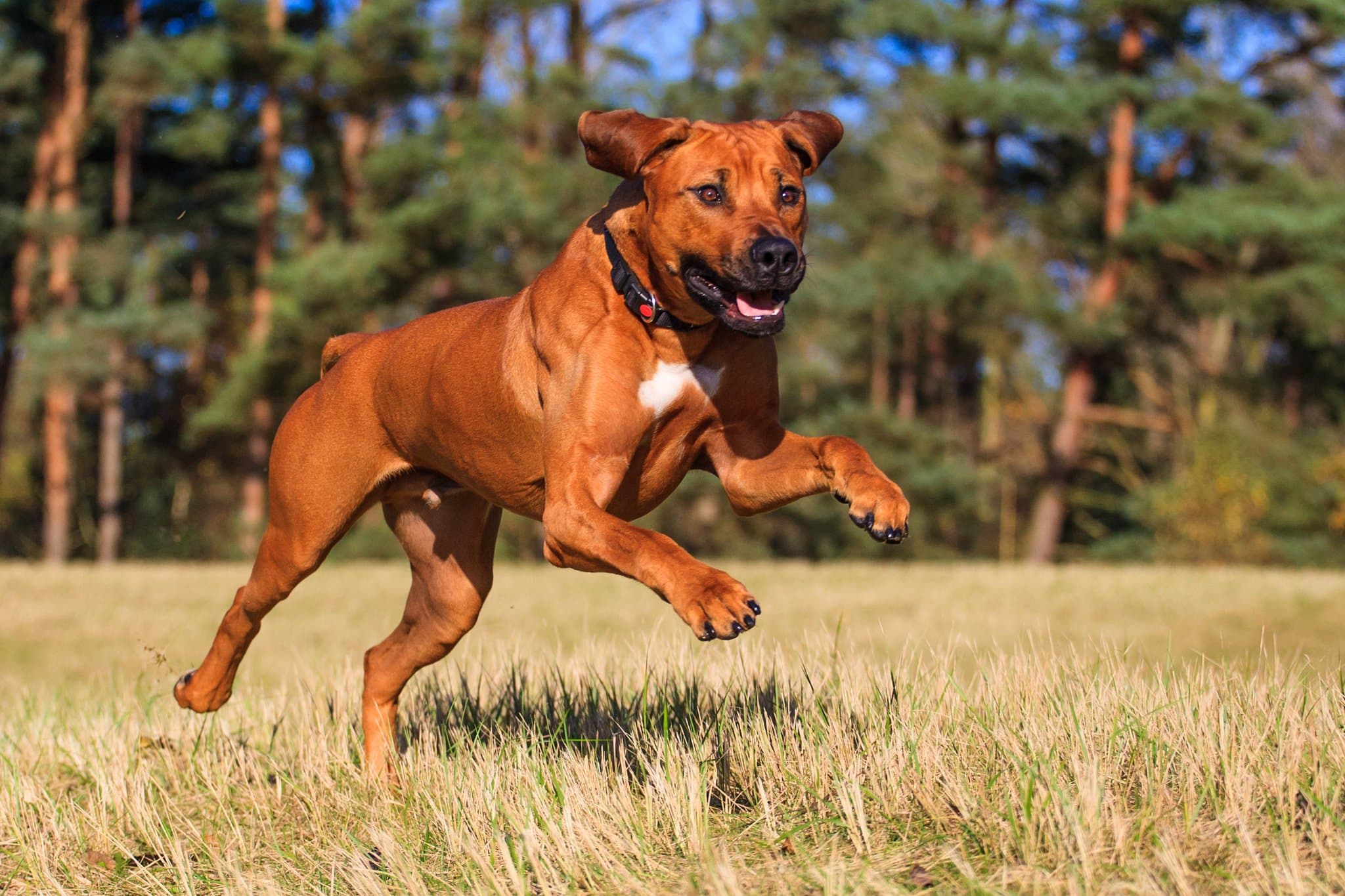 A semi-domesticated hunting dog that is known to be loyal and intelligent but aloof towards strangers. They require positive training and avoidance of rough treatment as this dog is overly sensitive and might develop an aggressive behavior. 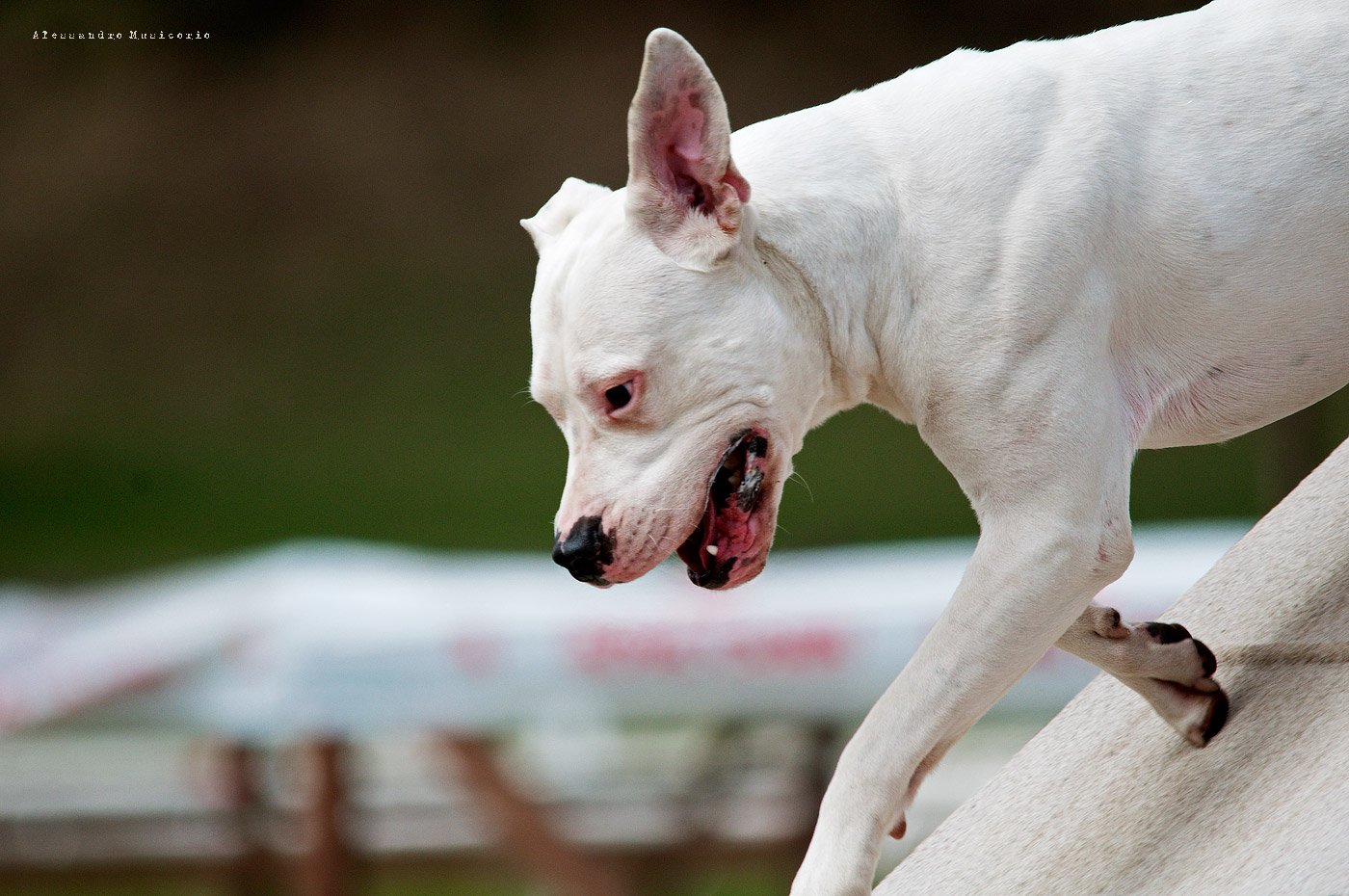 A large, white and muscular dog bred in Argentina for big-game hunting. Extremely strong, it is non-aggressive towards humans but it is illegal to own this breed in the United Kingdom under the Dangerous Dogs Act of 1991. 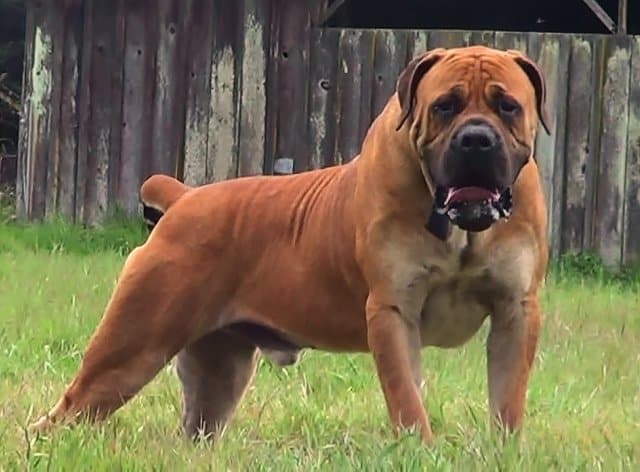 Boer Boels are loyal, protective mastiffs that originated from South Africa. Their purpose is to guard the homes and farms and were often used as first line of defense. 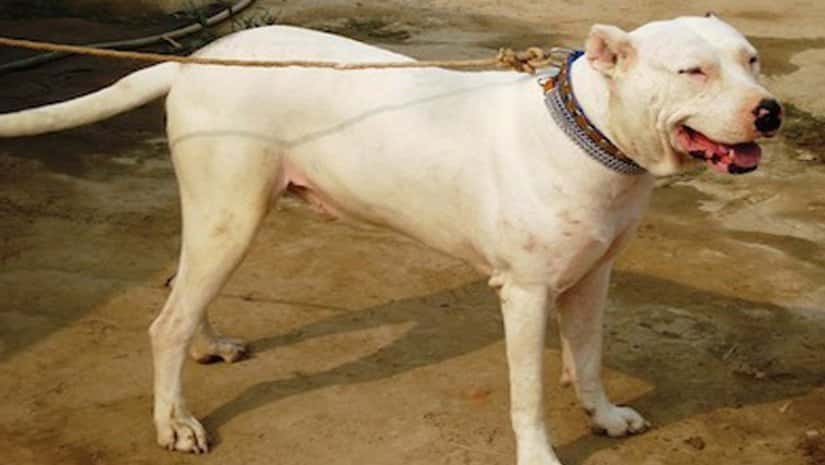 Extremely strong and difficult to control, the Gull Dong is a cross breed of between a Gull Tarrier and a Bully Kutta. It was specifically bred for fighting and is very aggressive. 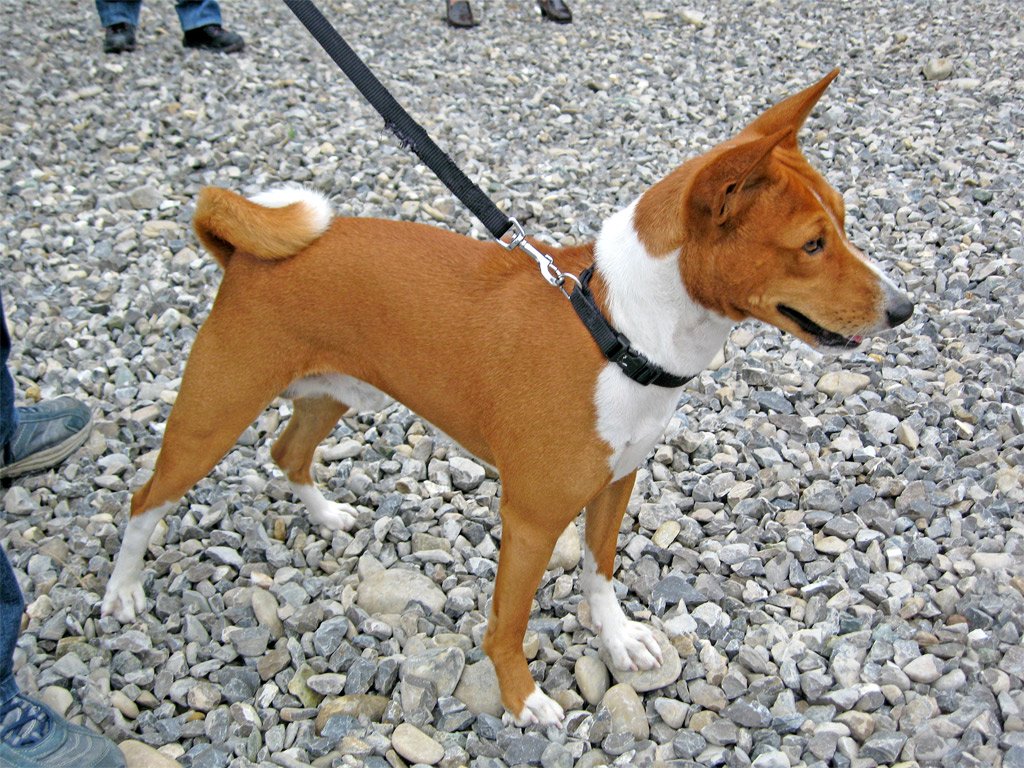 A hunting dog that originated from Central Africa, this breed exhibits curiosity, alertness, and affection but are aloof around strangers. They are the 2nd least trainable of all dog breeds. 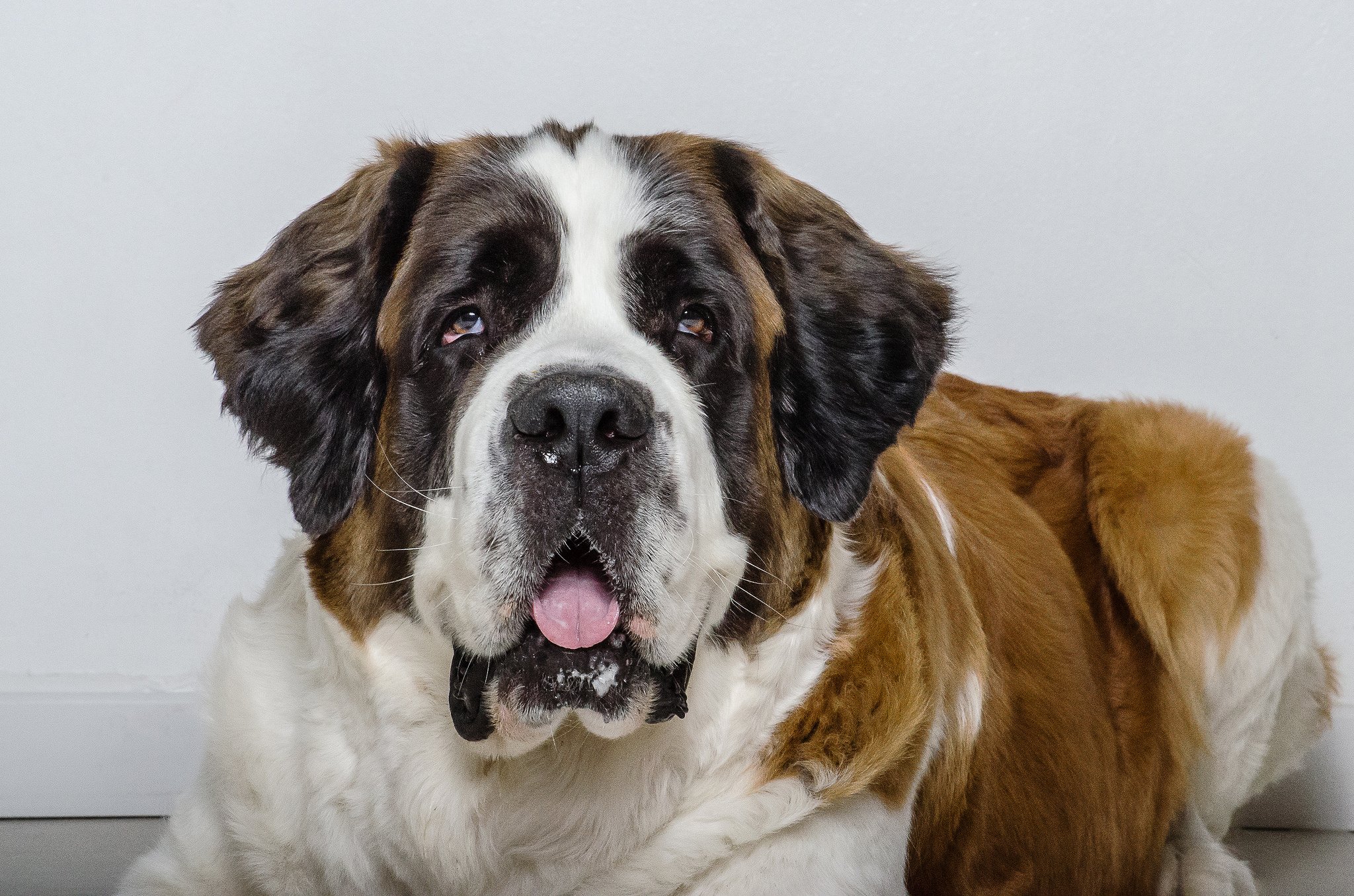 Originally bred to be a rescue dog, they are famous for their large size and rescue abilities. They have to be trained to be sociable with people to avoid aggressive behavior. 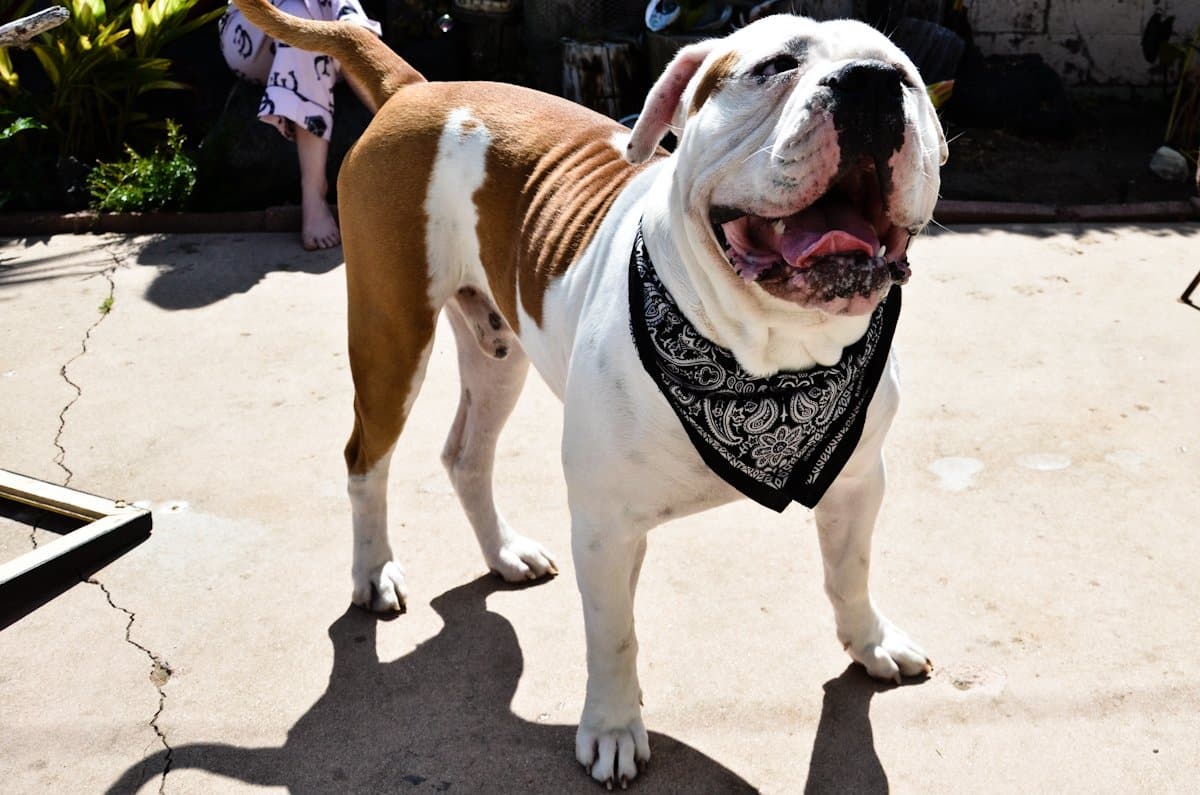 A heavy and muscular dog that exhibits a pleasant and friendly demeanor, this dog can also be stubborn because of its confidence.

Known for its massive size, the Great Dane holds the world’s record for tallest breed at 44 inches. It is also known as the German Mastiff or the Danish Hound, it was bred to hunt wild boars. 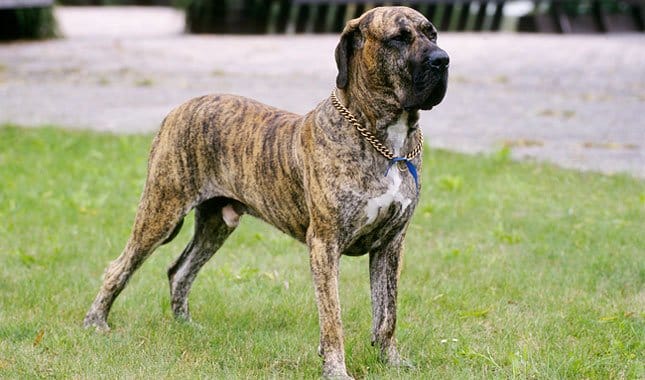 The Brazilian Mastiff has great tracking abilities but is also reckless and aggressive at the same time. Because of its size and temperament, this dog has been banned in many countries. 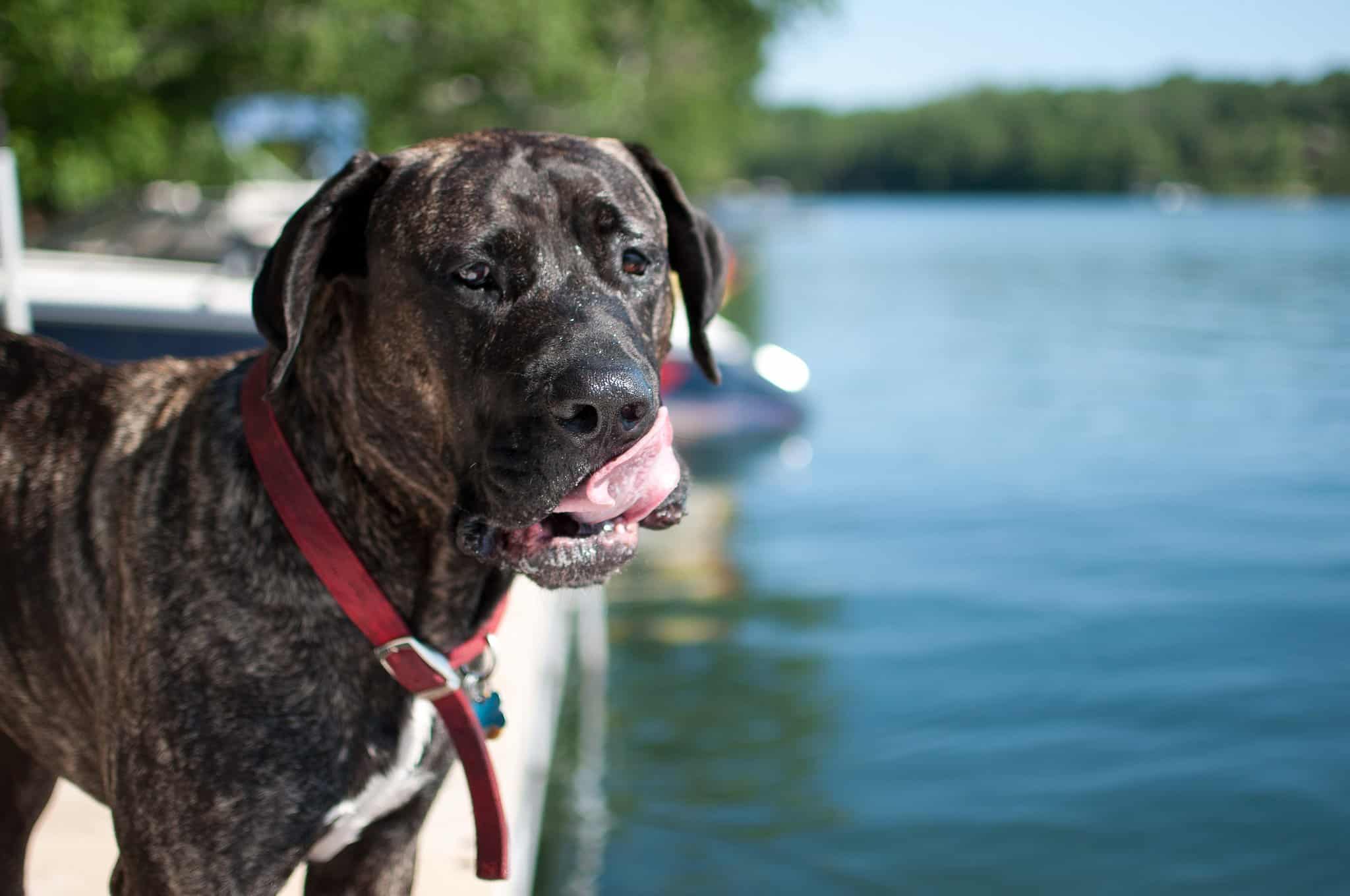 A large dog that requires early obedience training and socialization to avoid aggression towards others, the Perro de Presa Canario was bred for working livestock. They can be very suspicious of strangers. 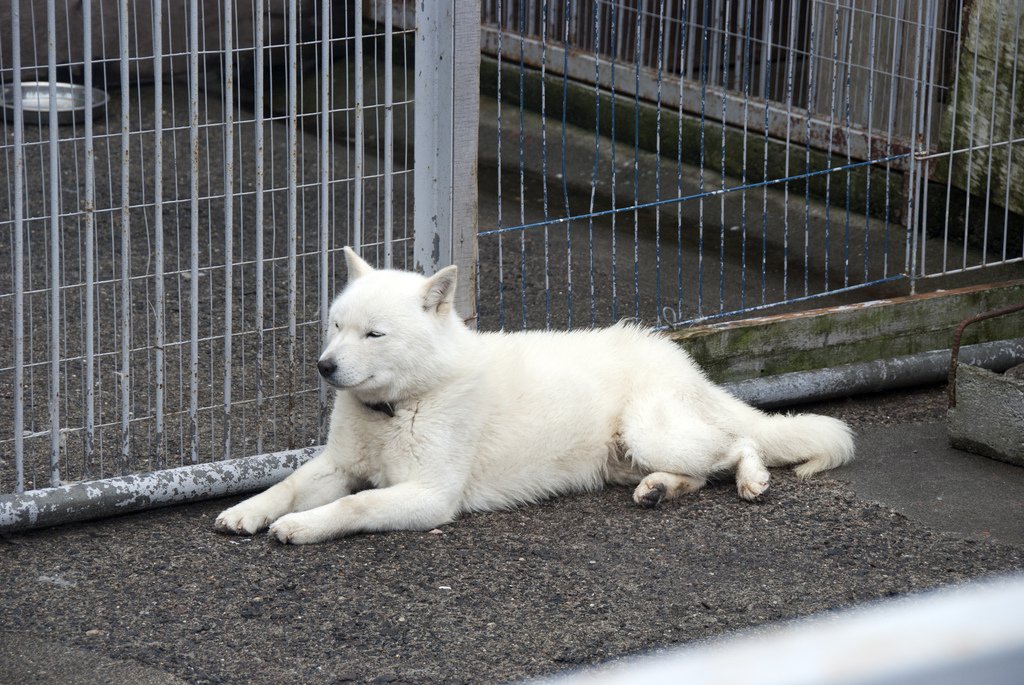 This strong, independent and affectionate dog can also be aloof and aggressive towards strangers because of their territorial attitude. They originated from the mountainous regions of Japan. 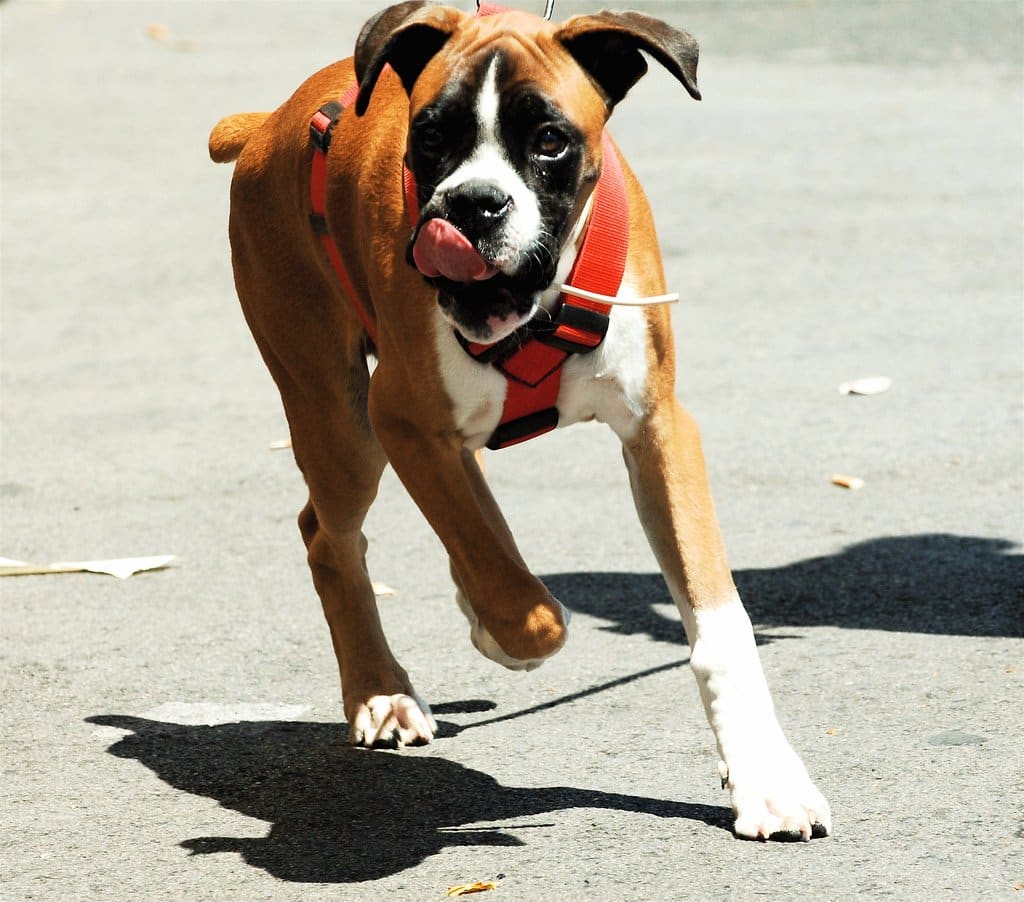 Not really aggressive, they are still on the list because of several incidents they figured into over the past two decades. They are playful and energetic yet have headstrong personalities. 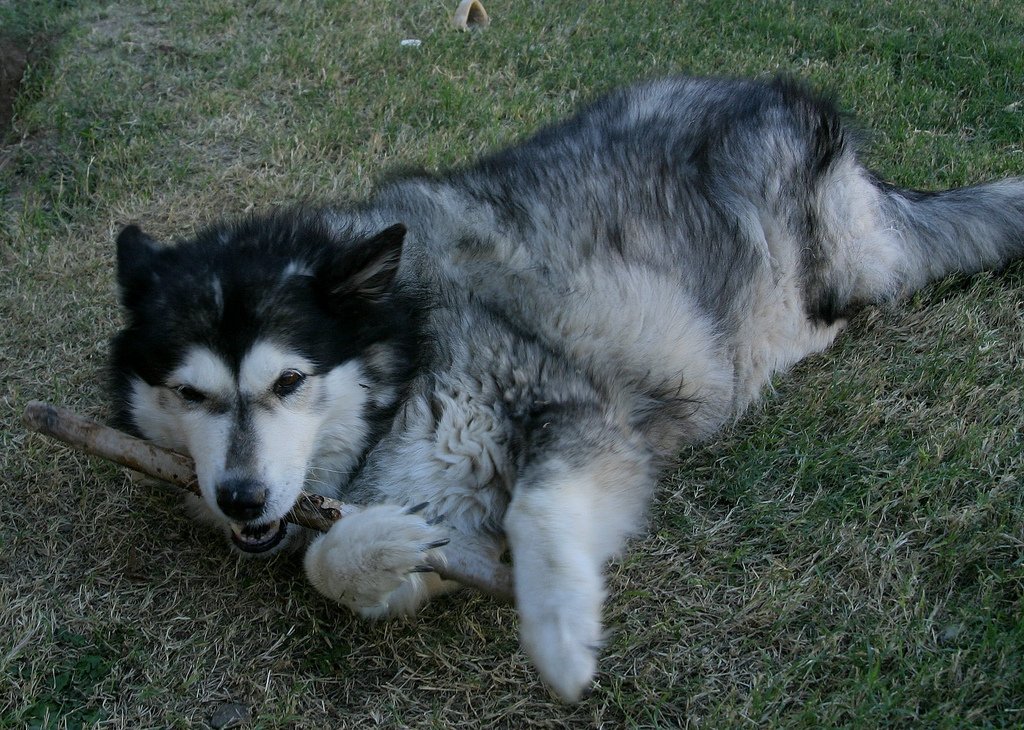 A cross between a dog and a wolf, its mix of generic traits can make this breed have unpredictable behavior patterns that can easily be compared to a wolf or a dog. 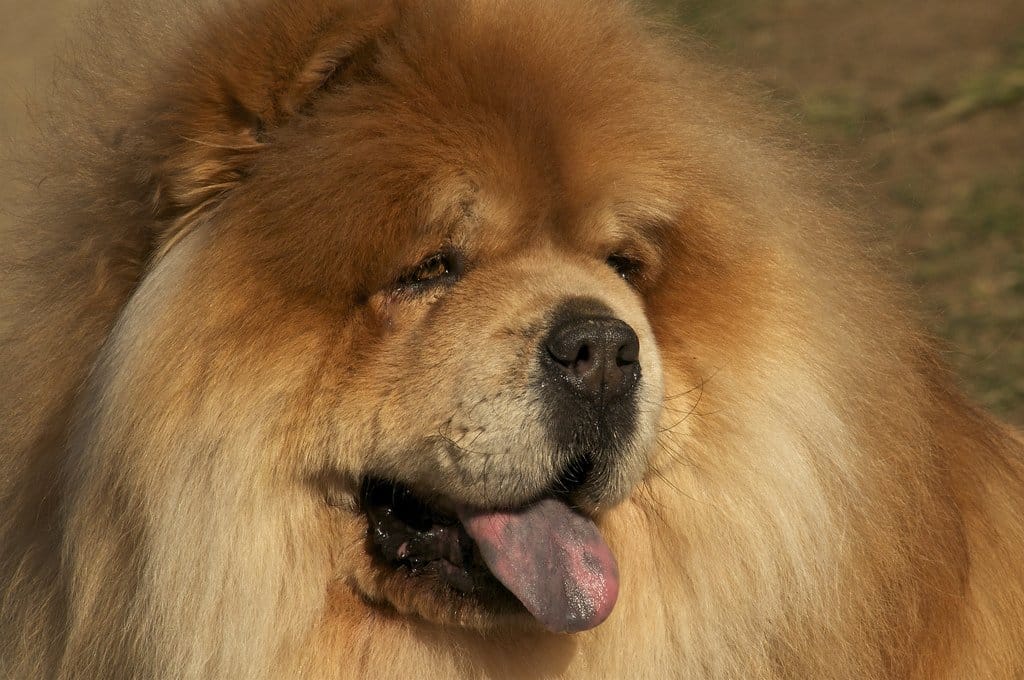 This bred requires utmost attention from its owners if they don’t want it to become aggressive and ill-bred. The Chow Chow has amazing discernment skills and can be fiercely protective of its humans. Considered as an unacceptable breed, they need daily exercise so that they don’t become dangerous pets. 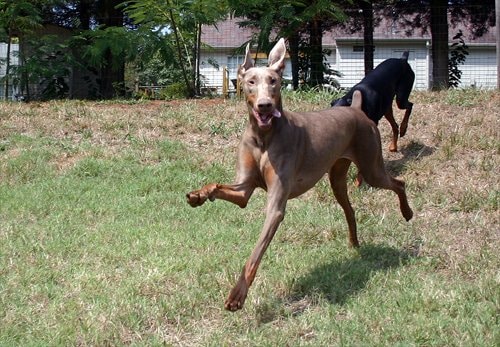 One of the most loyal, alert and intelligent breeds, this dog is one of the best guard dogs and will attack when provoked. They can sense when their owner is at harm and can be aggressive towards other strangers and dogs. Due to their size and massive strength, they are considered dangerous. 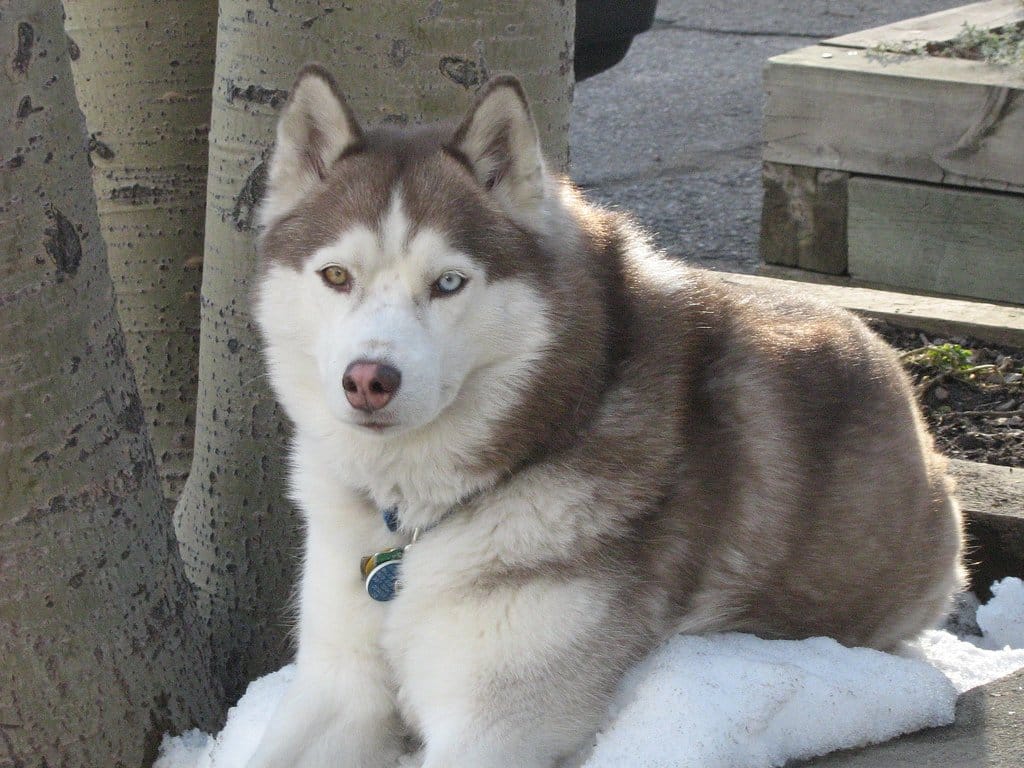 They are considered dangerous to smaller animals and can be quite destructive the moment they are bored. The Huskies are utilized for dog sled racing in the northern regions. 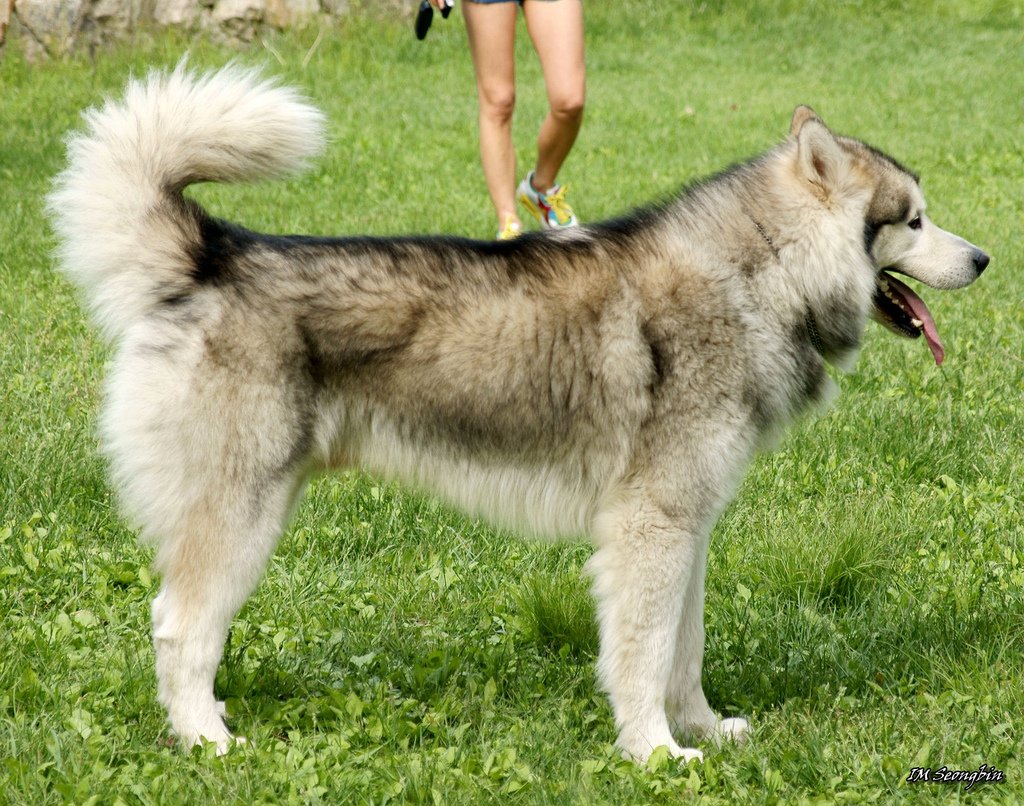 Related to the Siberian Husky, this dog requires daily activities otherwise they become destructive and disobedient. They can be quite difficult to train because of their independent nature but are perfect companions for carting and skijoring. 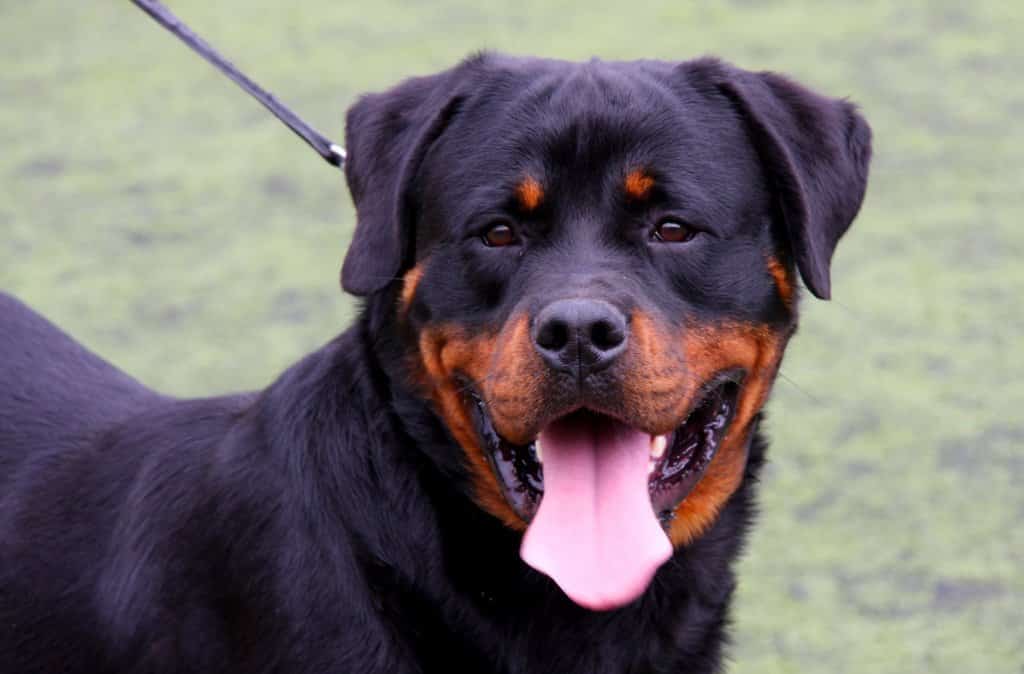 A very powerful breed, the Rottweiler’s dangerous behavior can be a result of abuse, neglect or lack of training. It’s strength should never be overlooked. 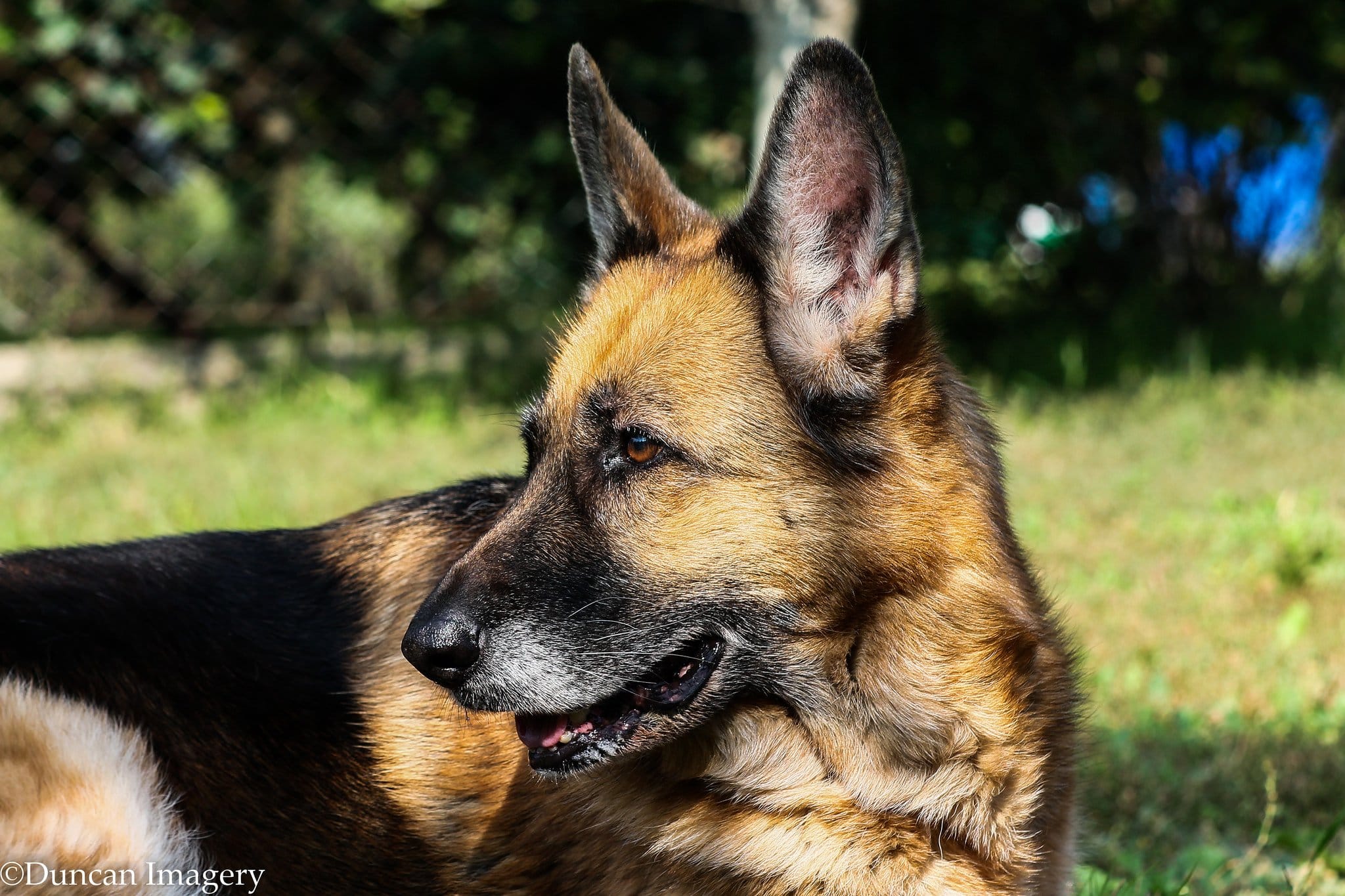 Known to be intelligent, vigilant and fearless, the German Shepherd is often used for K-9 units. When untrained and not socialized correctly, they can attack others. 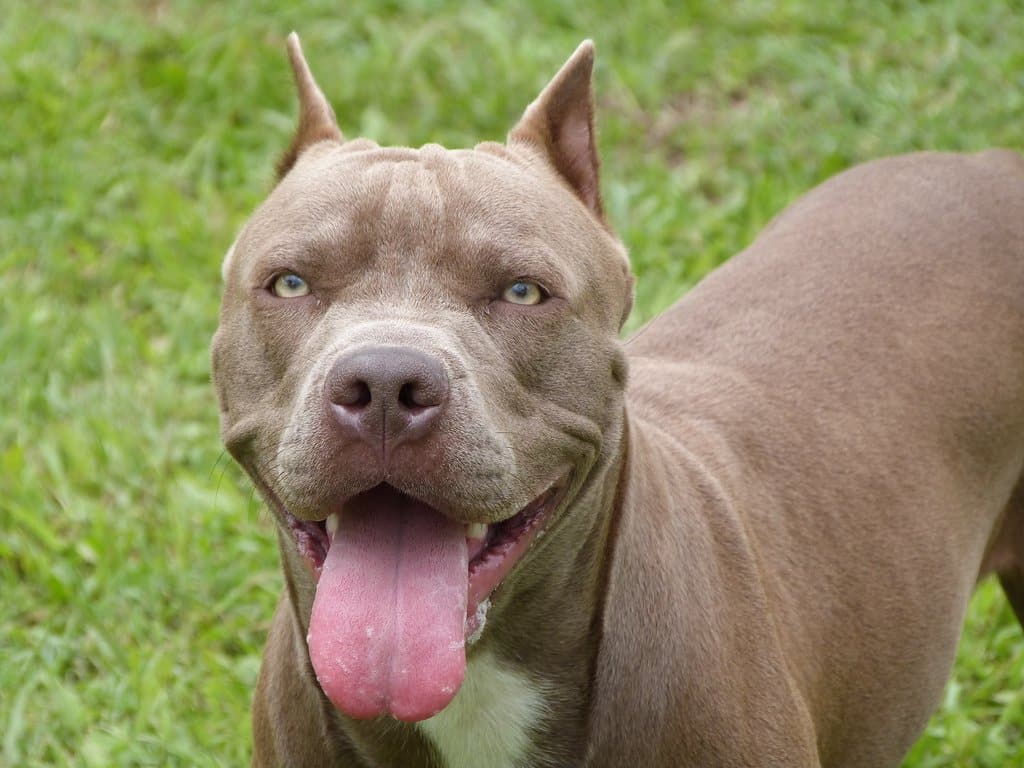 Bred to bait bulls and bears, the Pitbull is used for dog fighting and considered to be the most dangerous dog in the United States. 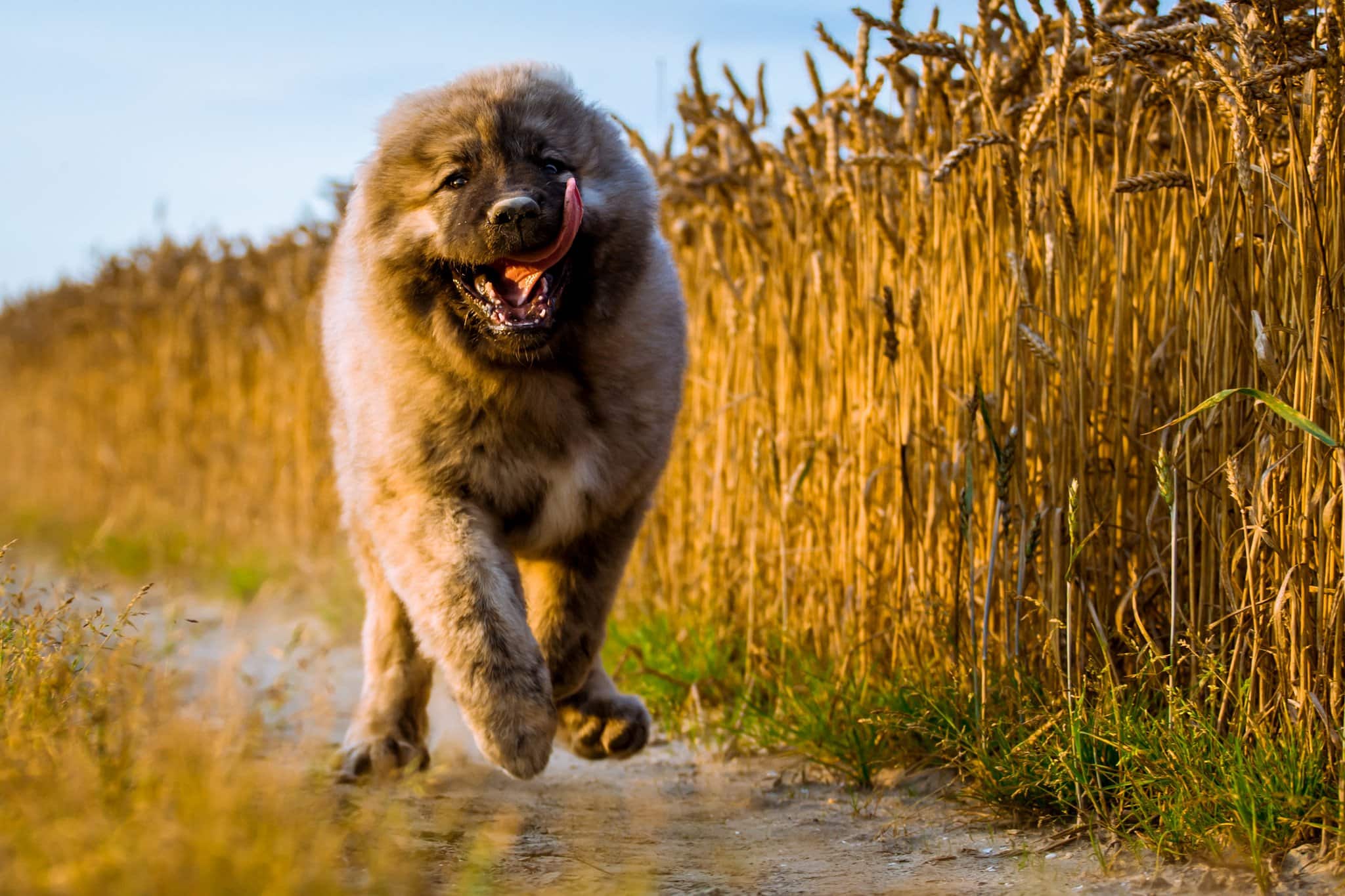 Strong-willed, courageous and assertive the Caucasian Shepherd is used to protect livestock. When unproperly trained or socialized, it can exhibit unmanageable tendencies and ferocity since it does not accept strangers.