Parents, do warn your kids not to try any stunt like this – or they might end up regretting it. This recently happened in Thailand and the photos circulating online are absolutely disturbing.

11-year-old Tharathep Wanacharoenlap climbed over a gate to see his friend but unfortunately, he got impaled through the neck on one of the gate’s metal spikes!

According to reports, the schoolboy slipped at the top because the gate was wet from a recent rain.

The rusty spike was 8 inches in length. 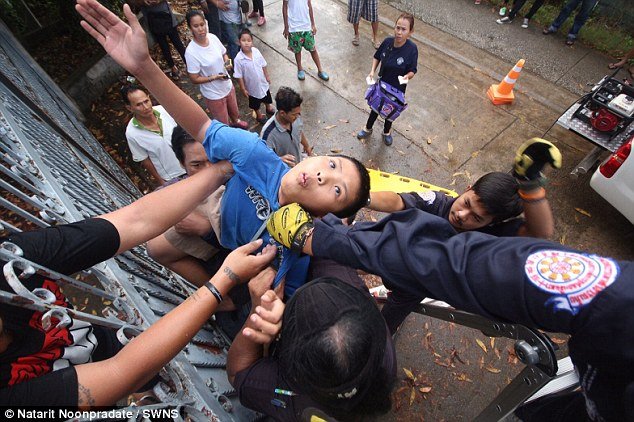 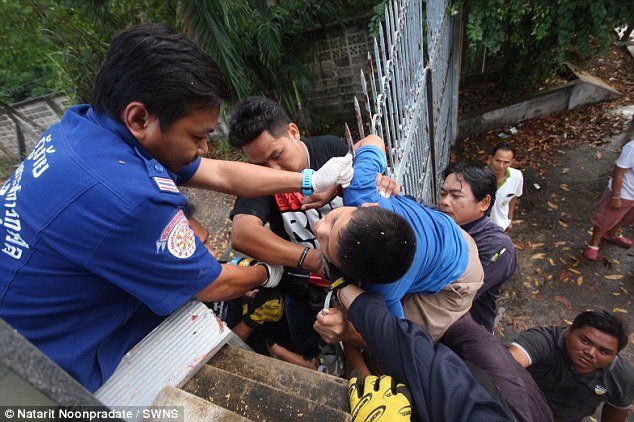 A passerby eventually saw him and immediately called for help. 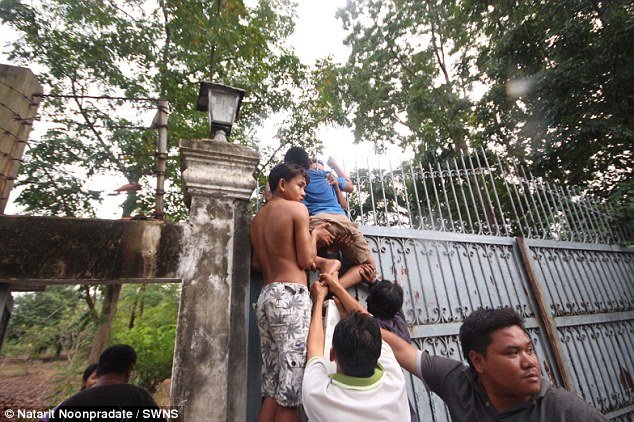 “He climbs over the gate every day to visit his friend.

“His mum told me his friend is too lazy to come and open it for him as it’s about 800 metres from the home.

“This time it was wet and slippy because there had just been a rain storm. He reached the top and slipped.

“After the mistake he put his arms around the top and held himself for ten minutes. When a neighbor saw him they came and supported to take off the weight.

“The gate is about three meters high. It’s a miracle he survived,” Natarit pointed out. 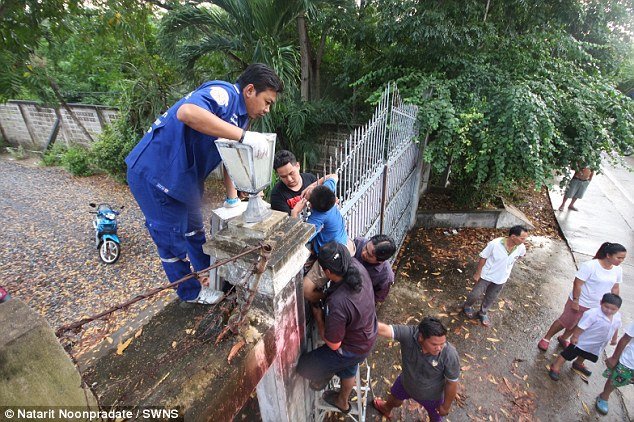 An ambulance from Chachoengsao, Thailand immediately arrived. The rescuers managed to free him from the accident, with the metal still in his neck. They took him to a nearby hospital.

“When he was in the ambulance the nurses asked him if he was OK and he gave them a thumbs up,” shared Natarit. 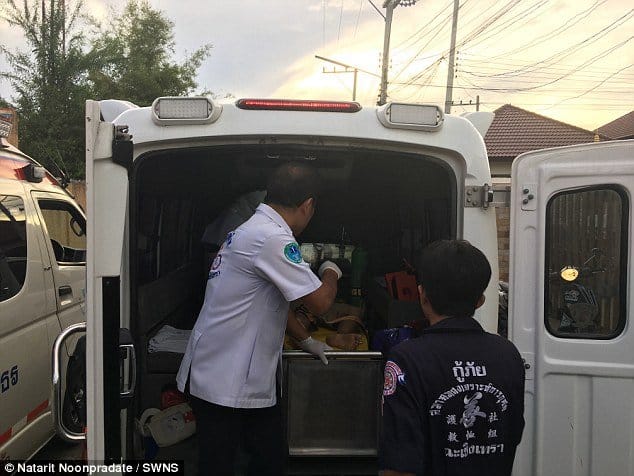 Currently, Tharathep is still recovering and it is expected that he will be discharged from the hospital within the next few days.