A Physical Education teacher in Stockton, California is facing charges after a video caught him dragging a female student and trying to force her into a swimming pool.

In the mobile phone footage, other students are seen at times intervening and trying to pull the girl from Peterson. 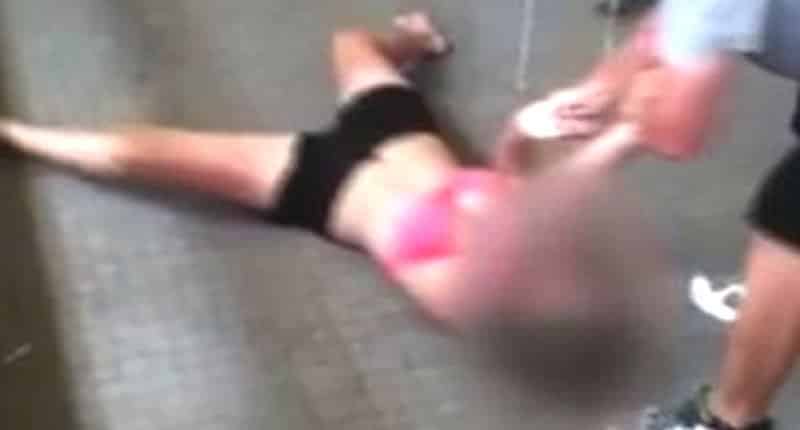 “Regardless of her participation it should disgust you how this man put his hands on a 14-year-old girl. She said multiple times, ‘my top is falling down,’” Somera said.

Peterson was put on paid leave following the August incident and later reassigned. This week, he was served a misdemeanor charge for corporal injury to a child and put on leave again. The family’s attorney said they are considering a lawsuit.