A university student was shocked when she found out that another student had been cloning her social media posts for two years. Chloe Cowan found out that one girl had been mimicking her pictures and “stalked her to the extreme.”

Although similar posts on social media are not avoidable, the copycat with the name “Honey Basra” took things to a whole new level. Not only was she following Chloe’s outfits and poses, but she also copied her captions. 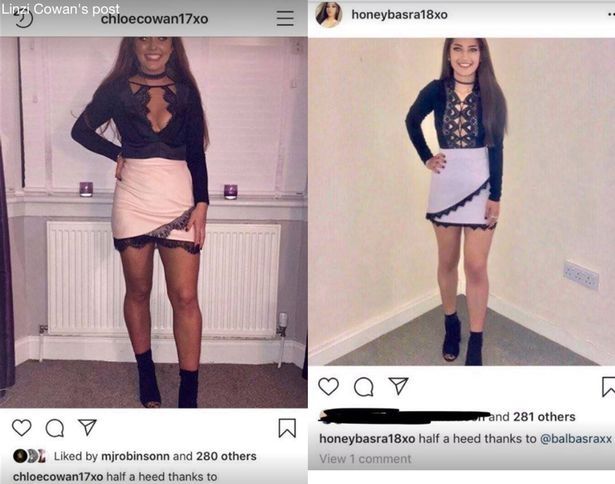 “My sister Chloe is at Dundee University and another girl living in Dundee (who my sister wasn’t aware of until this week) has been reenacting her life on Instagram for almost two years.

This girl’s stalking behavior is to the extreme of reenacting videos of a photo album that Chloe posted of my dad who passed away (gives me the shivers when I think about it).” 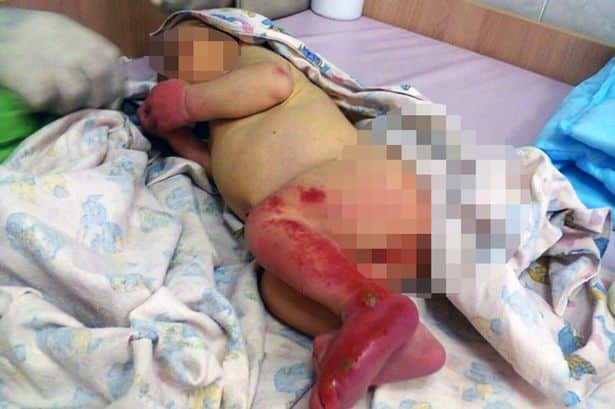 It is unclear why the girl is copying Chloe, but many believed that she may like her posts and wanted to get the same attention as well.

However, Chloe’s sister said that what “Honey Basra” is doing is not okay. In fact, Chloe is now worried that if she’ll post something, the other girl will follow her again. Linzi said that “Imitation is flattering, but this is just too far.” 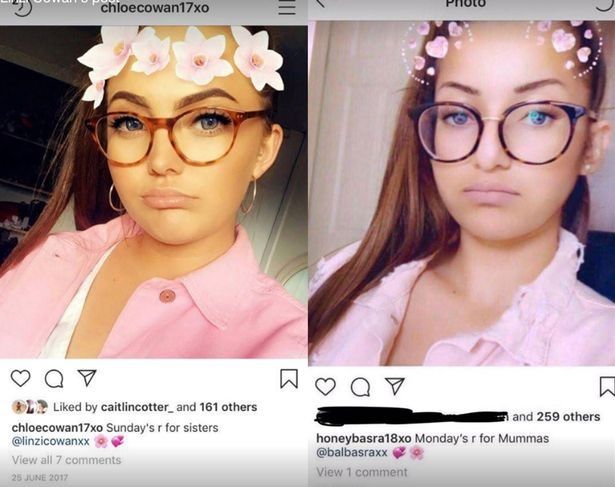 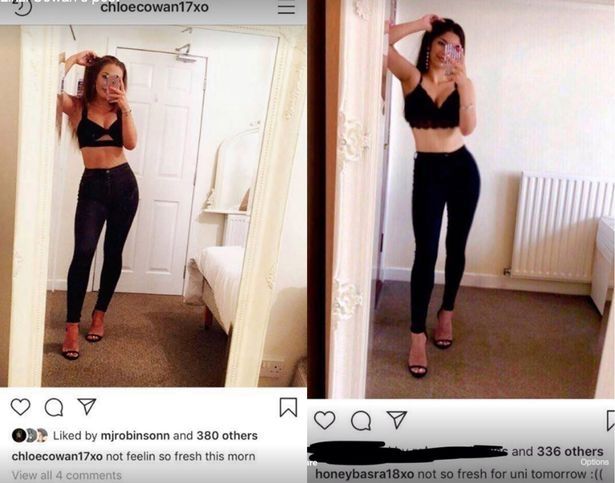 Linzi said she believes the girl is from London and started mimicking her sister after moving to Dundee because she had no social media profiles.

She shared a series of photos comparing her sister’s original Instagram posts to the woman’s own lookalike version. 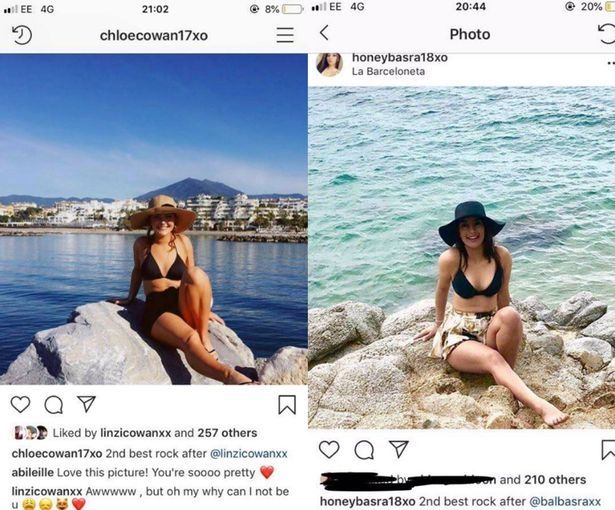 It was claimed that Basra even copied Chloe’s Instagram name of ChloeCowan17xo with her own, HoneyBasra18xo.