We’re not sure whether to laugh or feel sorry for this adorable Shiba Inu stuck in a 10 ft-bush in Japan.

Apparently, the unfortunate canine which got himself stuck in the hedge caught the attention of a passerby who snapped hilarious photos of the dog and posted it on Twitter on August 17. The funny images posted by Twitter user @Yamamochi223 definitely made the Shiba Inu an instant Internet superstar.

The post has since been taken down but netizens have secured photographic evidence of the Shiba Inu’s cuteness.

This adorable Shiba Inu got himself stuck in this bush somewhere in Japan. 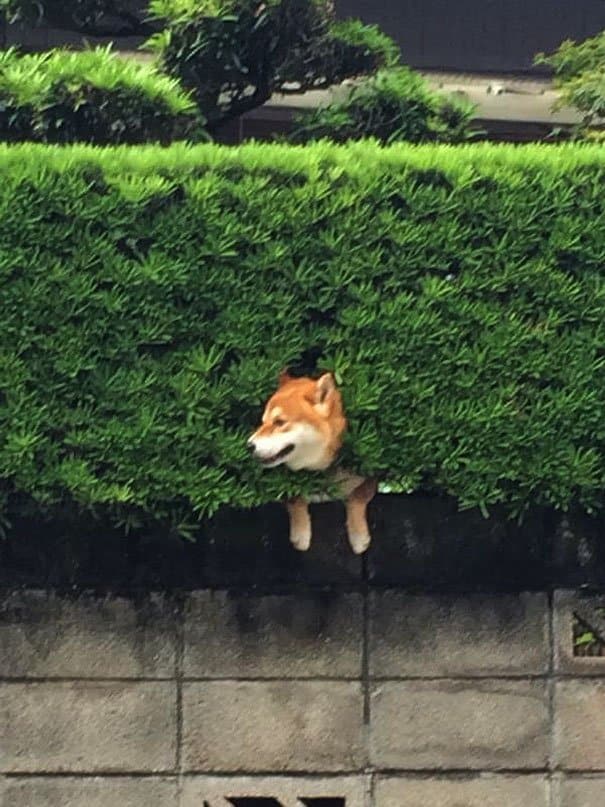 But the cute canine isn’t terribly worried with his situation. 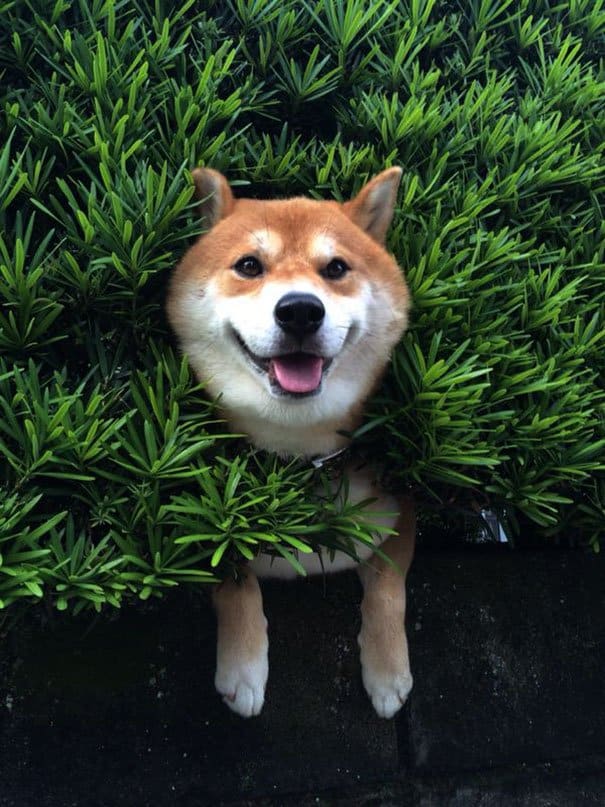 In fact, he appears to be “just hangin’ out” there. 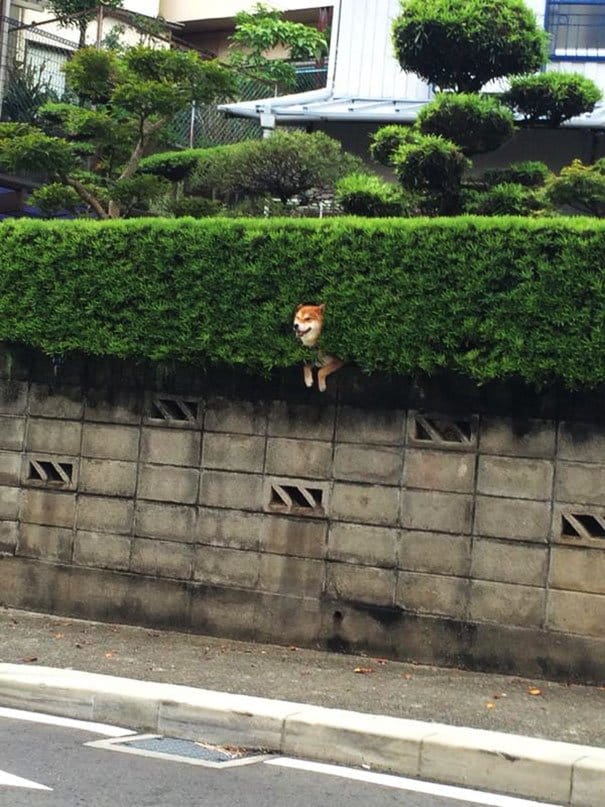 Originally bred to flush birds and hunt wild boars, Shiba Inu is among Japan’s native breeds. This type of dog is known for its small upright ears, spirited personality, and cat-like agility. The ancient dog breed primarily serves as a companion dog in the US and Japan. 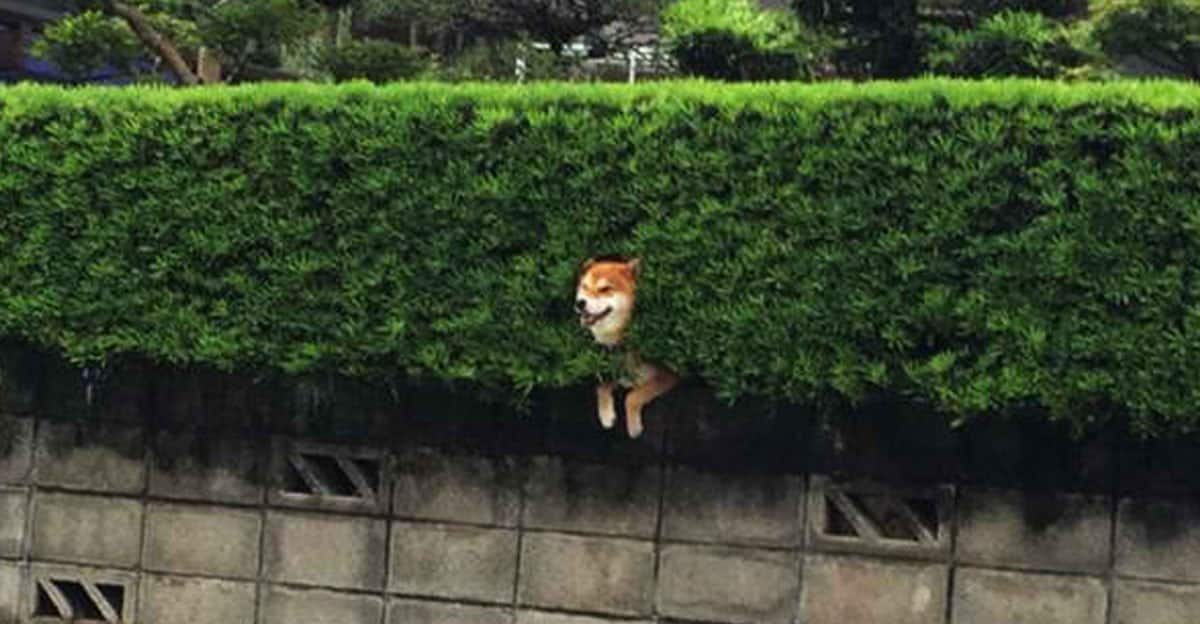