Many incredible stories happened in the 19th century when American settlers began arriving in the wild, wild West.

One such story involves a young woman abducted by Indians, and how she came by the intricate tattoos on her face.

Her name was Olive Oatman. 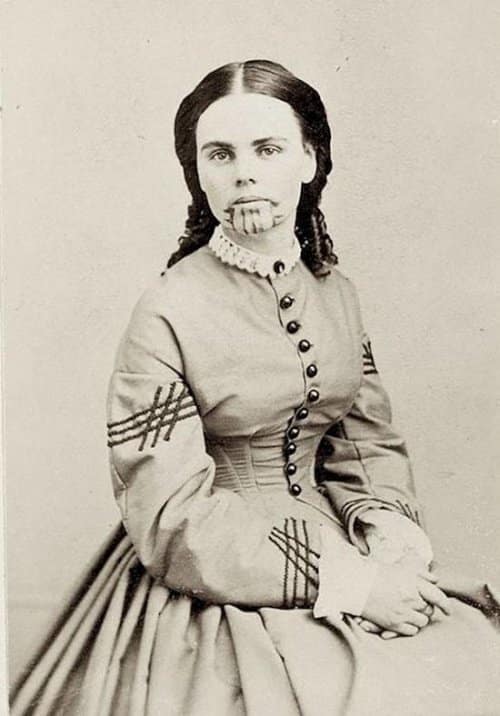 In the 1850s, Olive Oatman, then 14, and her family made the trip to California by caravan.

Unfortunately, when they reached Arizona, they were attacked by the Native American Yavapai tribe. Most of Olive’s family were massacred.

Olive and her sister, seven-year-old Mary Ann, survived but were carried off by the Yavapai who made them their slaves.

Fortunately for the Oatman girls, the Yavapai traded them to a neighboring Mohave tribe. This new tribe treated the girls better, and eventually, the chief adopted them as his own daughters.

And that’s when Olive’s life began to get interesting.

Olive and Mary Ann came to love their new adoptive family, and the Mohave tattooed both their chins and arms. According to Mohave traditions, these tattoos would lead the girls to a better afterlife when they passed.

As part of this new tribe, Olive and her sister lived as native Mohave women did. 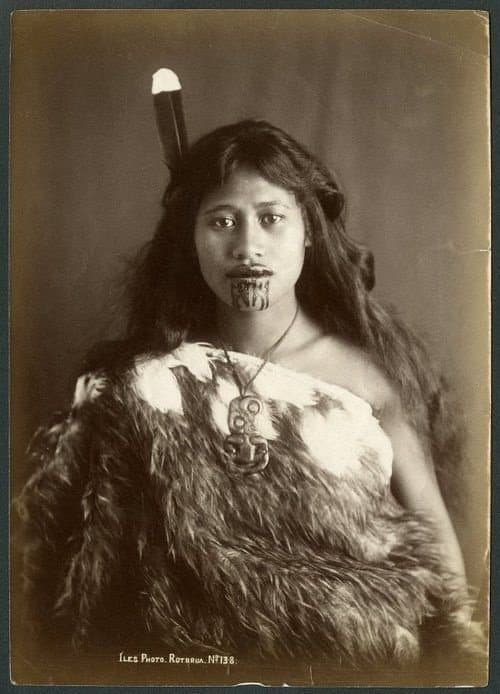 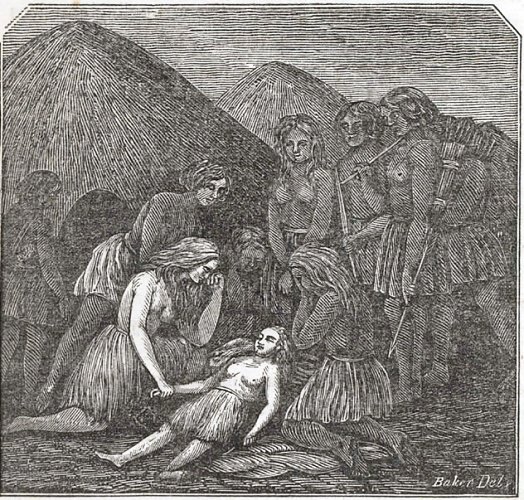 Olive survived, and rumors had it she married a Mohave brave and bore him two children.

The Mohave renamed her Oach. 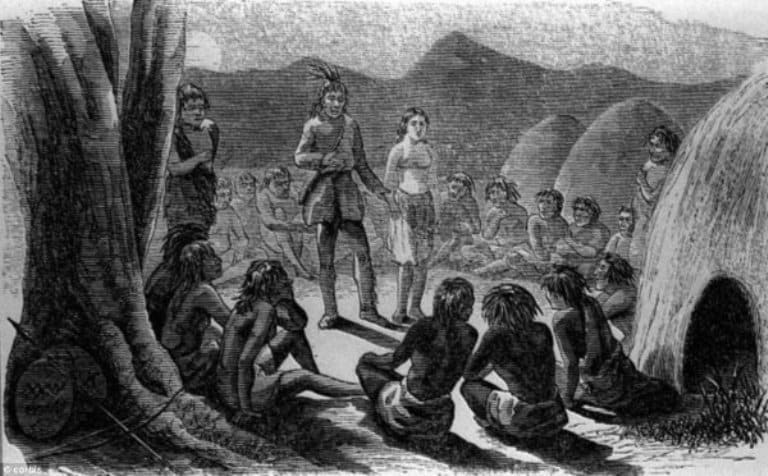 Eventually, word of a white woman living with the Mohave tribe reached American settlers, and they sent a messenger to negotiate for Olive’s return.

Surprisingly enough, despite her full integration into the Mohave, Olive agreed. She had a joyful reunion with her brother, Lorenzo who survived the caravan massacre despite being left for dead.

Olive became an instant celebrity, especially with her tattoos. In 1857, a pastor named Royal B. Stratton wrote “Life Among Indians,” chronicling Olive and Mary Ann’s time with the Mohave. The book was an instant bestseller, and proceeds from its sales paid for Olive’s and Lorenzo’s education.

Olive even traveled on lecture tours to promote the book. 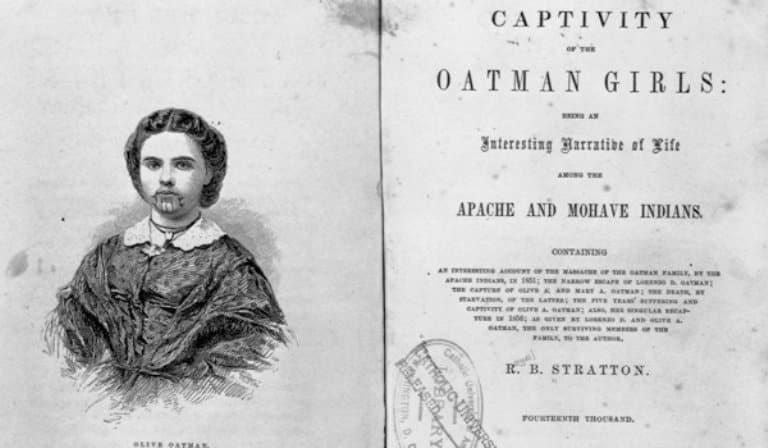 Eventually, Olive married a cattle owner named John B. Fairchild and settled with him in Sherman, Texas.

Olive eventually passed away in 1903 at the age of 65 and has been the subject of many movie and TV characters.

However, her story begs several questions. Did she assimilate with the Indians only for survival? How could she readily leave her Mohave husband and children? Did she ever come back for a visit?

Unfortunately, no one will ever know.