As the saying goes, “No man is an island.” Then again, there are certain people who — for one reason or another — prefer to be alone whether for just a short span of time or for the rest of their lives.

One place that would be perfect for those who want to be away from the hustle and bustle of civilization, is a house situated in an island on the southern coast of Iceland. What many considered as probably the loneliest house on the planet, has just become the perfect place to survive COVID-19 or any pandemic.

The island of Elliðaey is actually part of a group of islands called Vestmannaeyjar. 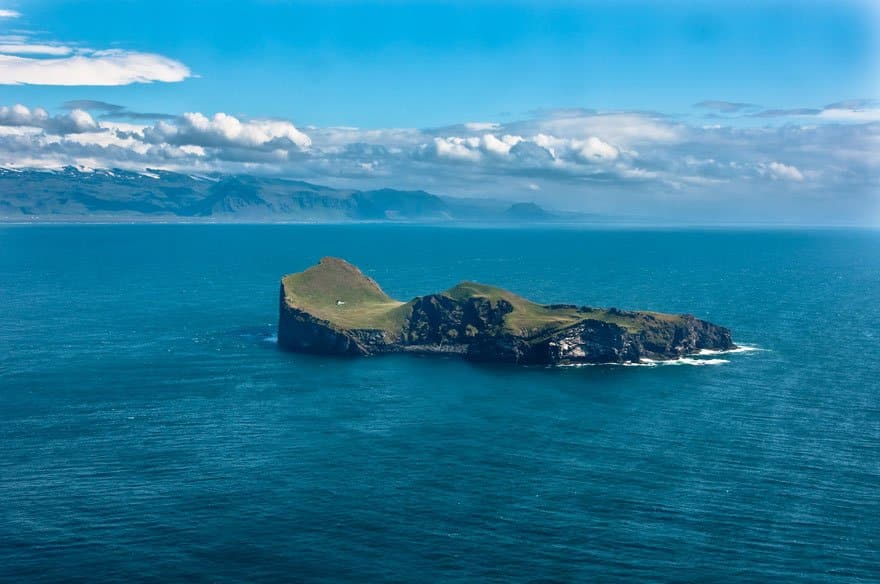 There’s only one house on the small island of Elliðaey. 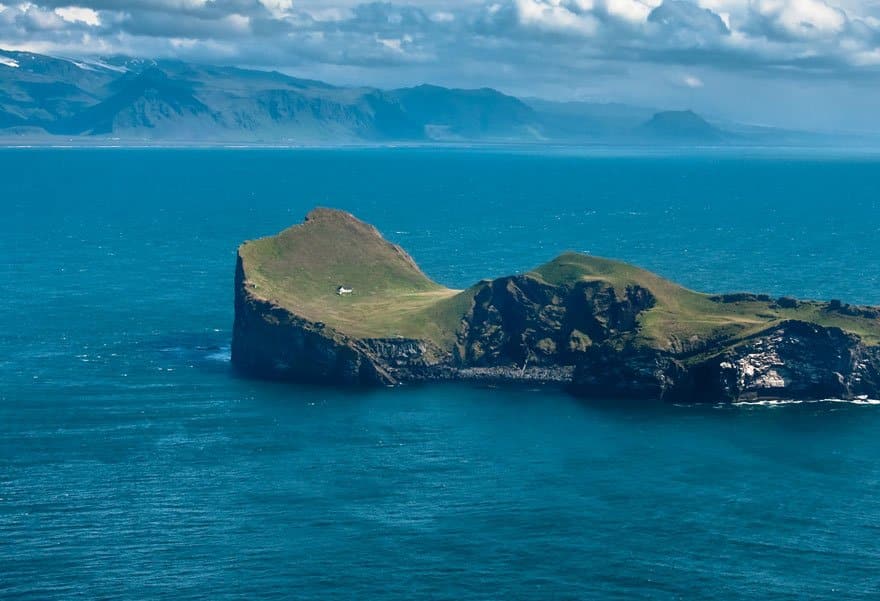 And it’s been called “The Loneliest House in the World”. 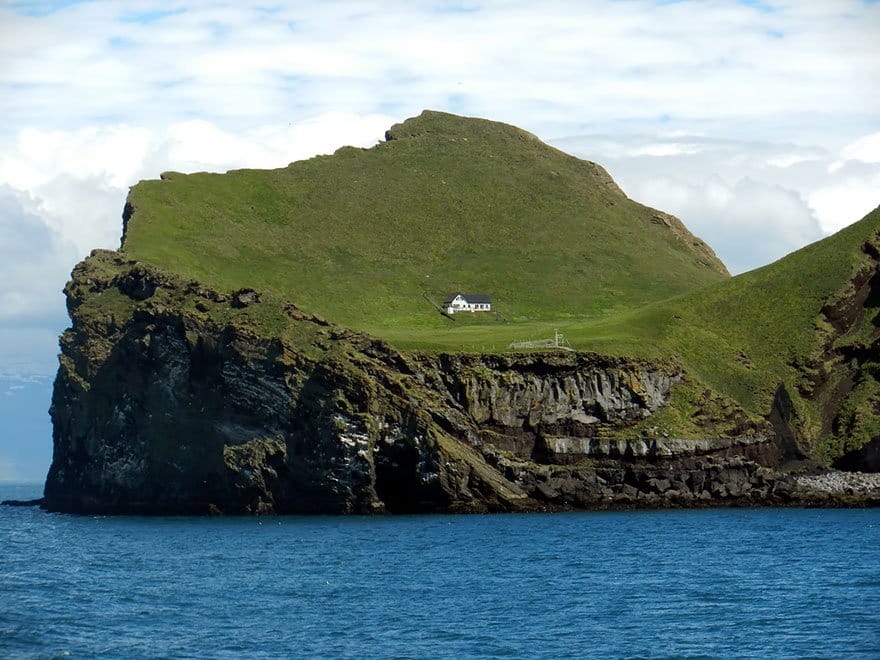 The little house on Elliðaey has no electricity or other modern-day conveniences. If you want to experience an “off-the-grid” existence, the place would be one of the top contenders. Most people call it, “The Loneliest House in the World.” It’s also dubbed as the perfect place to survive a Zombie Apocalypse.

A lot of wild stories have been spread about the house. 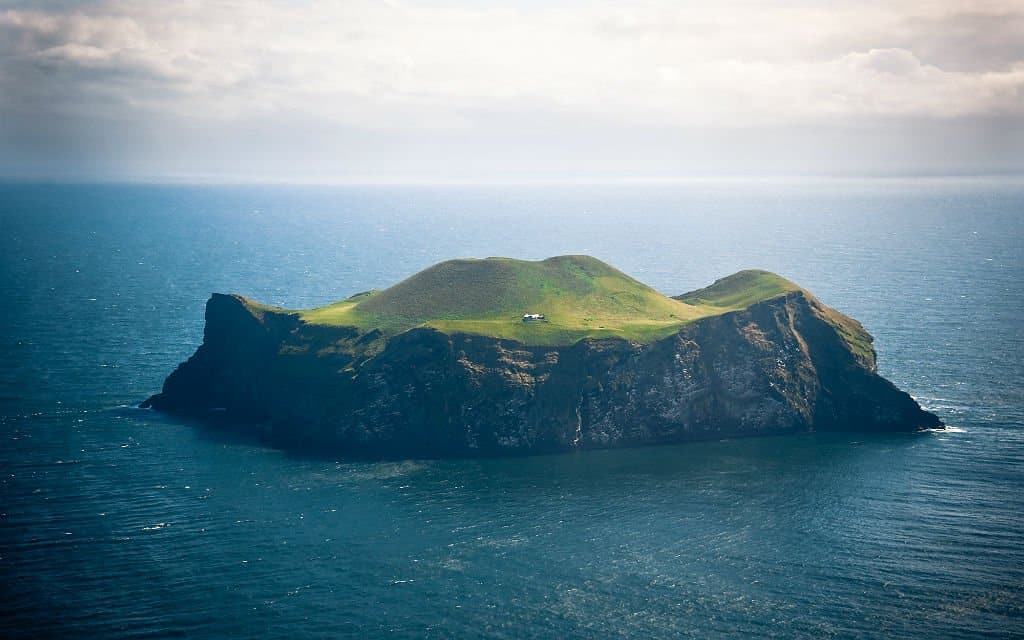 A mysterious cottage isolated from the rest of the world, the very sight of which naturally causes people to imagine all sorts of stories and scenarios about who lives in the house, and why all alone? How do they get their groceries, or medications? After photos of the island went viral on the Internet, even more questions and fabricated stories began to arise.

This gorgeous isolated home has an interesting story dating hundreds of years. 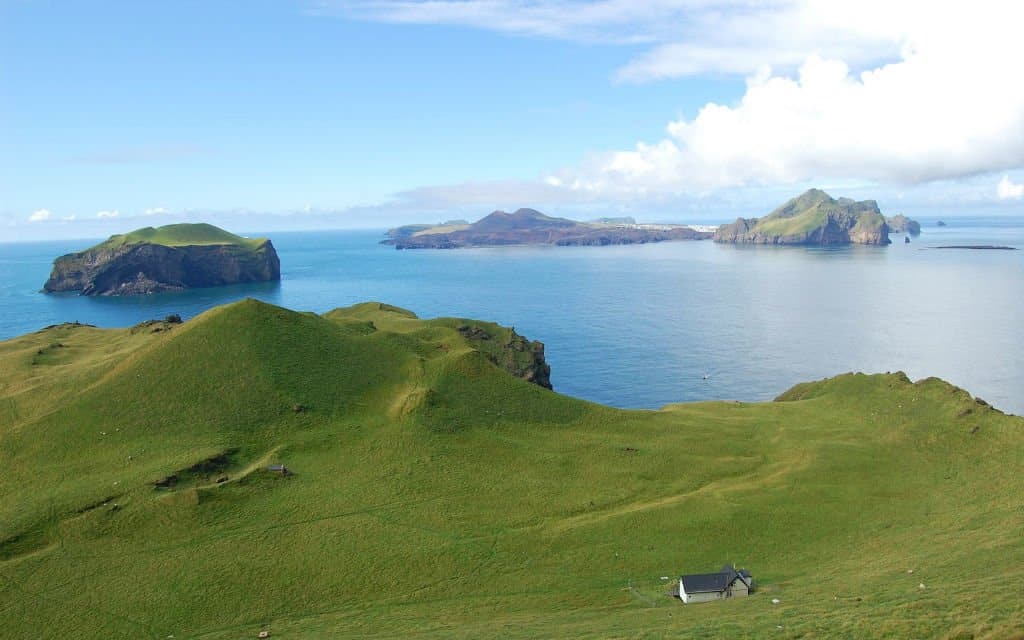 Rumors about the solitary house on Elidaey Island include that the house was inhabited by a religious hermit. Some claimed a paranoid recluse intent on surviving a coming Zombie Apocalypse lives there. Some also said that a shy billionaire lives there or that it was donated to Bjork, the famous singer from Iceland.

Neither of these rumors are true, but at least the Bjork story has some hint of truth to it. The singer does have a home on a different island, also located in Iceland, and also called Ellidaey. This island is different though, and is located on the west side of the country.

The real story is that, Elidaey island wasn’t always isolated. Around the 1700s (that’s 300 years ago!), there were five families living there. Aside from fishing and hunting, they also bred livestock. However, somewhere around the 1930’s, the families packed up and eventually left the island, realizing that their isolated community just didn’t have the opportunities unlike the ones available elsewhere.

So who lives here? 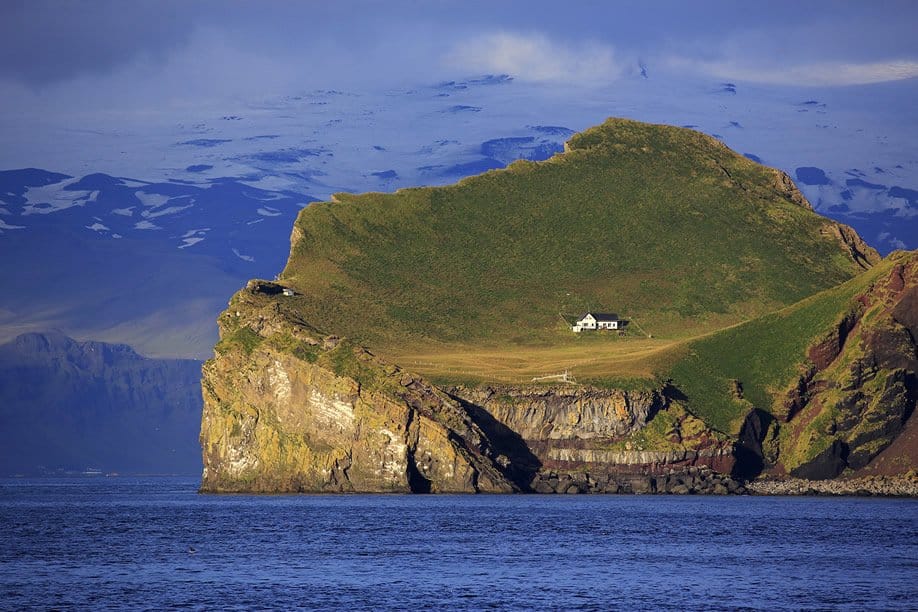 In 1953, the members of the Ellidaey Hunting Association of Iceland decided to build a lodge that would serve as shelter for members who want to hunt puffins. By “shelter,” it means that the house is simply a utilitarian structure that would provide you with a roof over your head and basic protection from the elements. The ‘hunting lodge’ does not have electricity or indoor plumbing, and sorry, no Internet either! Despite most modern amenities being completely vacant, the island retreat does have a sauna.

The solitary house serves as a retreat for a local hunting association. 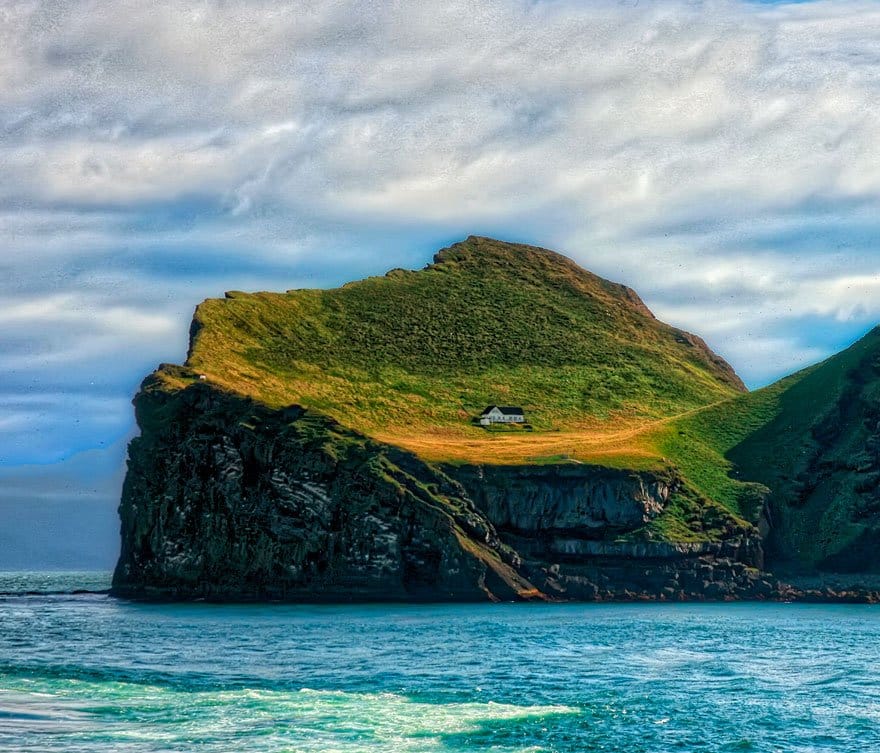 Without water or electricity you might be wondering how a sauna operates here. There is some water available. The water used for the sauna, cooking and drinking comes from a rainwater collection system that is located at the lodge. Interestingly, there is a fence built around outside of the cabin, which makes it all the more mysterious.

It may be “lonely,” but the view is spectacular. 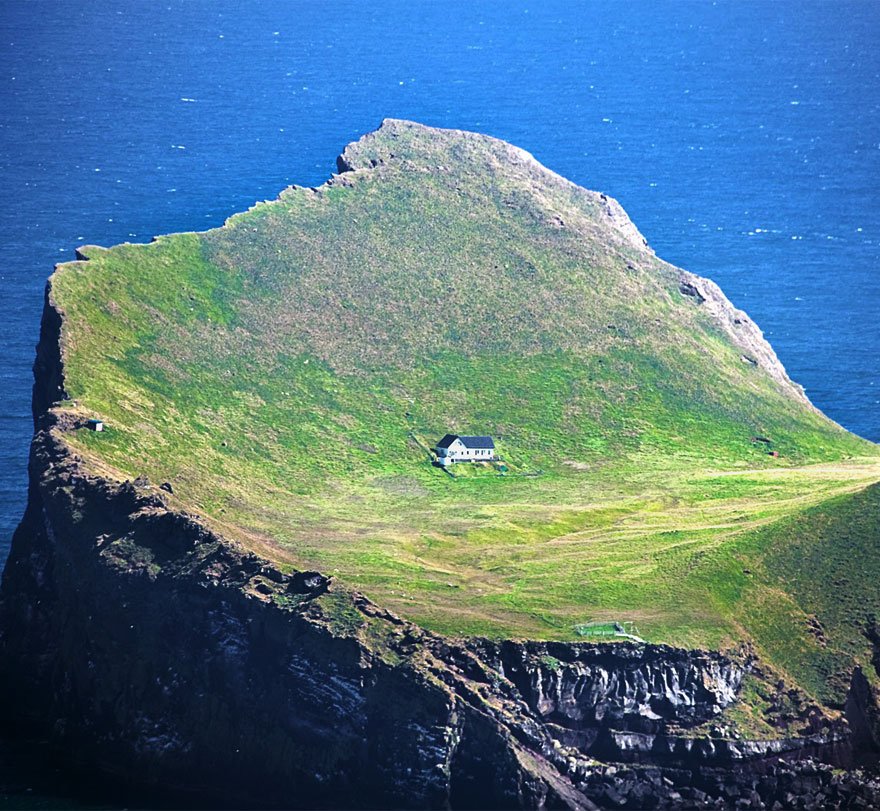 Keep in mind, though, that only members of the hunting association are allowed to stay at the house on the island of Elliðaey. Unless you are a member of the Ellidaey hunting association, or are close friends with a member, you won’t be able to stay at the isolated retreat. In simplicity, the members come to the cabin for shelter and a sauna when they are not out hunting for puffins.

Seeing the magical little house is enough without even going inside, all you have to do is drive by in a boat to catch a glimpse for yourself.