Imagine waking up during the wee hours of the night to take a piss when you suddenly discover you’ve got a large python on the toilet bowl. I assume you’d be pretty startled, right? You’d either think you were dreaming or probably being pranked.

Well, two households from Townsville, Australia have recently experienced that but no, it was neither a dream nor a prank.

In fact, they had to call Elliot Budd, a Queensland-based snake catcher, for help.

Over the course of two weeks, he received two phone calls from clients who needed his service. In both cases, he had to remove snakes that have curled up on toilets. 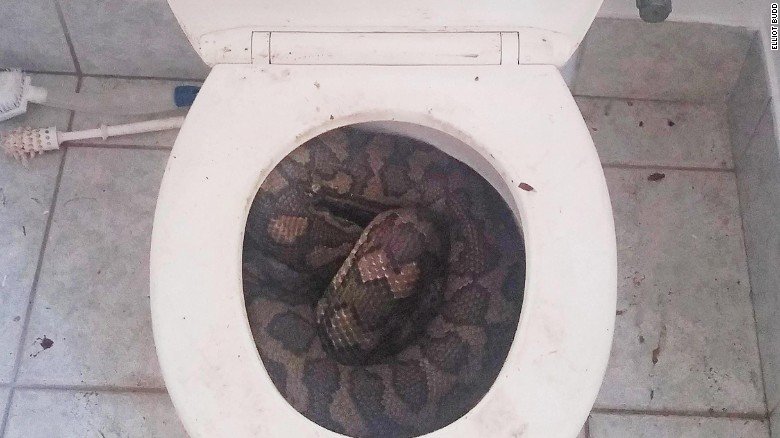 In an interview with CNN, Budd shared:

Describing the first experience, he said:

“The first one I got, the house was being renovated so it was a few tradesmen working there that came across it. I was definitely a bit surprised when it was in the toilet.”

Budd also said it took him a bit before he was able to successfully pull the snake out since it had a solid grip on the toilet’s S-bend.

One of the snakes was almost 8 feet in length while the other measured almost 10 feet. 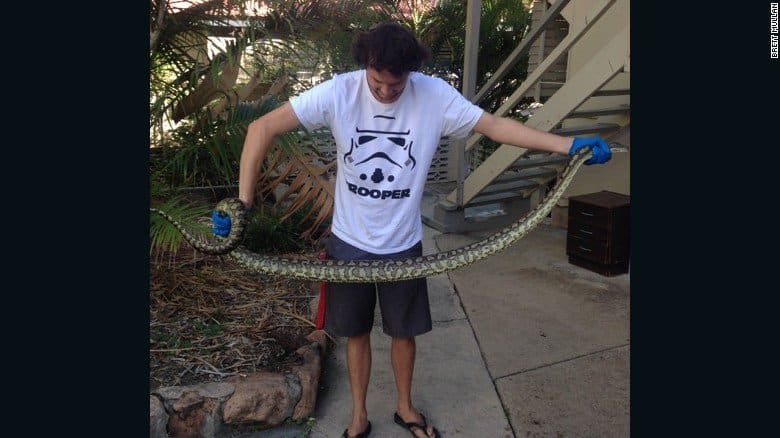 Oddly, he received another call several days after the first incident:

“It was on the 12th. That one the lady told me on the phone that it was in the toilet. At first, I thought maybe somebody was just having a joke after the first one. I didn’t think I’d see two of them in the toilet. The lady very much wanted to get it out.”

Asked for an explanation behind these strange incidents, Budd said it probably has to do with the dry season that the country is experiencing.

“It just comes down to the fact that it’s really dry right now and they’re looking for water and it is mating season right now. They are using a lot more energy than they normally would so they need more water. They’re non-venomous these snakes. They aren’t considered dangerous.”

So yes, these scary pythons are non-venomous but as Budd noted, it’s still best to “leave them alone” if you ever encounter one – and hopefully not in your toilet!

Python Believed to Suffer Remorseful Death After Swallowing a Porcupine 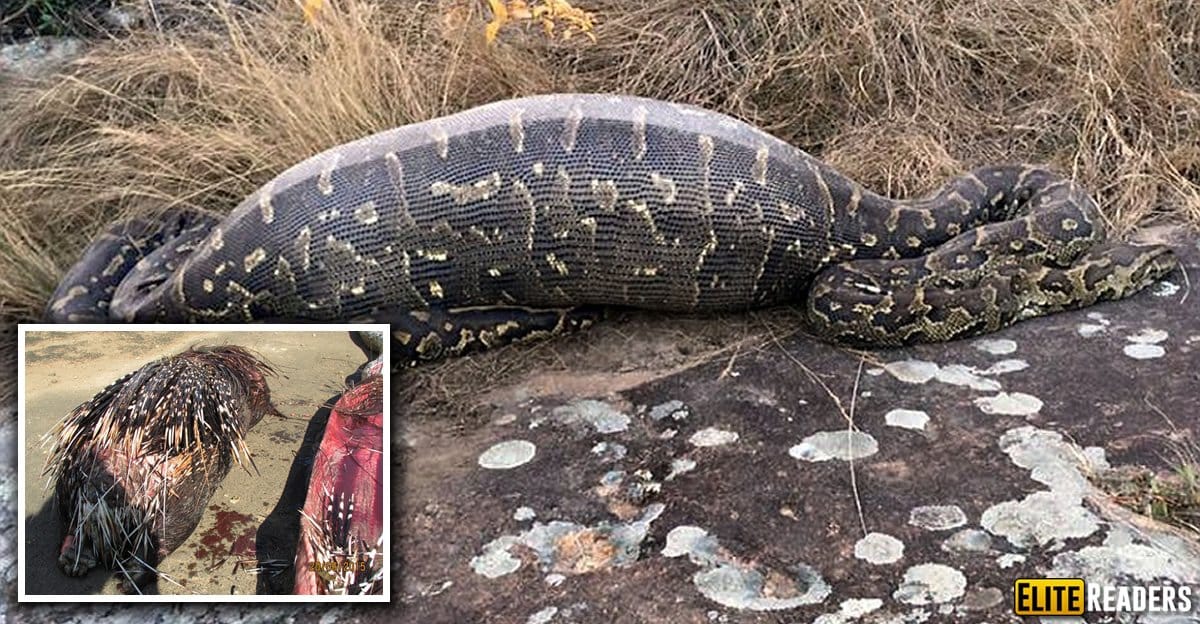