When you hear someone say, “I’m going to have a baby with my sister, and we couldn’t be more excited,” your first response may be shock, disgust, and a quick call to the authorities.

But for Samuel Leighton-Dore and his sister, it’s actually not as weird as you think.

In a world where families can have children through good old fashioned boning, adoption, surrogate mothers, and artificial insemination, the statement above may no longer strike you as odd.

You see, Leighton-Dore is a gay man who wishes to have a child with his partner. However, instead of adopting, they want the child to actually be a genetic combination of the two of them.

You may be wondering how this awkward conversation came about. As most shocking conversations go, it went down while drinking at a family function. His sister’s initial response? Squealing in delight at the prospect!

Leighton-Dore explains, “The only possible chance my partner and I have of waving our respective biological flags in our future kid’s DNA is if my sister donates an egg for my partner’s sperm. He went on to clarify, “No, she won’t be carrying the baby—just offering up the bun for another yet-to-be-determined woman’s oven.”

This is a photo of the siblings as kids, which can hold some clues as to what the baby might look like in the future. 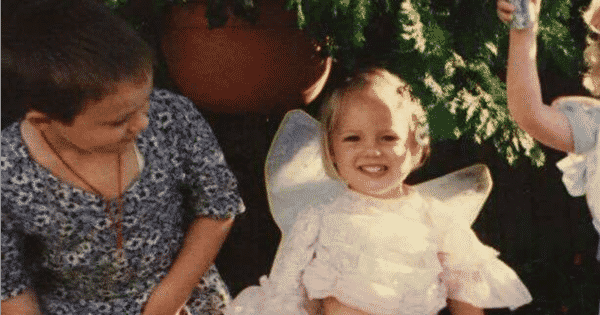 It’s definitely going to open up a couple of questions and awkward conversations, but that’s nothing compared to the possibility of the couple having their own child together.

However, this future baby won’t be happening for a while. These plans are still just plans as they don’t want to start a family just yet. But either way, with the lengths his parents are willing to go through in order to make a child that’s a biological combination of both of them, this is going to be one well-loved kid!