A vehicular accident can be terrifying and traumatic – and it’s probably the last thing most of us would associate with a beauty product endorsement. Because that would be pretty odd, right?

Well that’s exactly why Shelby Pagan recently went viral on social media. After a car crash, the 25-year-old nurse from Boston shared her photo online and it just went viral from there.

Shelby Pagan was hit by a speeding car while she was out of gas at the roadside. 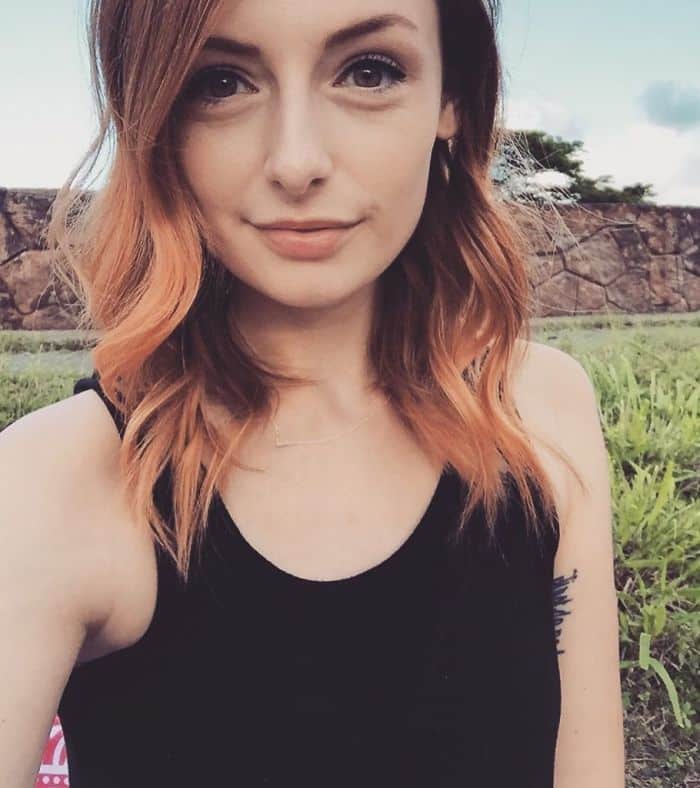 In a BoredPanda feature, she shared that she considers herself “lucky to have walked away from the accident relatively unhurt and alive.”

It was definitely an unforgettable experience. 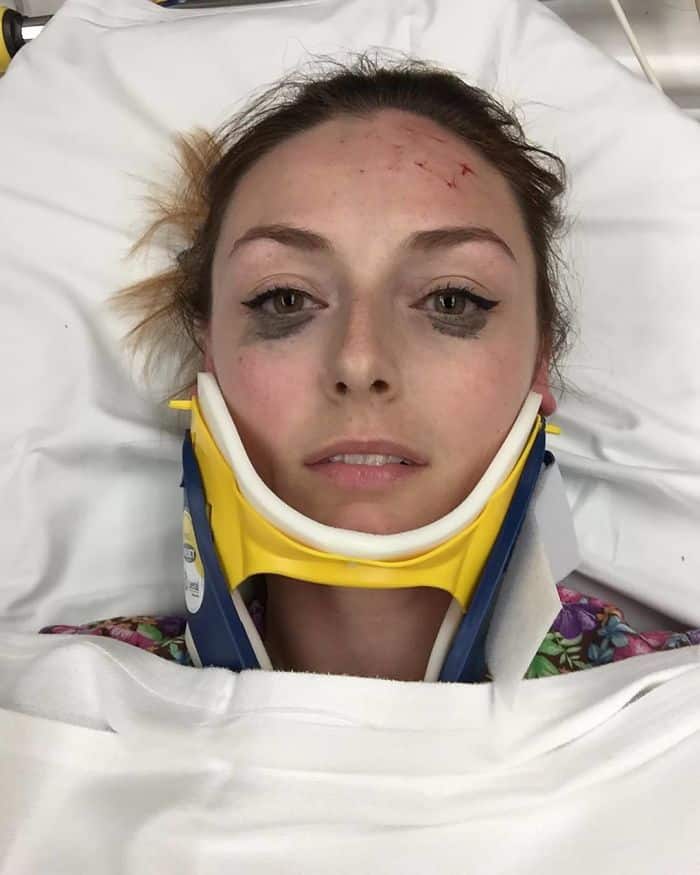 “I was parked on the side of a highway, with my hazards on, calling for roadside assistance because I ran out of gas. While on the phone for help I was hit by a driver going 56mph.

“I was treated in the ER for a cervical strain, closed head injury, knee contusion and forehead lacerations. I consider myself lucky to have walked away from the accident relatively unhurt and alive.

“The reason the other driver hit me is still unknown. But I have my life and am surrounded by such great friends, coworkers and family. Mahalo nui loa to the paramedics, doctors and everyone else who helped me.”

She likewise pointed something out about her photo… 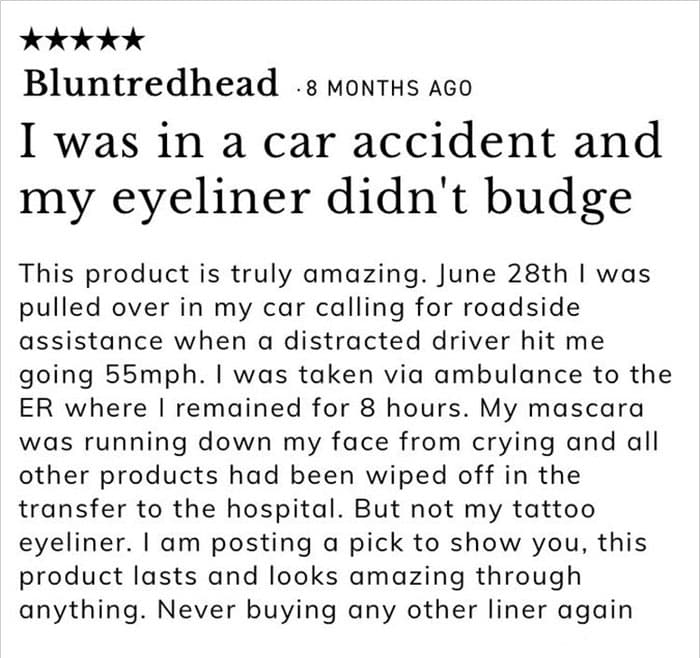 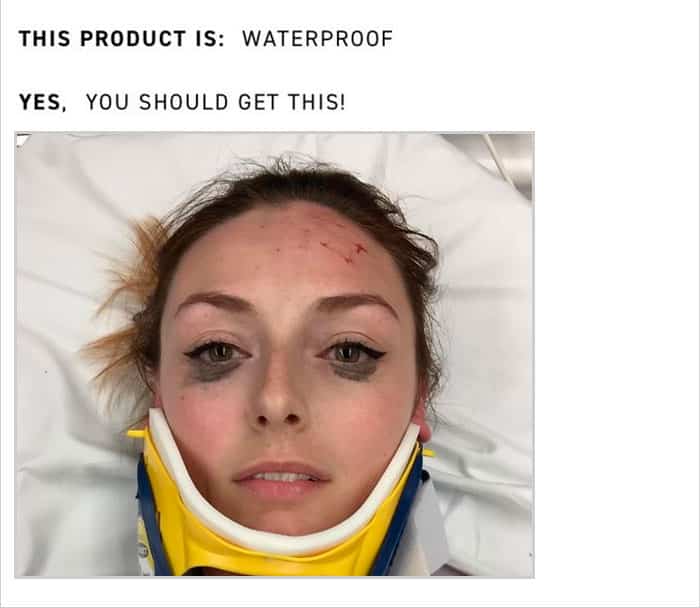 Yes, you should get this! 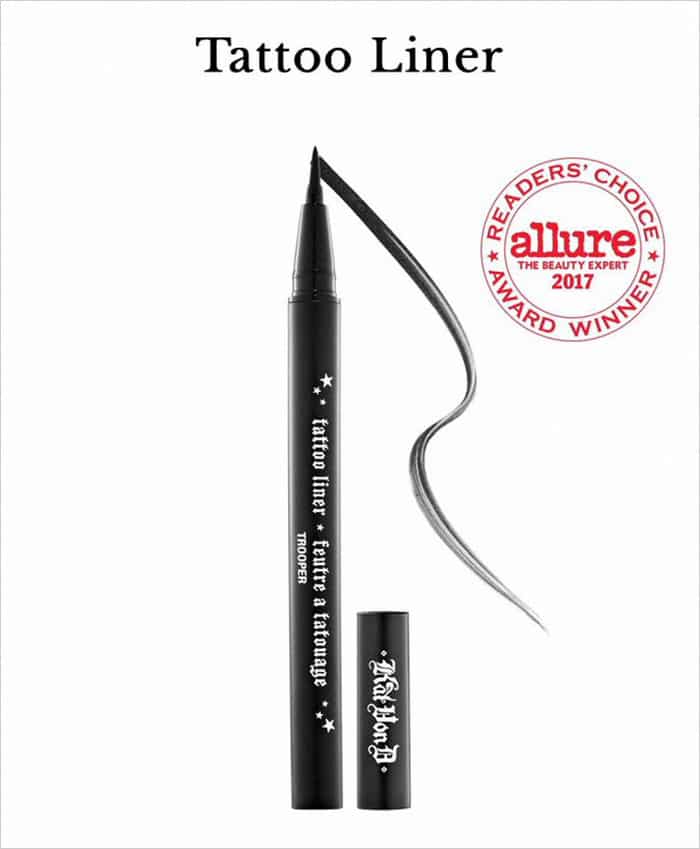 Initially, Shelby said she took the picture for police evidence. She, however, was surprised when she realized her eyeliner stayed in tact despite “all the crying and wiping of blood.”

It didn’t take long until netizens began reacting to her unusual review.

And much to her surprise, other ladies also had a similar experience. 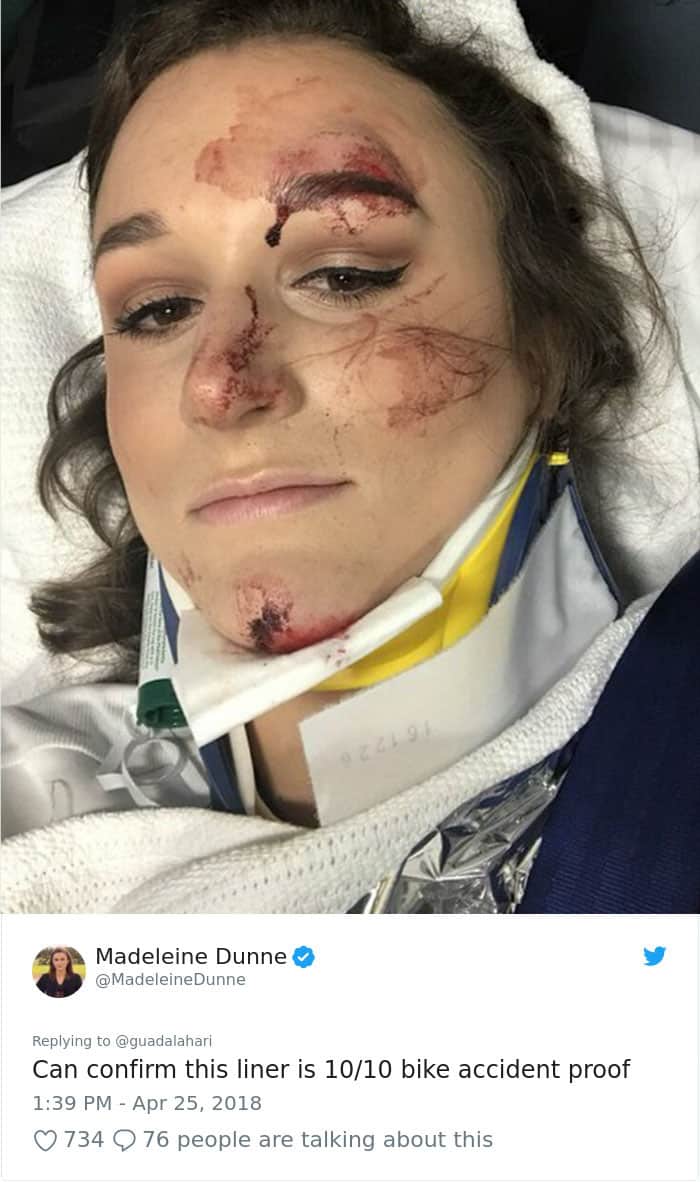 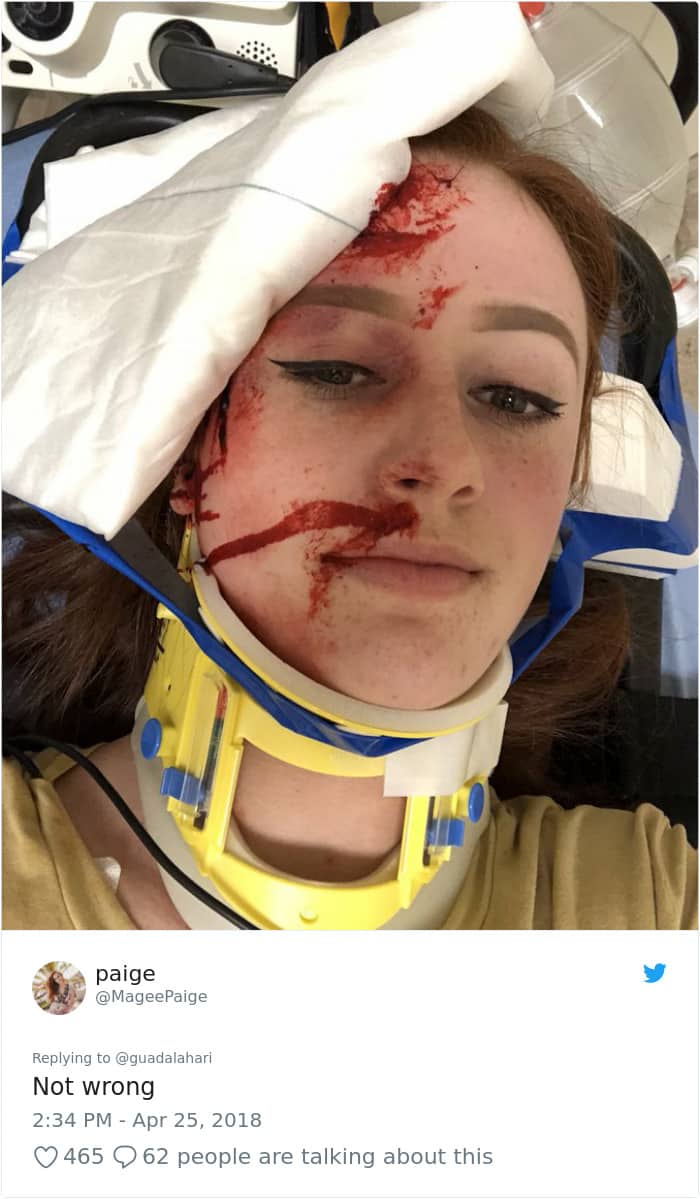 Shelby definitely deserves a year’s supply for that “glowing endorsement.”

As for the haters, she has this to say… 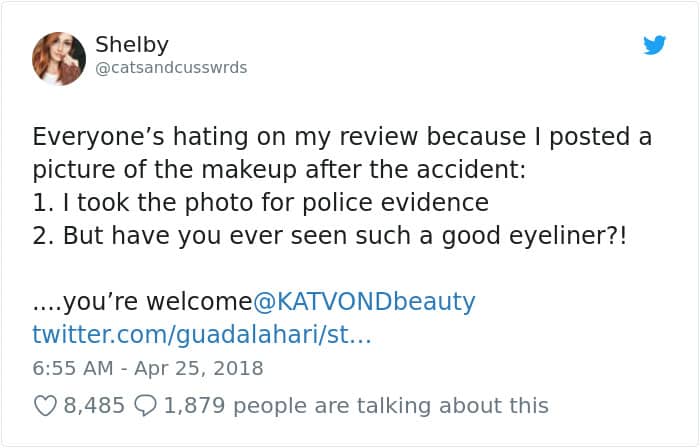