The San Francisco Police Department has just had an awesome addition to their array of crime-fighting vehicles – and it looks like something straight from a James Bond or Batman movie set.

The police force launched their new Quadski during last weekend’s game between the San Francisco Giants and Oakland Athletics. As you may have figured out from its name, the Quadski is a quad bike that also doubles as a jet ski. Naturally, the ride gained a lot of attention from curious netizens.

Although this marks the first time the SFPD has used such a vehicle, the Quadski has actually been around for several years now. Back in 2012, Gibbs created and debuted the sports vehicle to the public. Among their line of products, the Quadski XL gained fame and this is the same type SFPD now drives on the streets and waters of the city. 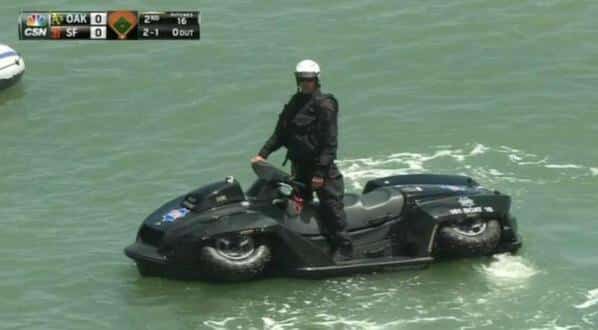 The Quadski has an expensive price tag of $50,000 USD and has the capacity to run 45 to 50 miles per hour on land or water. To do the transformation from an all-terrain to a jet ski, the rider only has to press a button. Now how cool is that?

True to Hollywood action flick fashion, the Quadski automatically transforms from an ATV to a jet ski by pressing a button. 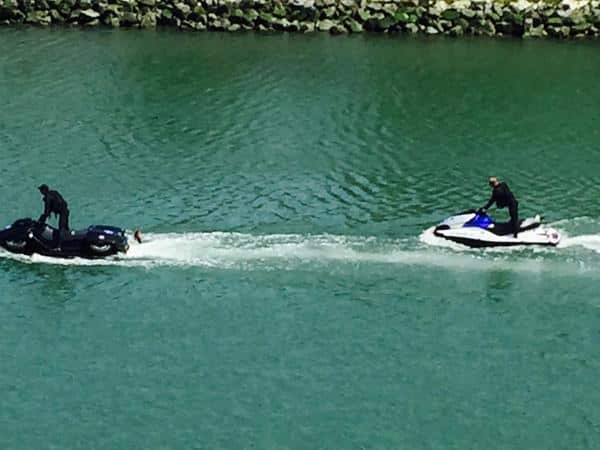 Concerned citizens worrying about how the police can afford such a luxurious vehicle have been previously shut down by the department.

According to them, the Quadskis are actually donated by Mark Benioff, CEO of Salesforce. So nope, no need to be anxious about how the public’s taxes were wasted on such a costly ride – although we’re guessing it’s an entirely different story when it comes to maintenance, right?

#sfpd. I'm sure the cops will say they were zipping around Mission Bay on important police business but looked fun.

So far though, most are still having a hard time figuring out how the Quadski will be used in police operations? Is a transforming vehicle really necessary in pursuing criminals? We’ll all have to wait and see it in action. In the mean time, let’s just envy that lucky cop who drives it as his patrol ride. 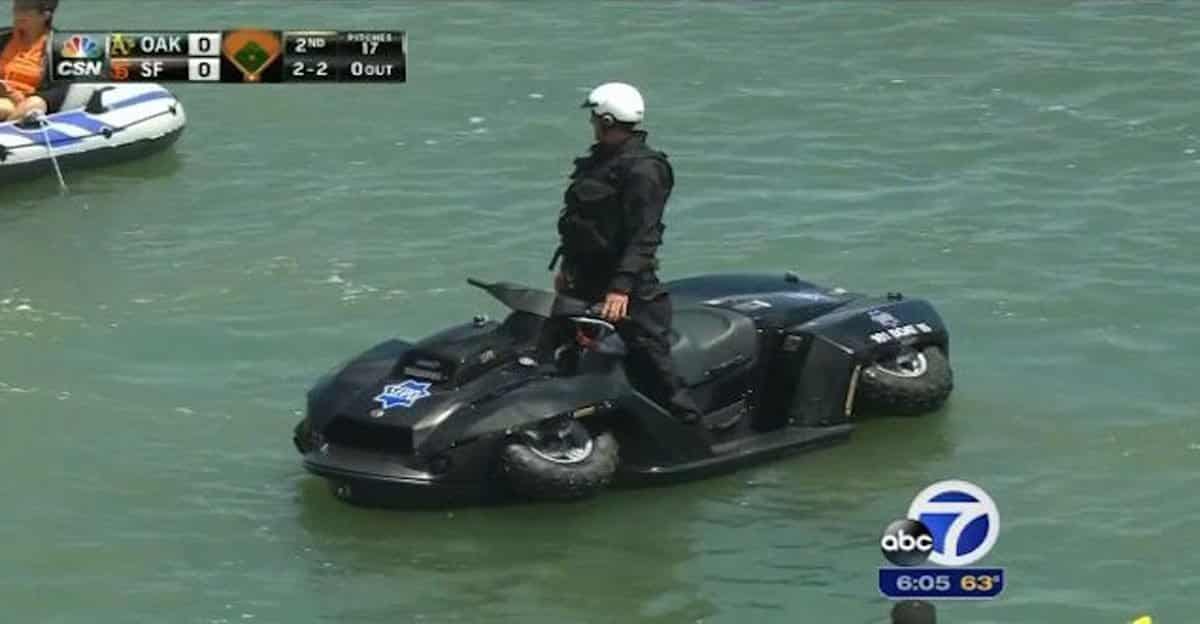