Kickstarter is an online crowdfunding platform that often highlights new technology developed by start-ups. These small companies need added financial support for developing and manufacturing their products. One of the most talked about creations featured in Kickstarter is Scorkl, which is described as an underwater breathing device. The man behind it is a scuba diving fanatic named David Hallamore, who is based in Australia.

Scorkl’s main selling point is that it functions as a a “mini scuba diving equipment” that’s fuss-free. It promises to make it possible for its user to “breathe underwater for 10 minutes.” Although it is much smaller, the Scorkl cylinder has the same specifications and manufacturing standards as a normal scuba cylinder. 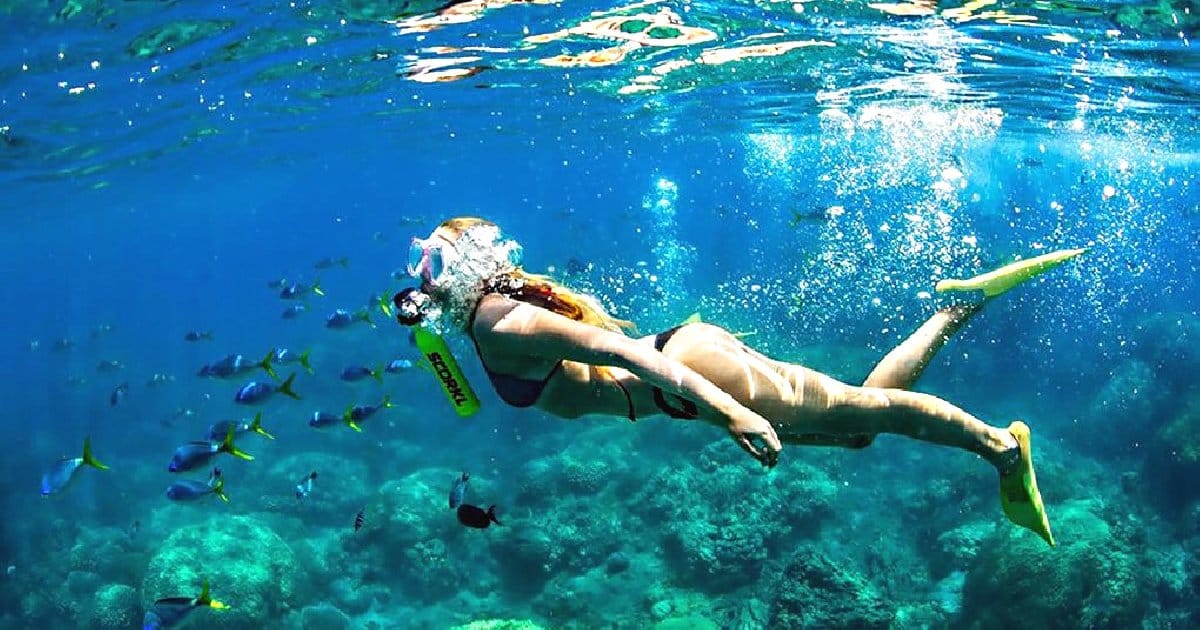 The makers of Scorkl say that the underwater breathing device is safe and user-friendly. However, they advise those who are not trained scuba divers to be aware of the risks and restrictions when it comes to using their product.

“Diving can be dangerous, and we feel it necessary to say that this apparatus is only designed for use in shallow water.” 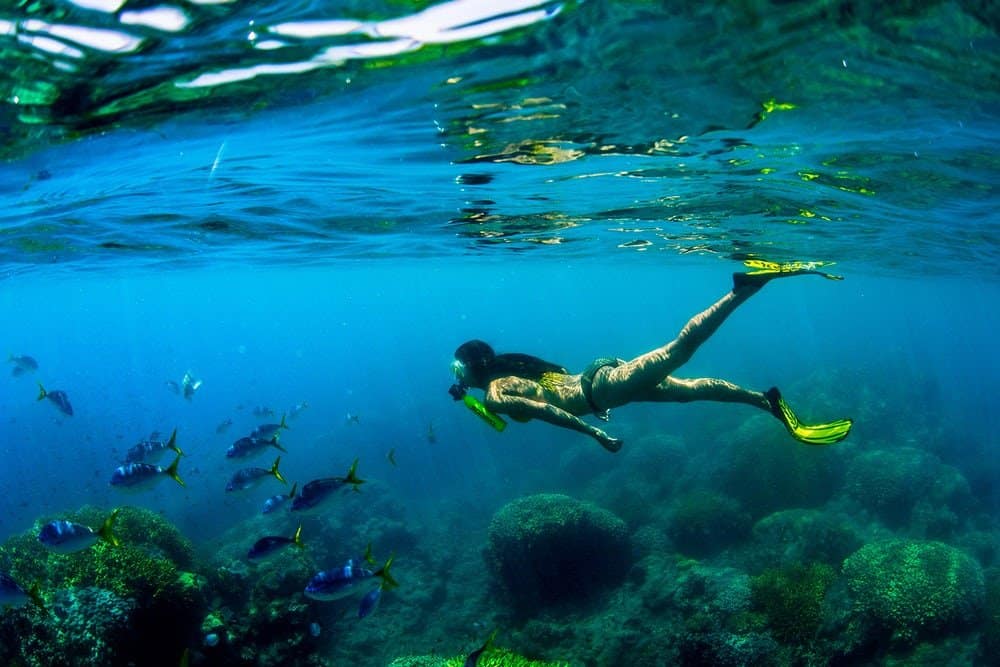 If Scorkl users go too deep into the water, they get decompression sickness, which is more commonly known as “the bends.”

A closer look at the new underwater breathing device. 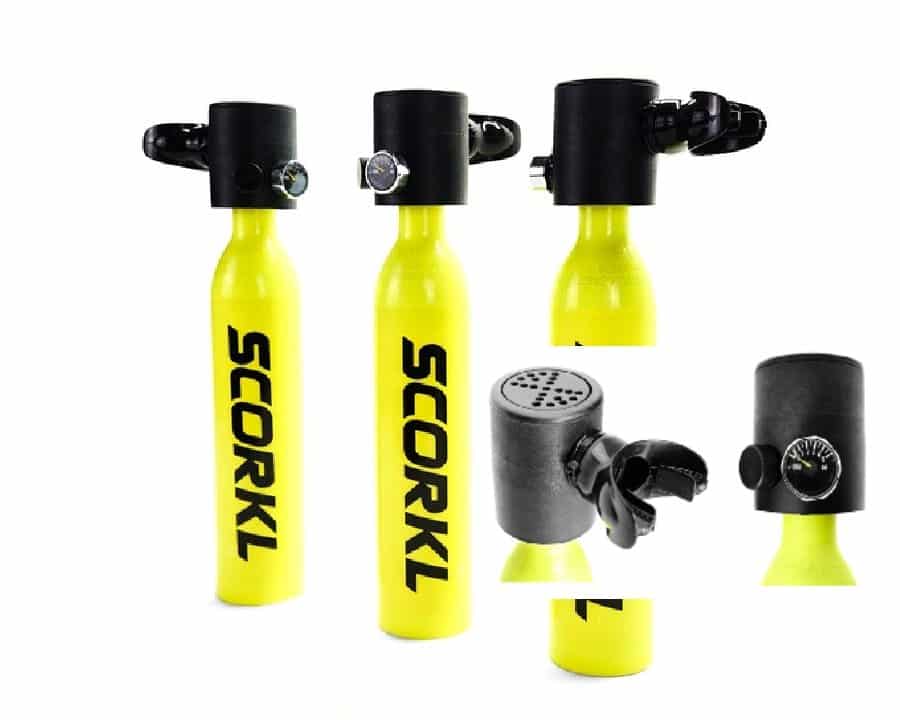 “Non-scuba trained users should not use the Scorkl below a three-meter depth (around 9.8 feet). Staying above three meters dramatically reduces the risk of pulmonary damage (although does not eliminate it entirely).”

Be warned: It's not recommended for beginners. 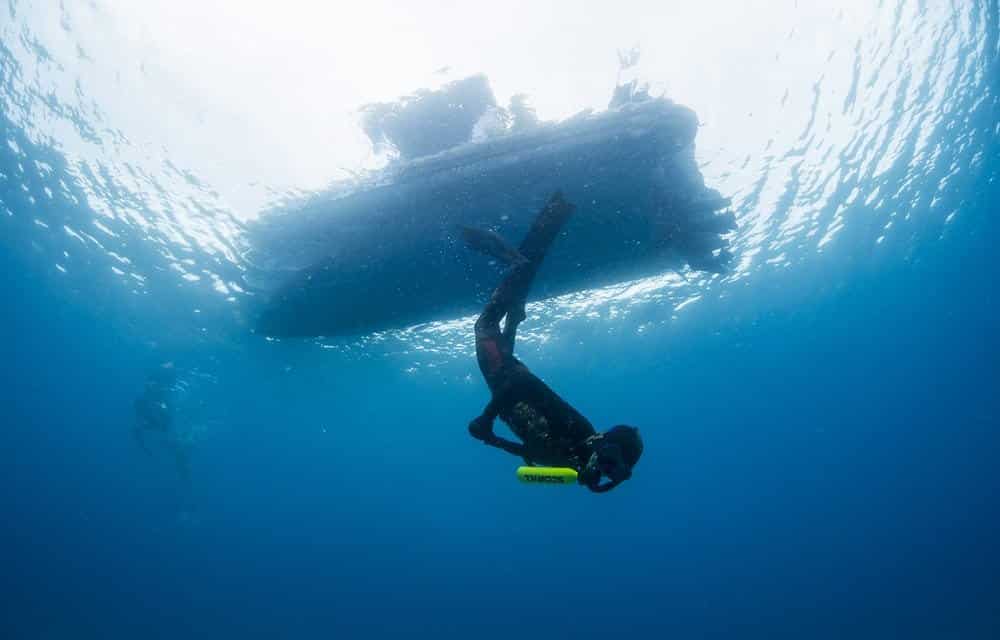 There’s also an additional precaution: Scorkl users also should not go underwater for more than five times each day. Otherwise, they may experience some side effects.

Scorkl isn’t widely distributed yet, but a lot of netizens have expressed excitement over it. However, there are also those who say that the idea is really “nothing new.”

“That’s a standard emergency tank most divers carry as a back up in case they have a problem with their main gear. They’ve been around for years.”

Scorkl will attract those who want to amp up their selfie game. 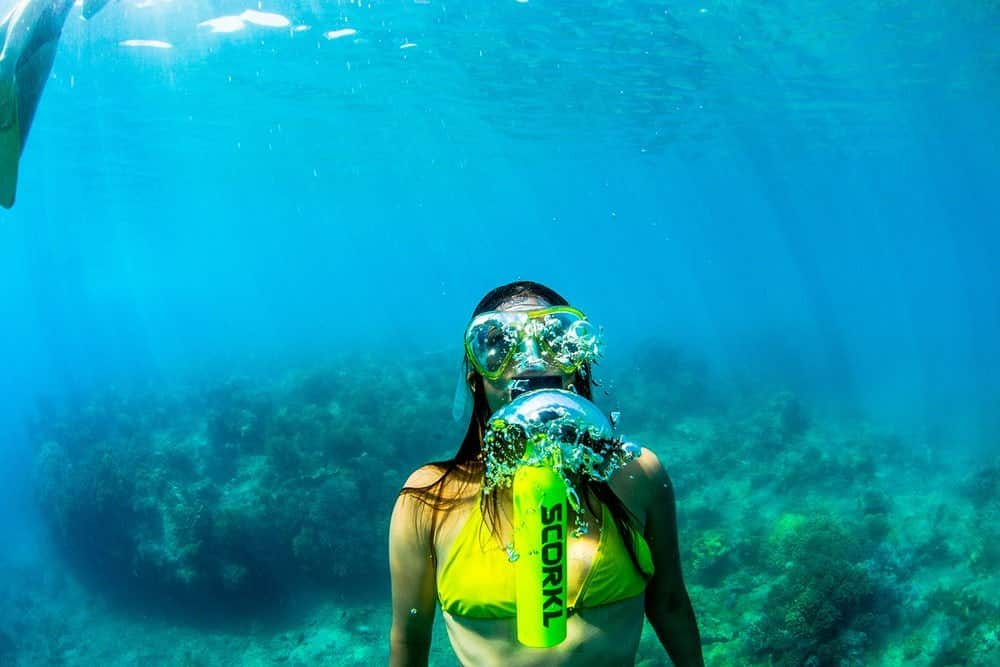 “Meanwhile, Unless they are marketed and sold for the purposes of emergency air only – like the ones that have been around 30 years or so. Treating these as a stand alone diving product is irresponsible. I fully expect the company to get sued at some point.”

Check out the Scorkl in action.

Then again, Edward and Robin’s concerns haven’t really gained traction. People are more excited about going underwater in he most carefree manner.