Here’s a new one for the record books.

There are a lot of animal species in the world that surprise humans when they first encounter them. Like blind fish living in underground rivers, snakes that give birth even without any males of its kind around, and spiders that jump high in the air and somersault like pinwheels across burning desert sands.

Another eye-opener recently came to light when scientists and explorers in the Eastern Himalayas discovered one of the most significant mammal findings in several years. They’ve come upon a “noseless” monkey…that sneezes!

…and with a mouth so generous it would give Angelina Jolie pillow-lip envy. 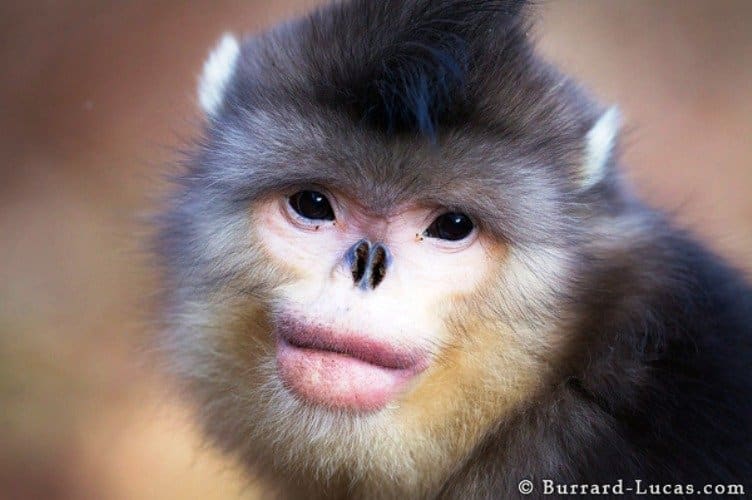 The odd-looking primate was first observed by hunters roaming Myanmar’s remote Kachin region, near where it borders China. The black and white monkey can reportedly be found easily when it rains, from the sound of their sneezes.

Apparently, during rainstorms, drops runs down their faces and into their hollow-looking snouts, causing them to expel the water by sneezing.

Though not technically noseless, the odd primates have faces that slope downward in the area where noses usually are, showing two vertical slits sitting in the valley between their eyes and mouth. 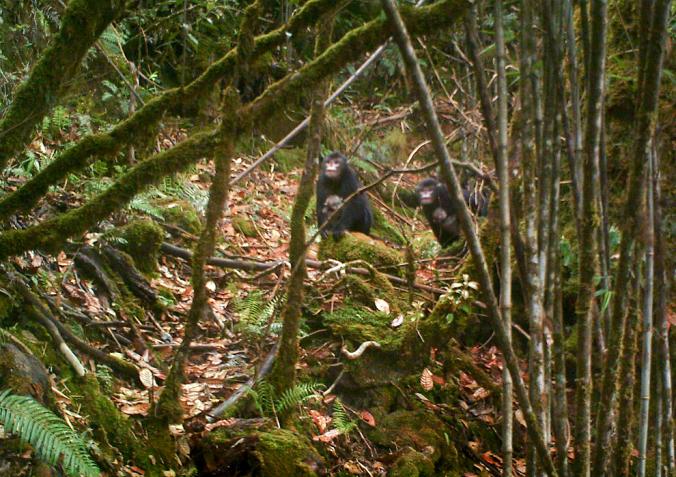 Because of the way their faces are constructed, their nose slits easily catch a variety of matter, such as raindrops, and the monkeys, often found with their faces tucked protectively between their knees during rainy season, are prone to sneezing fits. Just like humans during pollen season. 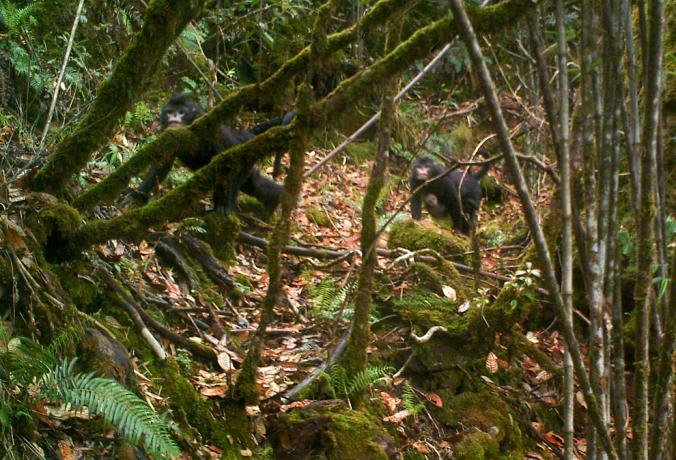 Dubbed “Snubby” by scientists who discovered the species, the “noseless” monkey was further documented using camera traps installed by conservationists from the People Resources and Conservation Foundation, the Nature Conservation Association and Fauna & Flora International.

"Snubby" in the wild. 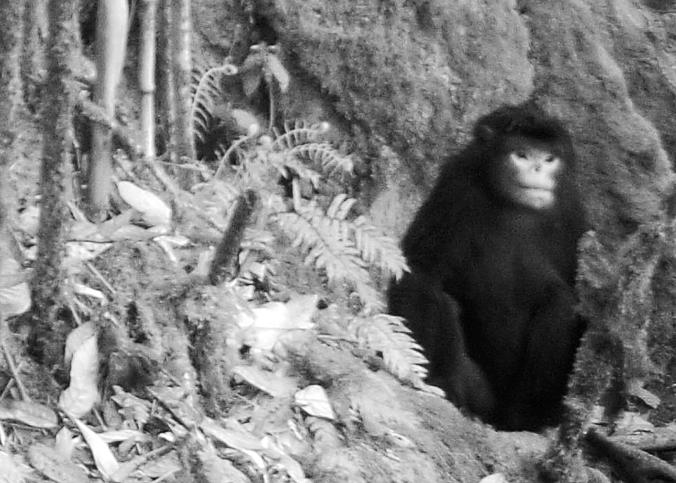 “Snubby” is one of over 200 other new animals documented in the Eastern Himalayas in the last few years, including a fish that can live and breathe on land as long as four days, and a jewel-colored viper. 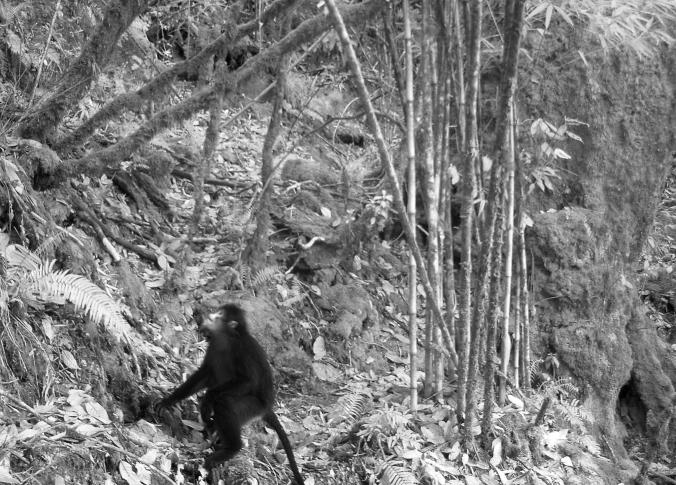 Heartwarming Reunion Of A Gorilla And The Man Who Raised Him 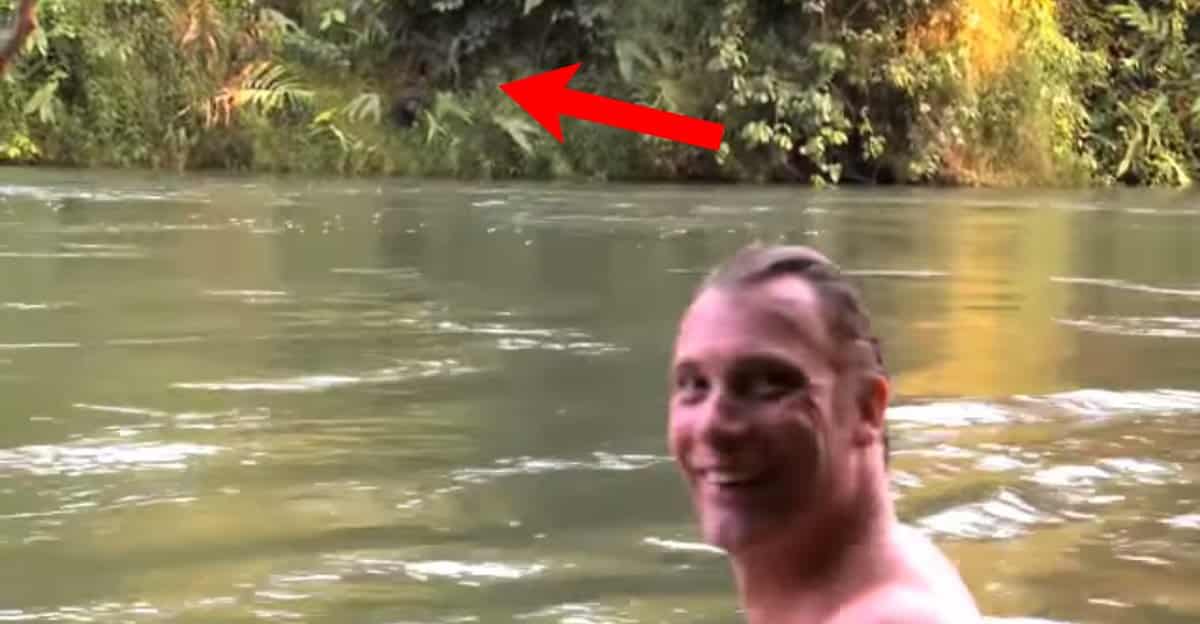