Sometimes when we see people who do not dress or act according to our standards we tend to judge them easily. Although words may not be spoken, the judgmental and self-righteous stares we throw their way are enough to communicate how we really feel. This is precisely why sometimes, people who are different tend to act out and be sarcastic as a self-defense mechanism.

This story, though, is quite different. Read on and be amused with the old man’s response.

I took my dad to the mall once to get him new shoes (he is 66). We decided to grab a bite at the food court. I noticed he was watching a teenager sitting next to him…the teenager had spiked hair in all different colors – blue, red, green, and orange. 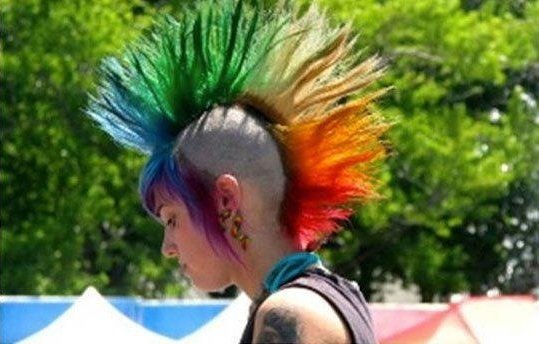 My dad kept staring at her. The teenager would keep looking and my dad would be staring every time. When the teenager had had enough, she sarcastically asked, “What’s the matter, old man, never done anything wild in your life?”

Knowing my dad, I quickly swallowed my food so I wouldn’t choke on his response – I knew he would have a good one.

In classic style he responded without batting an eyelid: “Got stoned once and screwed a parrot. Just wondering if you were my daughter.”