Getting behind the wheel of a car can give some drivers a powerful ego boost, particularly if the vehicle happens to be an expensive model.

Feeling dominant while in control of a vehicle doesn’t always bode well for the ones in control, however, and there are a lot of instances where wanting to dominate the highway gives birth to the all-encompassing feeling of road rage.

This particular hot-headed driver got a healthy helping of karma right after exhibiting some ill-timed aggression:

BMW attempts to crowd into the other lane… 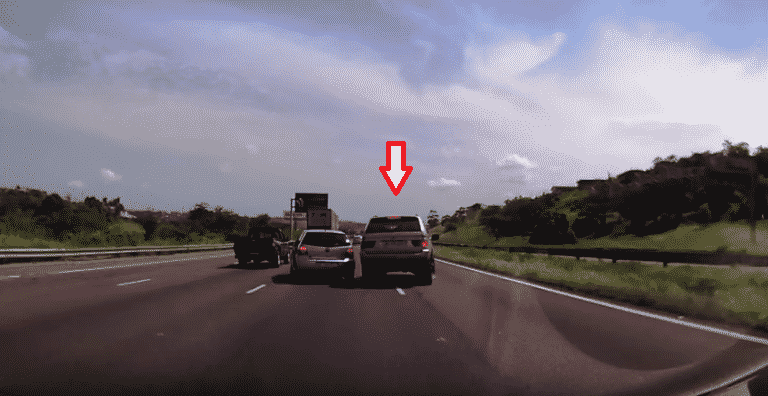 This road rager in Durban, South Africa gave vent to his entitlement over the lane he or she was driving in a video taken from a dashboard camera.

Trying to take over one lane, the driver of the BMW attempted to swerve on to the lane occupied by another car.

Fortunately, the driver of the smaller vehicle was quick-thinking enough to avoid the larger BMW by switching to another lane in the wide four-lane highway.

Too bad for the aggressive driver on the left, the risky scare tactic maneuver to overpower the smaller vehicle resulted in the BMW skidding towards the shoulder of the road. 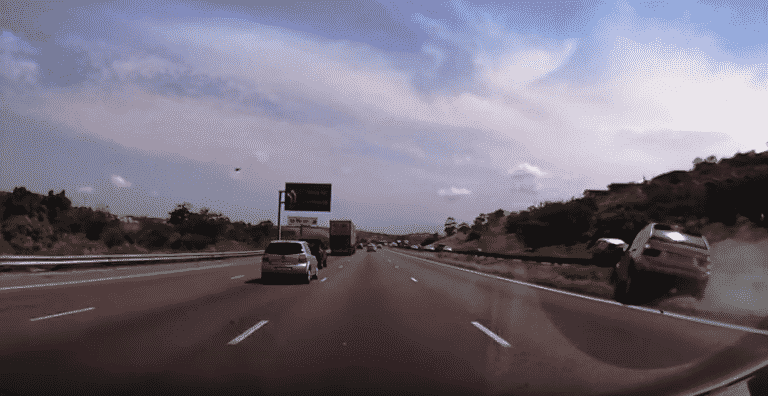 Trying to get the bigger car back on track to the right lane only caused it to hit the shoulder and fall into a ditch.

While no one was injured except for a healthy ego beating suffered by the errant driver, the incident just goes to show that road rage leads nowhere productive at all.

And that’s instant karma for you.