Mother Nature is filled with wanders and surprises which is why mankind should never ever take its provisions for granted. Authentic freshwater pearls are one of the most expensive jewelry pieces with the way it is intricately formed by nature. Because of this, a pearl has become the foremost metaphor for precious and unique value. A pearl that is smooth and perfectly round, it is without a doubt that such a gemstone contains high value. It is known that a clam can rarely produce pearls as oysters usually do so. However, a woman just experienced a big shocker with the wild card clam of Mother Nature… 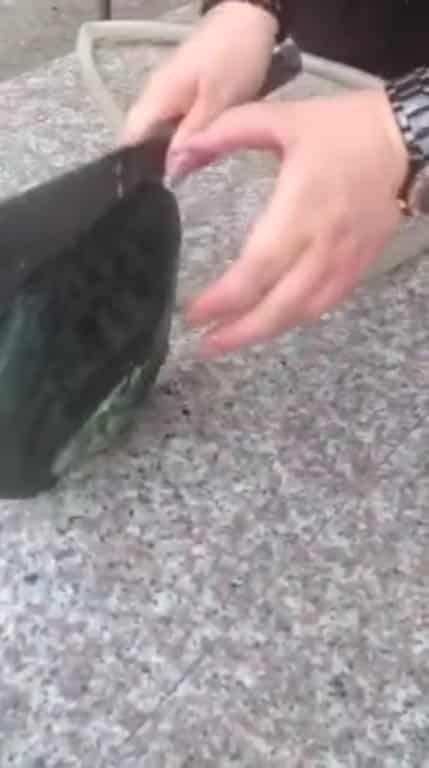 A video of a woman has gone viral in the internet as she works to open up more than a fist – sized clam. Using a butcher knife, she worked to force the clam open hoping to find a pearl or two inside that could probably be worth a fortune. Looking back, a man once accidentally found a pearl in his clam stew and it was worth over $10,000! So perhaps, this woman had that exact thought.

After some serious and careful effort, the woman finally opened the clam and got more than what she had imagined. At first, the clam’s mollusk greeted her with some familiar bumps on the side. Slowly, she unearths the soft, gooey flesh and lo and behold a pearl resurfaces. Just when she thought she was lucky to find one pearl, she continued her search to find one after another. Bewildered at the number, she unveiled more until she reached a handful! Talk about getting more than what you bargained for!

There hasn’t been any confirmed pricing as to how much the pearls found in this clam were worth but they should reach a significant amount once she turns them in to the jewelers. But who knows, she could basically just get these stones furnished and have them made as her own precious accessory.